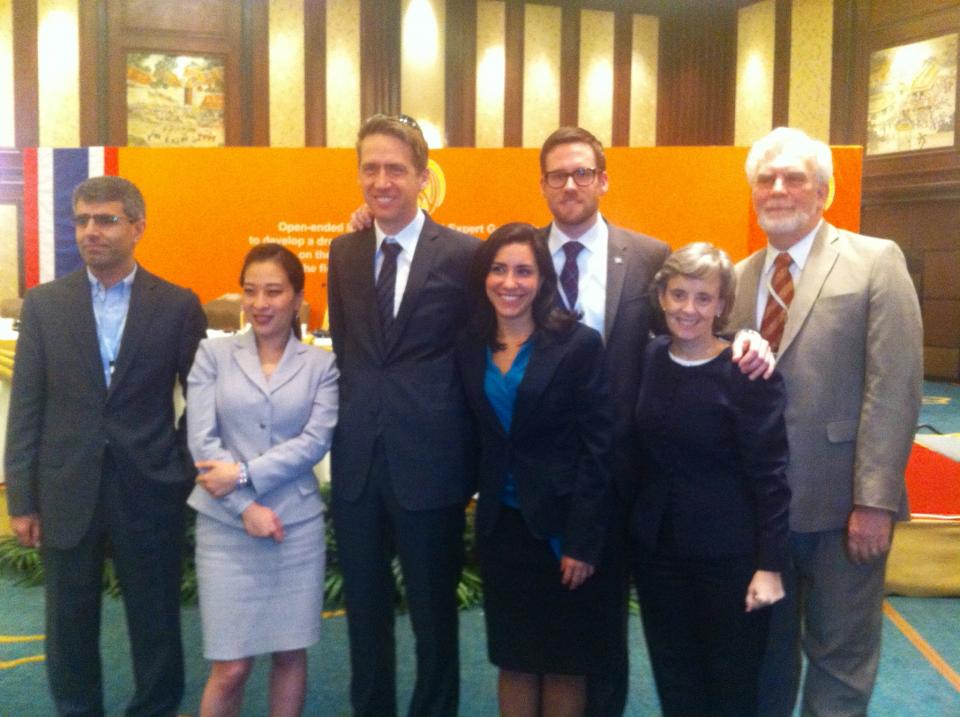 Bangkok (Thailand) 19 February 2014 - Building upon General Assembly resolution A/RES/68/189, an inter-governmental expert group met in Bangkok to develop United Nations model strategies to address violence against children in the criminal justice system. Chaired by Her Royal Highness Princess Bajrakitiyabha Mahidol, and hosted by the Government of Thailand in cooperation with the Thailand Institute of Justice and UNODC, the meeting gathered experts from different regions, representing governments, UN agencies and civil society organizations.

The draft model strategies is framed by international human rights instruments and UN standards adopted in the field of the administration of justice, and informed by studies conducted in this field, including the joint report of OHCHR, UNODC and the SRSG on Violence against Children Prevention of and responses to violence against children within the juvenile justice system; the joint report by the SRSG and the Special Rapporteur on Sale of Children, Child Prostitution and Child Pornography; Child-sensitive counselling, complaint and reporting mechanisms to address violence against children; and the SRSG report Promoting Restorative Justice for Children.

As highlighted in the meeting, across regions thousands of children continue to be deprived of liberty as a privileged response, rather than as a measure of last resort, in many cases awaiting trial for long periods of time. A large proportion of these children are held for minor offences and detained in inhuman conditions, where they risk ill-treatment, sexual abuse, and torture and humiliating treatment by staff, as a form of control, discipline or punishment.

The new model strategies and practical measures will provide a concrete tool to narrow the gap between child rights standards and the realities on the ground.

The draft agreed upon in Bangkok will be submitted to the twenty-third session of the Commission on Crime Prevention and Criminal Justice, to be held in May 2014, in Vienna. Subsequently, the draft model strategies will be presented to the Economic and Social Council with a view to their further adoption by the General Assembly.