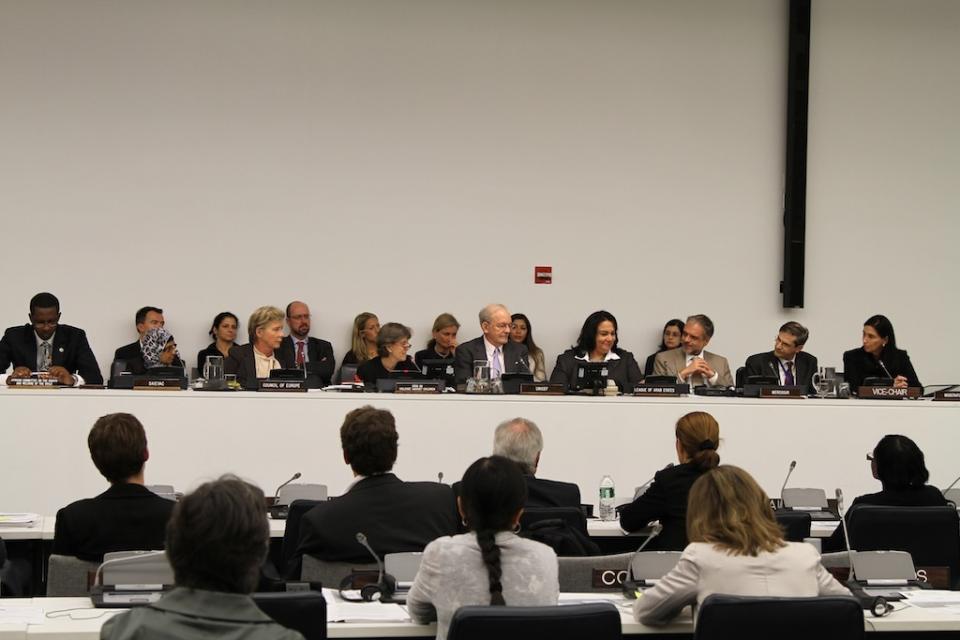 New York, 12 October 2011 – A joint statement from regional organizations working on protection of children from violence was adopted, on Tuesday 11 October, at a roundtable discussion at the United Nations Headquarters.

The signatories include representatives of the Council of Europe, the League of Arab States, the MERCOSUR Pro-Tempore Permanent Commission of Nin@Sur, the South Asia Initiative to End violence against Children (SAIEVAC), and the African Committee of Experts on the Rights and Welfare of the Child.

In the statement, the organizations and institutions commit to promote the sharing of experiences, good practices and lessons learned in the implementation of the recommendations of the UN Study on Violence against Children and to support the development of a platform, under the auspices of the SRSG on VAC, for knowledge-sharing on regional efforts to protect children from violence. They also agreed to promote cooperation with key stakeholders, including independent institutions on the rights of the child, parliamentarians, civil society, including children, religious leaders, the private sector and the media to strengthen children’s protection from violence.

Marta Santos Pais, Special Representative of the Secretary-General on Violence against Children underlined the importance of “this historical landmark in the process of collaboration between regional organizations to protect children from violence. The commitments included in this statement can have a decisive catalytic effect across regions”.

UNICEF’s Executive Director, Anthony Lake, addressing the regional representatives, highlighted the importance of cross-regional cooperation: “Bringing all of you together with all the countries and cultures and expertise that you represent can be a milestone on our journey to eliminate violence towards children.  You play a critical role in translating international commitments into regional priorities and national action”.

Significant publications were also launched during the event, including the SRSG’s publication Political Commitments by Regional Organizations and Institutions to prevent and Address Violence against Children, the League of Arab States’ The Comparative Arab Report on Implementing the recommendations of the UN Secretary-General’s Study on Violence against Children, and  the Council of Europe’s keys to protect Children against violence.