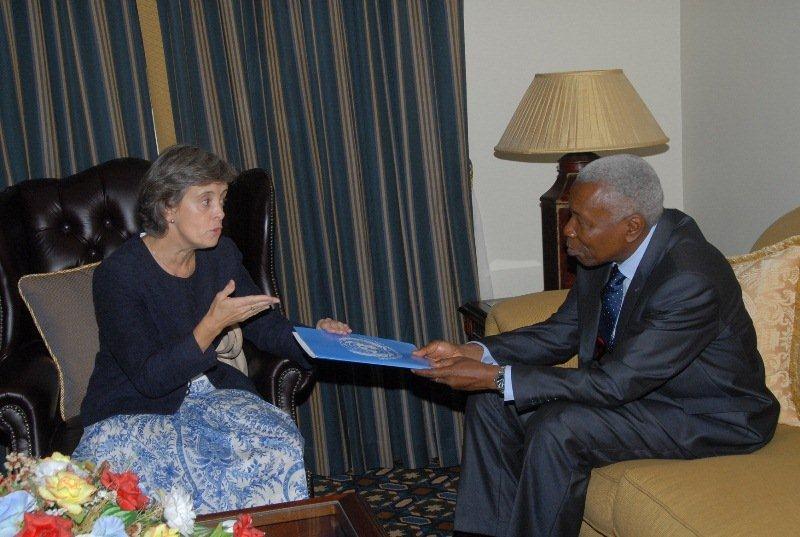 Tanzania, 20 September 2011 - On a four day visit to Tanzania, the Special Representative of the Secretary General on Violence Against Children, Marta Santos Pais, welcomed the ground breaking national study on violence against children, and the strategic priority responses announced by the Government to address the findings of the study.

The study was based on interviews with 6000 young people between 13 and 24 years of age and conducted by a Multi Sector Task Force with the participation of leading ministries, the Commission for Human Rights and Good Governance (CHRGG), UN agencies and civil society organizations. The study was supported by UNICEF and the U.S. Centers for Disease Control and Prevention.

“Tanzania has taken a decisive step with the development of this significant survey designed to capture the magnitude of sexual, physical and emotional violence affecting girls and boys. The findings of the survey and the commitments made by the Government to promote a critical policy agenda to respond to the critical concerns identified by the study open decisive opportunities for promoting an evidence based process of implementation to strengthen children's protection from violence.

The Government of Tanzania is to be congratulated for the priority given to violence against children and for the multi-sectoral approach taken during this process”, stated the SRSG during her visit.

On Tuesday, the SRSG met the Vice-President of Tanzania, H.E Dr. Mohamed Gharib Bilal to discuss the findings of the study.

During her visit, Marta Santos Pais also met the Ministers of Community Development Gender and Children, of Justice and of Education, as well as the Commission on Human Rights and Good Governance, civil society organizations, religious leaders as well as young people who are expected to play a crucial role in the process of implementation that will follow.