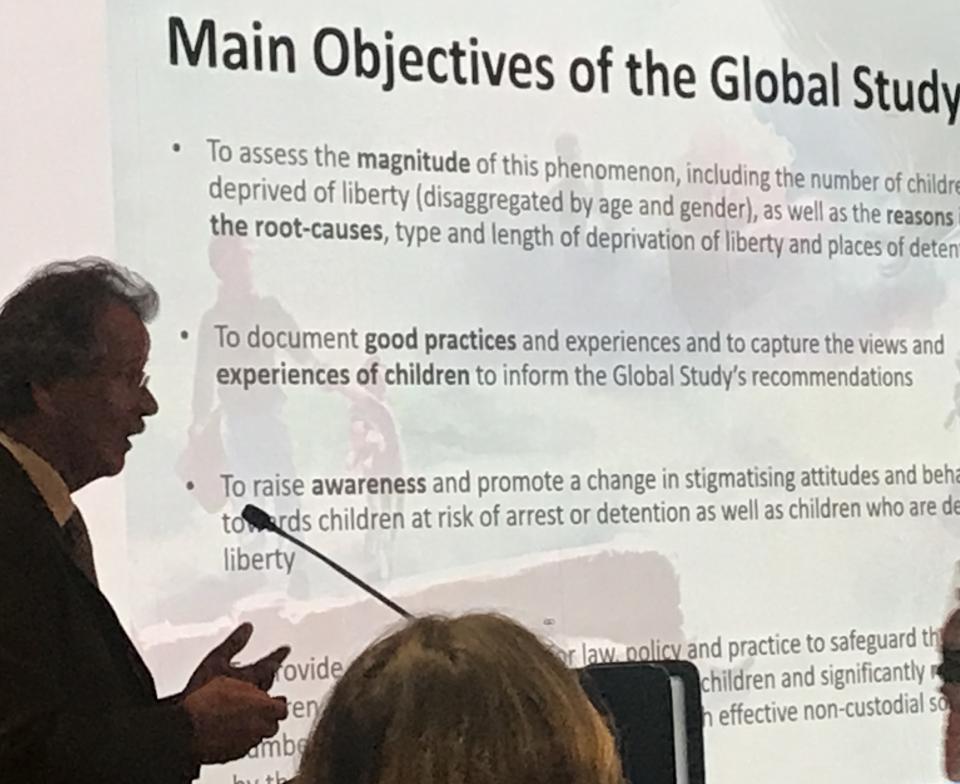 Geneva/ New York, 8 October 2019 – The United Nations Task Force supporting the Global Study on Children Deprived of Liberty calls on Member States to put an end to children’s deprivation of liberty, following the submission and presentation of a report by the Independent Expert to the UN General Assembly.

The Independent Expert’s report highlights that while this year marks the 30th anniversary of the United Nations Convention on the Rights of the Child, a landmark treaty aiming at promoting and protecting the rights of children’s worldwide, countless children still suffer violations of their basic human rights. The UN Task Force further notes that in adopting the 2030 Agenda for Sustainable Development Member States made a clear commitment to leave no child behind and yet, children deprived of liberty continue to be one of the most vulnerable, invisible and forgotten groups in societies across the globe.

The UN Task Force joins the Independent Expert in calling on States to end the deprivation of liberty of children or those at most risk as a matter of urgency. The Task Force emphasizes that it is indeed time to put the most vulnerable first.

Children around the world are deprived of their liberty in closed institutions, psychiatric centres or detention facilities, sometimes together with adults. Furthermore, children are detained for national security, armed conflict or migration-related reasons.

They are denied family care and access to justice, often unable to challenge the legality of their detention. These children are exposed to further human rights violations, enduring cruel, inhumane and/or degrading conditions. Furthermore, they are often denied the right to education, and health care, and do not benefit from tailored and long-term rehabilitation and reintegration support. Deprivation of liberty has a destructive impact on children’s physical and mental development, and often compounds trauma they have suffered.
The UN Task Force believes that the presentation of the report creates a unique momentum to learn from children and Member States’ experiences. The UN Task Force member organizations express their strong commitment to work together with Member States, civil society and children themselves to end children’s deprivation of liberty and safeguard their rights as enshrined in the Convention on the Rights of the Child and other international standards, and further re-affirmed in the 2030 Agenda for Sustainable Development.