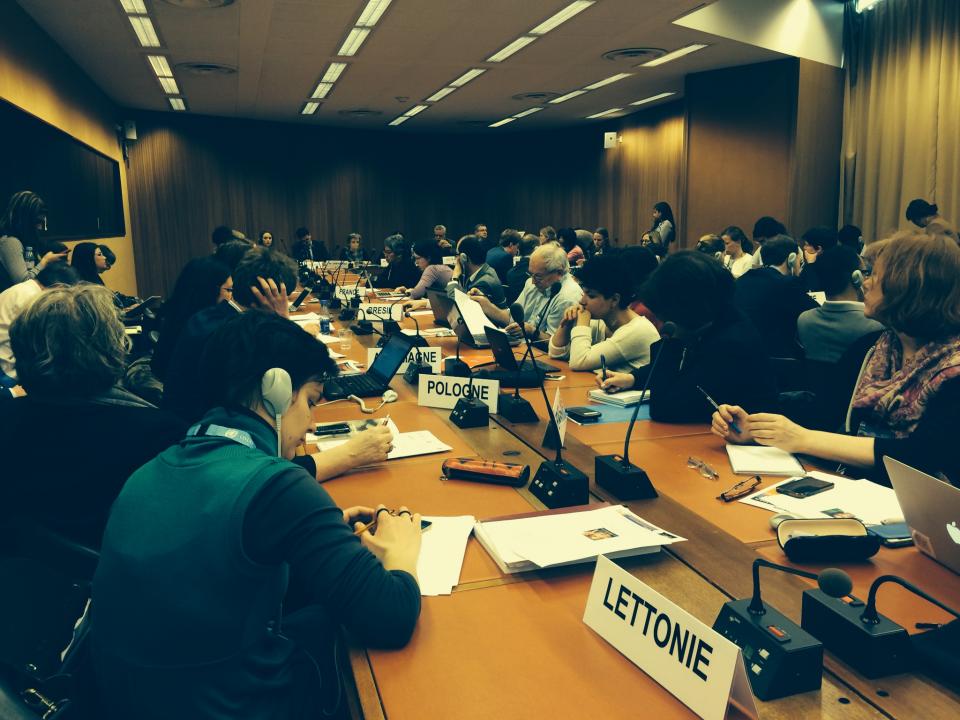 Geneva 10 March 2015 - On the occasion of the Human Rights Council session, the SRSG joined a side event with the theme "2015 : towards better investment in the rights of the child" organised by the Working Group on Violence Against Children of Child Rights Connect.

The event aimed at stressing the importance of ensuring that prevention, protection and action to end violence against children becomes a priority in the post-2015 development agenda.

"We see progress in the elimination of violence against children. But this is not good enough. For the Post-2015 agenda, children's message is loud and clear: violence compromises development and has to be brought to an end. It is important to act now to end violence against children because we will not get a similar chance for 15 years." said SRSG Santos Pais.

As part of her advocacy efforts to place violence against children high in the global policy agenda, SRSG Santos Pais joined other UN officials, members of the civil society and governments across regions in a global campaign titled Act Now - End Violence Against Children Working Group on Violence against Children of Child Rights Connect. The campaign aims at raising awareness and commitment amongst governments, partners, and at the UN level on the importance of including prevention of violence in the Sustainable Development Goals.