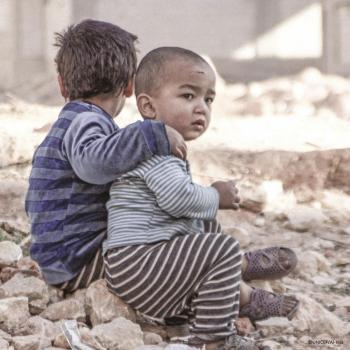 Guided by the  International Bill of Human Rights and other international standards such the UN Convention on the Rights of the Child, the Convention on the Rights of All Migrant Workers and Members of their Families, the New York Declaration for Refugees and Migrants, the 1957 Refugee Convention and its 1967 Protocol, the Global for Migration and the Global Compact on Refugees provide crucial guidance for governments’ actions to safeguard the rights of every child under their jurisdiction, including the 36.1  million migrant children  and refugee children who make up half of the refugee population around the world.

In recent years, the number of people forced to leave their communities has grown by more than 50%, often as a result of violence, poverty, persecution or conflict. This situation has a serious impact on children. They are at high risk of violence, neglect, abuse and exploitation, military recruitment throughout their journey, especially those who travel unaccompanied or separated from their families, but children often do not even feel safe when they reach the end of their journey. While their fate is being decided, children may endure humiliation, bullying, physical attacks and sexual abuse and fail to benefit from the protection they are entitled to and that they desperately need.

The right of every child to safety and protection does not cease when they are compelled to move into a different jurisdiction. In fact, States must guarantee that children on the move are never separated from their families, are not deprived of liberty and that they are entitled to the continuum of the protection to their human rights. With the universal imperative to protect children from harm recognized by the Universal Declaration of Human Rights and the Convention on the Rights of the Child, and reiterated by the Global Compact for Migration, the Global Compact on Refugees, as well as by the 2030 Sustainable Development Agenda and its target 16.2 that calls for the elimination of all forms of violence against children - important commitments have been made and States have clear guidance for action. 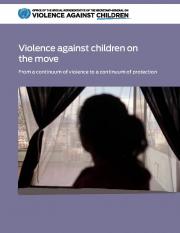 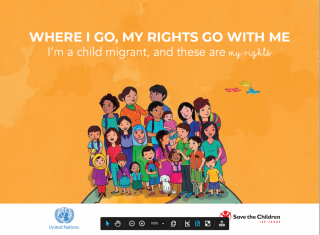 In 2017, the Committee on the Rights of the Child and the Committee on the Protection of the Rights of All Migrant Workers and Members of Their Families adopted two Joint General Comments regarding the safeguard of the rights of children in the context of international migration.  This child friendly publication was developed jointly with Save the Children and presents the principles and strategic actions highlighted by the two UN Committees to promote and protect the rights of international migrant children. Child friendly publication “My rights travel with me. I am a migrant boy or girl. These are my rights” English

Joint general comment No. 4 (2017) of the Committee on the Protection of the Rights of All Migrant Workers and Members of Their Families and No. 23 (2017) of the Committee on the Rights of the Child on State obligations regarding the human rights of children in the context of international migration in countries of origin, transit, destination and return* - CMW/C/GC/4-CRC/C/GC/23

Protocol to the Convention relating to the Status of Refugees - Download

The 2030 Agenda and children on the move

Brazil Declaration and Plan of Action on Refugees - Download

North Africa and the Middle East

Arab strategy for the protection of refugee and displaced children in Arab countries. the strategy was adopted from the Arab Economic and Social Development Summit  in its 4th session - 2019 Download (Arabic)

Framework for Family Agenda 2030 in the Arab Region Download (Arabic)

Arab Convention on Regulating Status of Refugees in the Arab Countries, 1994 - Download