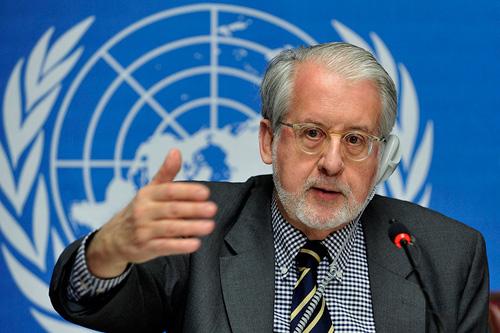 The UN Secretary General’s Study on Violence against Children (A/61/299), led by Professor Paulo Sergio Pinheiro, addressed violence against children in five settings: the family, schools, alternative care institutions and detention facilities, places where children work and communities. The Study called for urgent action to prevent and respond to all forms of violence and presented a set of strategic recommendations.In 2002, General Assembly Resolution A/RES/56/138 requested the Secretary-General to conduct an in-depth study on the question of violence against children, following a recommendation of the Committee on the Rights of the Child.

To promote dissemination of the Study and ensure effective follow up to its recommendations, the Study called for the appointment of a Special Representative of the Secretary-General on Violence against Children (SRSG).

Through GA resolution 62/141, of 22 February 2008 the General Assembly requested the Secretary-General to appoint for a period of three years a Special Representative on violence against children, at the highest possible level.

Appointment of the SRSG on Violence against Children 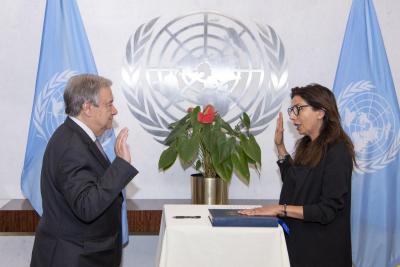 On 30 May 2019, the Secretary-General appointed Dr. Najat Maalla M'jid (Morocco) as his Special Representative on Violence against Children.

The SRSG reports directly to the UN Secretary-General, chairs the United Nations Inter-Agency Working Group on Violence against Children and collaborates closely with a wide range of partners, within and beyond the UN system. The mandate was established for a period of three years. In November 2012, the Third Committee of the United Nations General Assembly approved by consensus the omnibus resolution on the promotion and protection of the rights of children (A/67/152). The resolution recommended that the Secretary-General extend the mandate of the Special Representative on Violence against Children for a further period of three years and decided that "for the effective performance of the mandate and the sustainability of the core activities the mandate of the SRSG shall be funded from the regular budget starting at the biennium 2014-2015".

The Office of the Special Representative is located in New York and is part of the Secretariat of the United Nations. 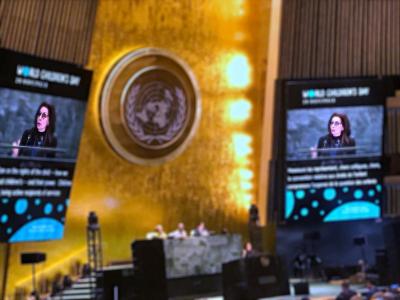 The SRSG is a global independent advocate in favour of the prevention and elimination of all forms of violence against children. The SRSG acts as a bridge builder and a catalyst of actions in all regions, and across sectors and settings where violence against children may occur. She mobilizes action and political support to maintain momentum around this agenda and generate renewed concern at the harmful effects of violence on children; to promote behavioural and social change and to achieve effective progress.

The mandate of the SRSG is anchored in human rights standards, promoting the universal ratification and effective implementation of core international conventions. The SRSG cooperates closely with human rights bodies and mechanisms, with UN funds and programmes and specialized agencies, and with regional organizations. She also promotes cooperation with national institutions and civil society organizations, including children and young people.

The SRSG makes use of mutually supportive strategies, including the contribution to strategic meetings at the international, regional and national levels, the identification of good practices and experience across regions, sectors and settings; the organization of field missions; and the promotion of thematic studies and reports.

The SRSG reports annually to the Human Rights Council and the General Assembly. In addition to her regular reports, the SRSG can issue thematic reports on key areas of concern.