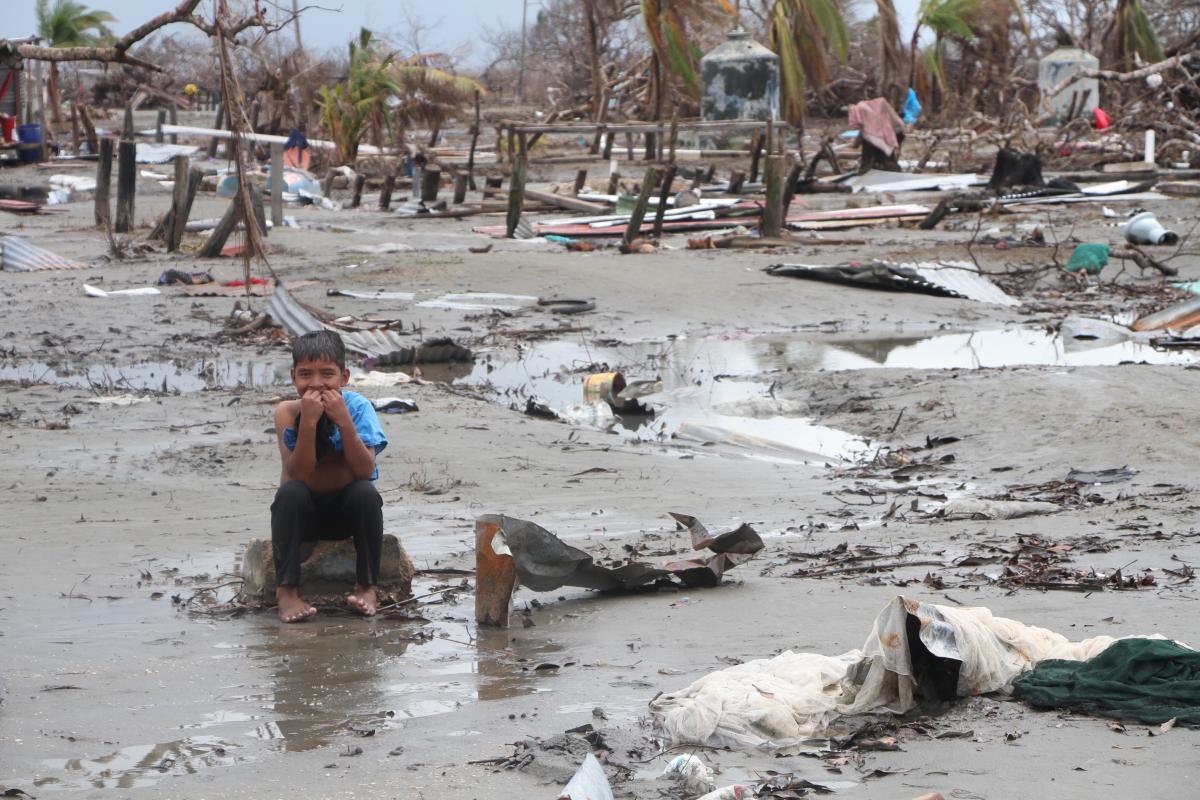 The climate crisis is one of the major global challenges of our time. We are facing a ‘new normal’ of rising sea levels, devastating floods, cyclones, air pollution, global warming, extreme weather events, among others. Yet children – who bear the least responsibility for the climate crisis – are among those hit hardest by its impacts

The cumulative shocks of the climate crisis are exacerbating pre-existing crises, including the socioeconomic impact of the COVID-19 pandemic, ongoing financial crises and armed conflicts. It magnifies the threat of all forms of violence against children, including gender-based violence, child marriage, child labour, abduction, trafficking, sexual violence and recruitment into criminal, armed and/or violent extremist groups.
A paradigm shift is needed as a matter of urgency. This must be based on the inclusion of children as part of the solution, far greater investment in their well-being, and child-sensitive climate laws and policies that are backed by adequate resources and monitoring.
According to UNICEF, only 42% of all nationally determined contributions contain direct references to children or young people, only 20% contain a specific mention of children, and less than 2% mention their rights. Far more needs to be done to ensure child-sensitive responses to the climate crisis.

Moreover, governments, the business sector and the international community must adopt and implement child-sensitive climate laws and policies, with dedicated resources and robust monitoring and accountability mechanisms. Children and young people must be involved in the implementation and development of those policies, including those who are the most vulnerable to, and most affected by, the climate crisis.
Ensuring sustainable solutions means strengthening the capacities of children and young people, investing in their education on climate change and environmental issues, and equipping them to be part of the solution in disaster risk reduction and climate mitigation efforts.

With less than eight years remaining to keep the promise made through the Sustainable Development Goals to end all forms of violence against children, there is a need to learn the lessons from the pandemic, ongoing humanitarian emergencies and the climate crisis and to invest in an inclusive, resilient and safe recovery for all children worldwide, leaving no one behind.

Presentation of the Annual Report to the Third Committee UNTV

Climate crisis and violence against children 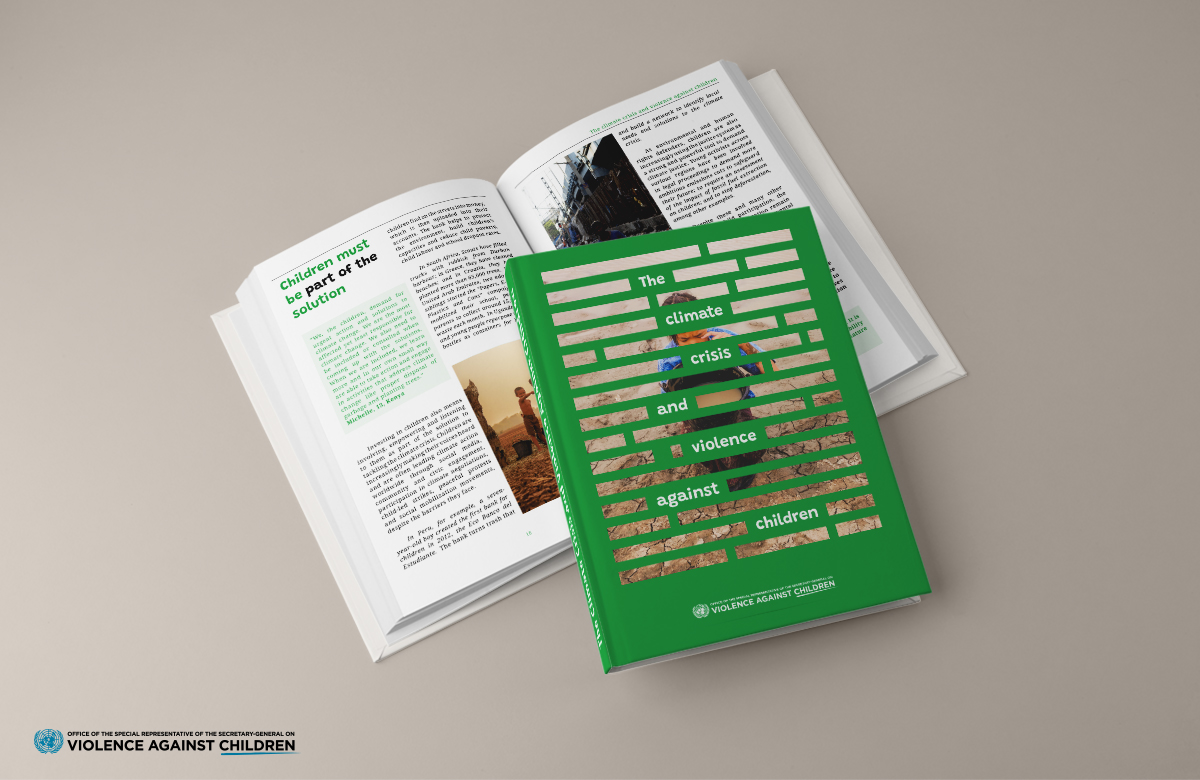 On 10 October the Special Representative launched an advocacy brief  under the theme "Climate Crisis and Violence against Children". The hybrid event was organized in close cooperation with the EU Delegation to the United Nations, the UN Office on Drugs and Crime and gathered over 500 participants both in person and online.

The paper recalls that children – who bear the least responsibility for the climate crisis
– are among those hit hardest by its impacts, with around 1 billion of them exposed to its risks.

The advocacy brief demonstrates that climate crisis is a ‘threat multiplier’ for violence against children, exacerbating every challenge – from poverty to displacement and loss of education – that enables such violence to thrive. While no child is immune to the combined impact of the climate crisis and violence, that impact falls most heavily on the children who are already the most disadvantaged. In her opening remarks at the launch of the report, the Special Representative called for "a paradigm shift as a matter of urgency" based on the inclusion of children as part of the solution, far greater investment in their well-being, and child-sensitive climate laws and policies that are backed by adequate resources and monitoring. 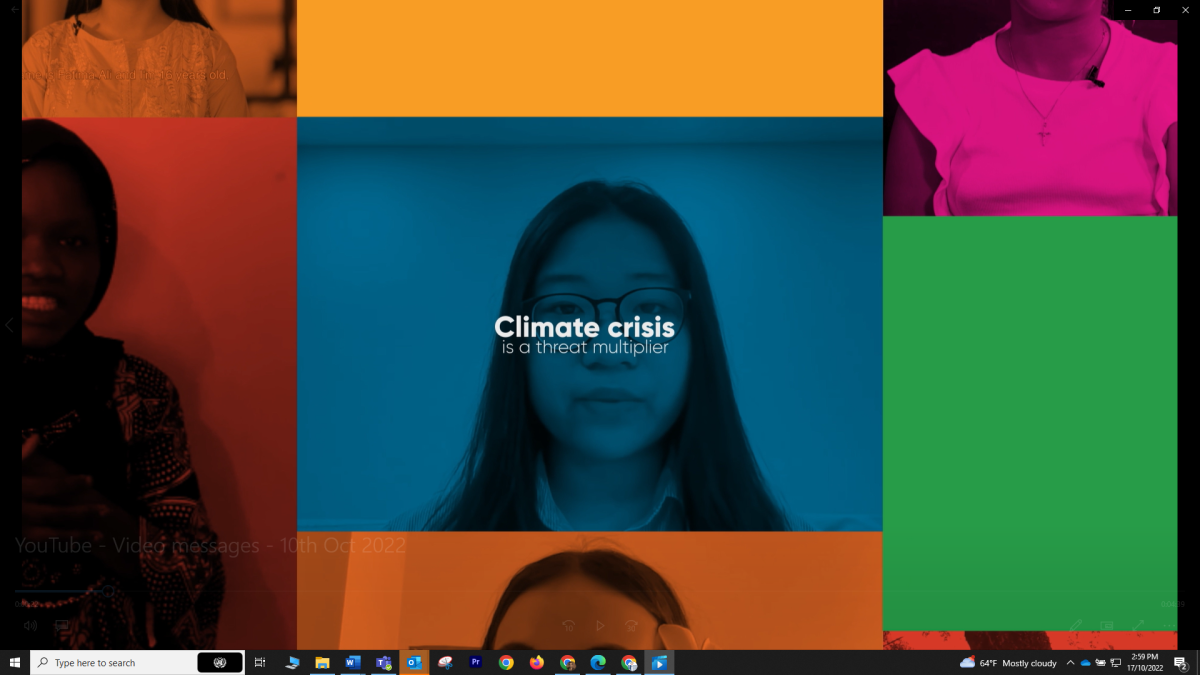 Investing in children also means involving, empowering and listening to them as part of the solution to tackling the climate crisis. Children are increasingly making their voices heard  and are often leading climate action worldwide through social media, community and civic engagement, participation in climate negotiations, child-led strikes, peaceful protests and social mobilization movements, despite the barriers they face.

As environmental, climate and human rights defenders, children joined their voices in a compelling video to demand enhanced action from policy-makers on climate justice.

Across the globe, many children and young people are taking action and using the justice system as a strong and powerful tool to demand climate justice. Young activists across various regions have been involved in legal proceedings to demand more ambitious emissions cuts to safeguard their future; to require an assessment of the impact of fossil fuel extraction on children; and to stop deforestation, among other examples.

The video is a strong reminder that children and young people must be involved in the implementation and  development of those policies, including the most vulnerable and most highly affected. Strengthening their capacities, investing in climate change and environmental education and equipping children to be part of the solution in disaster risk reduction and climate mitigation efforts is key to ensuring sustainable solutions. assessment of the impact of fossil fuel extraction on children; and to stop deforestation, among other example. 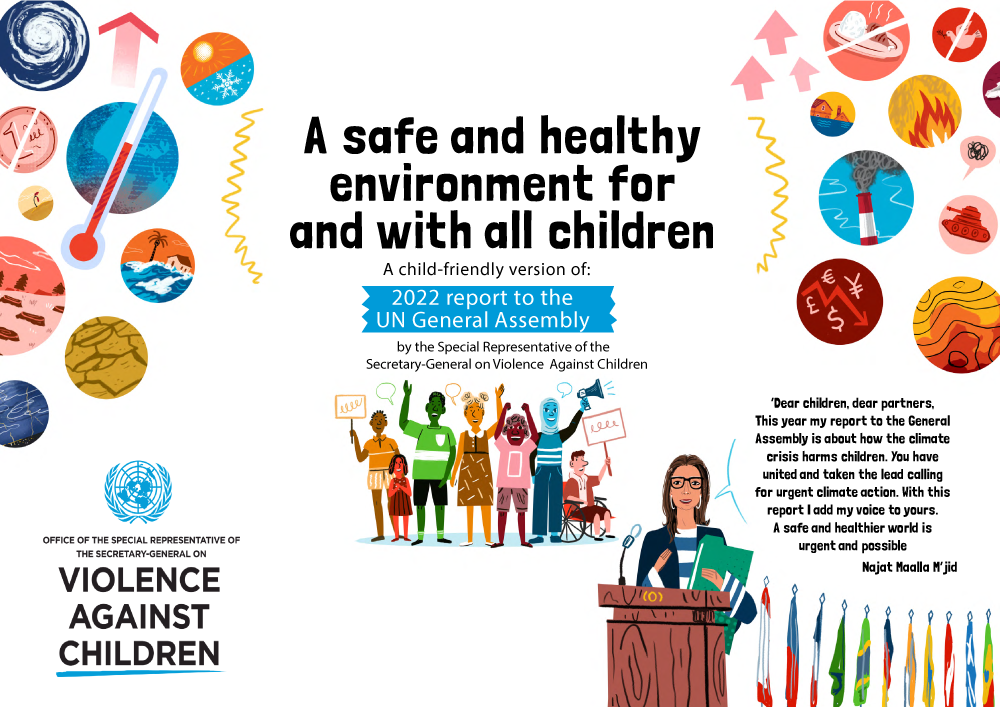 On Saturday, 1st October, ahead of her presentation to the United Nations Third Committee, Dr. Najat Malla M’jid, the United Nations Special Representative of the Secretary-General on Violence against Children, reported to children about the work of the mandate and presented her child-friendly version of the annual report on How climate change affects violence against children: A safe and healthy environment for and with children.

With children moderating the session and asking questions Dr. M’jid took note of children's views and recommendations and addressed the concerns expressed throughout the event.

The child-friendly version of the Special Representative’s report is available in all UN six official  languages and was prepared, in close cooperation with children and young people, providing children with information and resources they might need for coming up with questions and future advocacy activities.
The online event marked an important milestone in child rights and participation, emphasizing the importance of working with children as key agents of change in preventing and eliminating violence against children and receiving feedback from those who are the most affected by the phenomenon.
This ground-breaking moment is reflective of the importance of meaningfully involving children in decisions taken by duty bearers, as mentioned in Article 12 of the UN Convention on Rights of the Child.

Webcast of the briefing to children