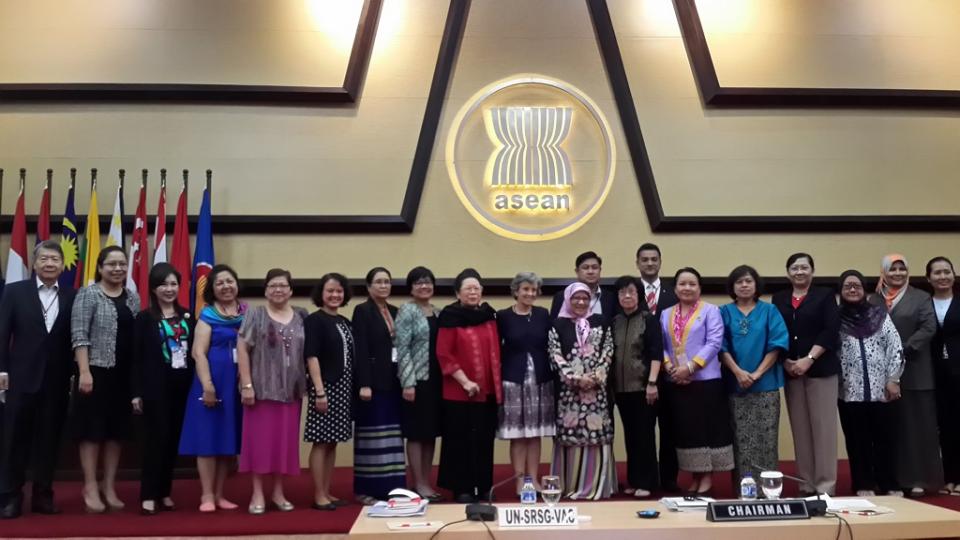 Jakarta, Indonesia, 27 February 2015 - SRSG Marta Santos Pais met in Jakarta with the ASEAN Commission on the Rights of Women and Children (ACWC) to assess progress in the prevention and elimination of violence against children. During the dialogue held at ACWC 10th regular meeting, ASEAN Commissioners updated the SRSG on Violence against Children on the significant measures undertaken across the region to ensure children's protection from violence, including law reform to prohibit and address manifestations of violence, national surveys to capture the prevalence of this phenomenon, the promotion of guidelines on positive parenting, and consultations on cultural and religious practices impacting on the rights of children.

ACWC strong commitment to children's protection from violence will remain at the centre of its new regional action plan for 2016-2025, which aims at translating into action the ASEAN Declaration on the Elimination of Violence against Women and Violence against Children, adopted in 2013.

The meeting with ACWC provided a strategic occasion to reaffirm the importance for national implementation efforts across the ASEAN region to continue to strengthen national policy and law, mobilise resources and consolidate research and data for the elimination of Violence Against Children; and it highlighted the need to address emerging concerns, in particular child on-line protection, preventing the institutionalization of children without parental care, and strategies to inform and empower children, including to combat bullying and cyberbullying.

Recalling the commitments made by ASEAN nations in their 2013 Declaration and the opportunity provided by the new ACWC regional plan to advance progress in children’s protection from violence, the SRSG-VAC urged ACWC to support cross regional efforts for a sound Post 2015 global development agenda with a distinct priority attention to the elimination of violence against children.