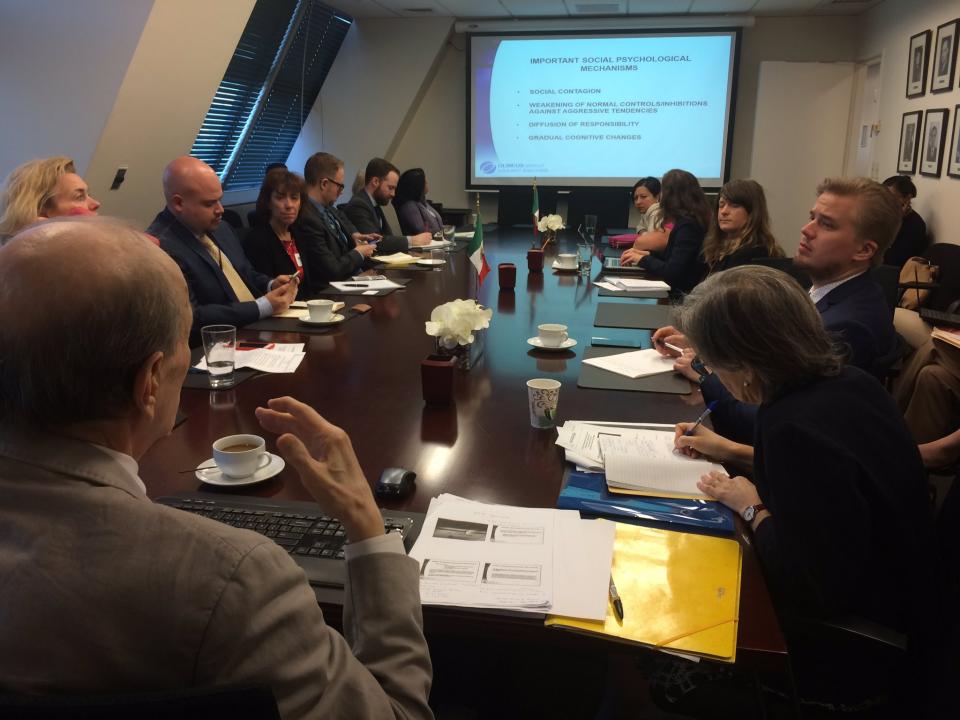 New York, 13 June 2016 - SRSG Santos Pais joined hands with the Permanent Missions of Mexico and Norway to the United Nations to promote a discussion with Professor Dan Olweus on “Key Elements of a Successful Bullying Prevention Programme”.

The session, held in the Permanent Mission of Mexico, brought together, member states representatives, UN Agencies, civil society organizations and academia discussed the impact of bullying in children and young people and key measures to prevent and eliminate the phenomenon.

Professor Olweus who has been involved in research and intervention work in the area of bullying among schoolchildren and young people for more than thirty-five years, is recognized as a pioneer and founding father of research on bullying and as a world-leading expert in this area.

“Bullying happens when a student is being victimized; when he or she is exposed repeatedly and over time, to negative actions on the part of one or more students. We can say that a negative action takes place when someone intentionally inflicts, or attempts to inflict, injury or discomfort upon another.” stressed Professor Olweus.

In his presentation, largely based on his systematic programme to prevent bullying, which documented a number of positive effects of what is now the Olweus Bullying Prevention Program (OBPP), Professor Olweus identified the five key anti bullying measures/components from the OBB (a whole-school, universal approach): being clear about the definition of bullying; establishing coordinating committee for implementation and management of anti-bullying work; provide effective adult supervision; establish and enforce good school /classroom rules about bullying and learn appropriate ways of handling and following on individual cases. 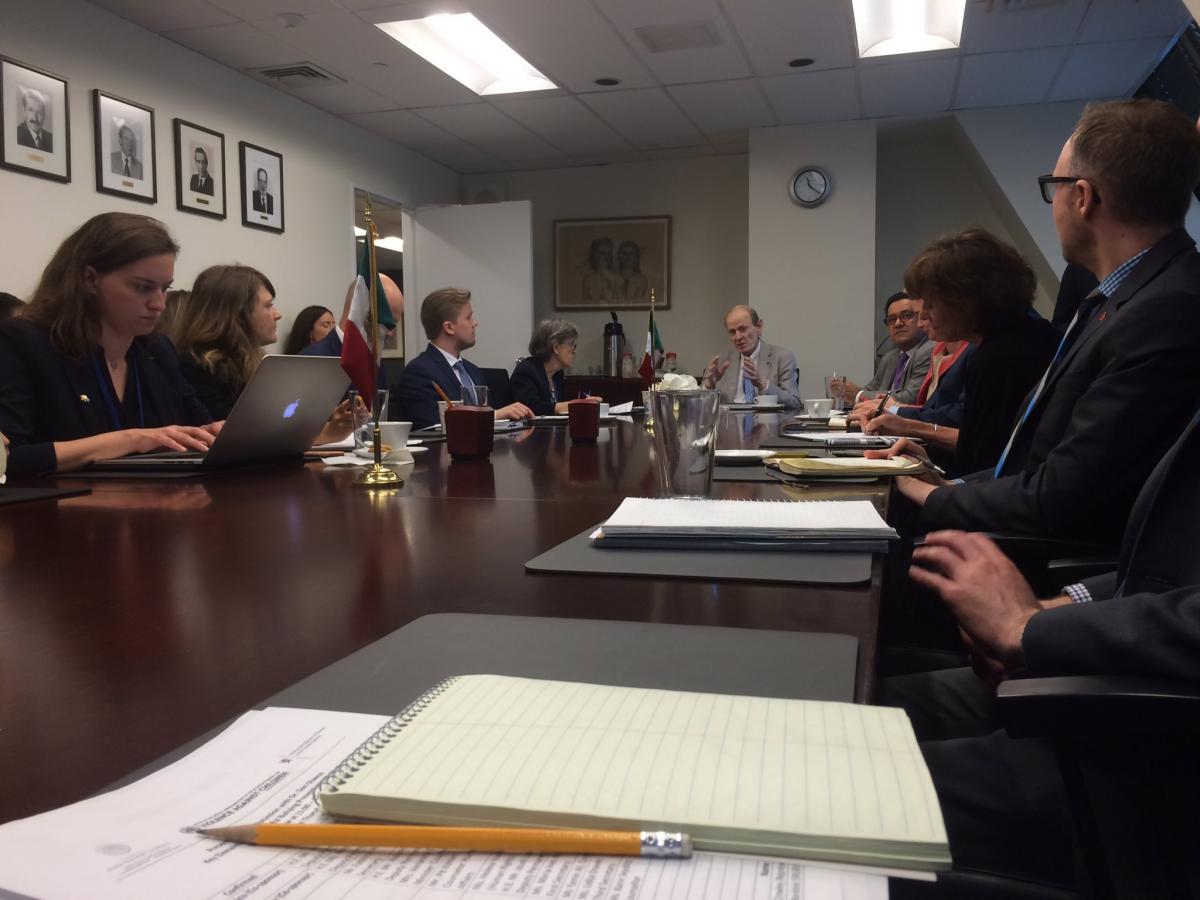 “Bullying is very often part of a continuum, happening at different moments in the course of children’s lives, and in different settings – at school, in the community, at home and increasingly in the online world. As we know, the impact of any form of violence on children’s development and well-being is serious and long lasting. In the case of bullying and cyberbullying it is also largely surrounded by deep sense of loneliness and helplessness, and even shame.” added SRSG Santos Pais.

The meeting was organized in the context of the adoption of the landmark resolution on the protection of children from bullying and cyberbullying by the General Assembly and to inform the report on this topic to be submitted later this year by the UN Secretary-General. The report is expected to identify major concerns, document good practices and positive experiences, and anticipate strategic recommendations to inform future action.

At the event, SRSG Santos Pais also shared preliminary figures of a survey conducted by her office on bullying that reached over 100,000 children across regions through the online U-Report platform. The final results of this poll will be included in the report that the SRSG office has been asked to coordinate.