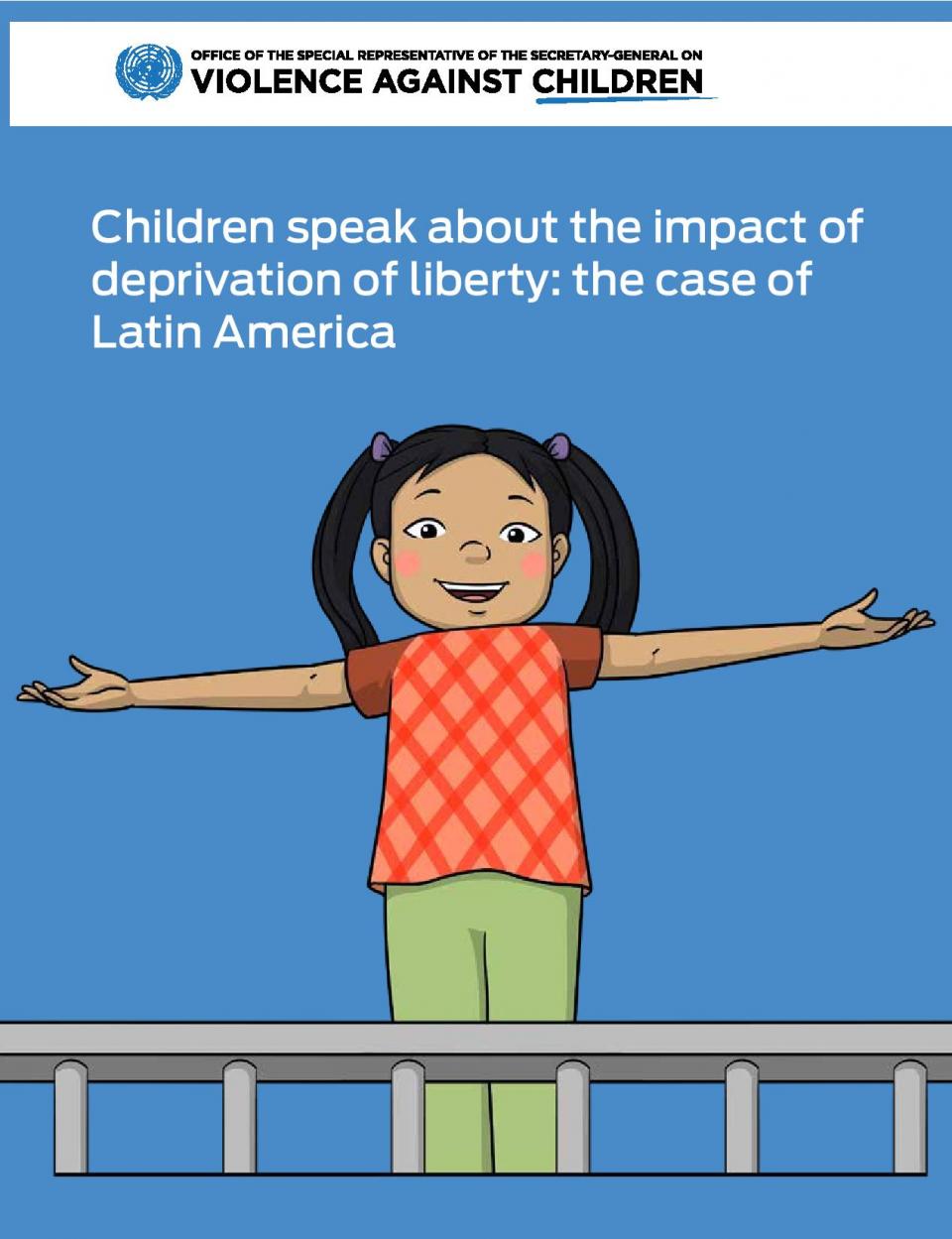 The risk of violence faced by children affected by deprivation of liberty has been a priority for the Special Representative of the Secretary-General on Violence against Children since the outset of her mandate in 2009. In an effort to shed further light on the impact of deprivation of liberty on the enjoyment of children’s rights, the
Special Representative partnered with UNICEF, the Governments of Paraguay and Uruguay and the Latin American and Caribbean Regional Platform for Children with a Parent deprived of Liberty (NNAPEs Platform) to document the views and experiences of children affected by the deprivation of liberty.

This report identifies deprivation of liberty as a significant cause of violence against children. It also emphasizes that children’s rights to protection against violence obliges States to ensure they have access to a specialized justice system when they are in contact with the law and that children who have imprisoned parents or caregivers require special protection. The children themselves strongly urge States to ensure that children’s rights and their best interests are always a primary consideration in their care and treatment when affected by their own incarceration or that of their parents.