Human Rights Council - SRSG: "It is critical to include the protection of children from violence as a priority and a cross cutting concern in the global development agenda for beyond 2015" 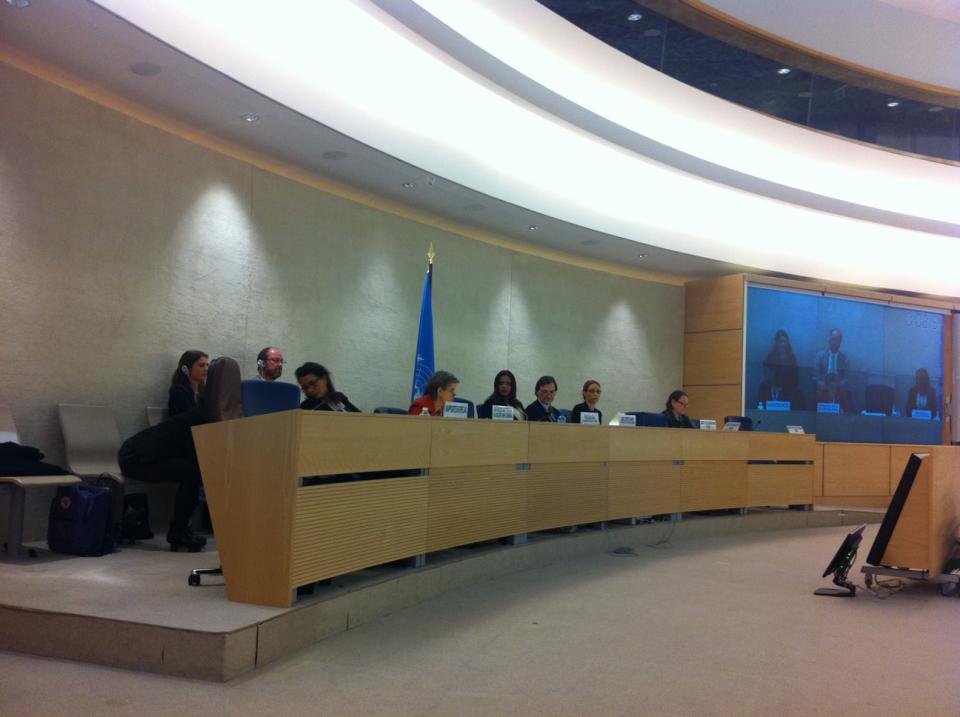 Geneva, 8 March 2013 - In an interactive debate, SRSG Marta Santos Pais presented her annual report to the Human Rights Council. The report built upon the General Assembly’s decision from November 2012 to extend the mandate of the SRSG on Violence against Children for a further period of three years.

SRSG Santos Pais emphasized the indispensible role of young people as partners of the mandate and the crucial importance of children’s voices in consultations and discussions at national, regional and international levels.

"Children act as a sounding board, helping to identify prevailing and emerging concerns and inform the process forward. Children’s declarations, manifestos, and action plans have been a reinvigorating reference for our agenda. Children remind us that a vision without action is only a dream, at times a devastating nightmare and have made us realize that, without their genuine involvement, there is a risk of developing policies and programmes that may seem ideal and perfect, and yet miss serious risks and backlashes whish can re-victimize the very same young people we are committed to protect," said the SRSG.

"We find ourselves at a cross roads. If efforts are not sustained and scaled up, the imperative of protecting children from violence may become diluted in the face of other competing priorities. Our important cause may end up being placed in a waiting slot, until pressing emergencies are dealt with. As a result, progress achieved may become inevitably undermined," alerted Ms. Santos Pais.

Looking ahead, investment in the prevention of violence and in children’s effective protection, with a priority attention to those at greater risk, contributes to social progress, consolidates good governance and safeguards respect for human rights. By the same token, it constitutes a core strategy to achieve the Millennium Development Goals.

"This is why it is critical to include the protection of children from violence as a priority and a cross cutting concern in the global development agenda for beyond 2015,"  concluded Ms Santos Pais.