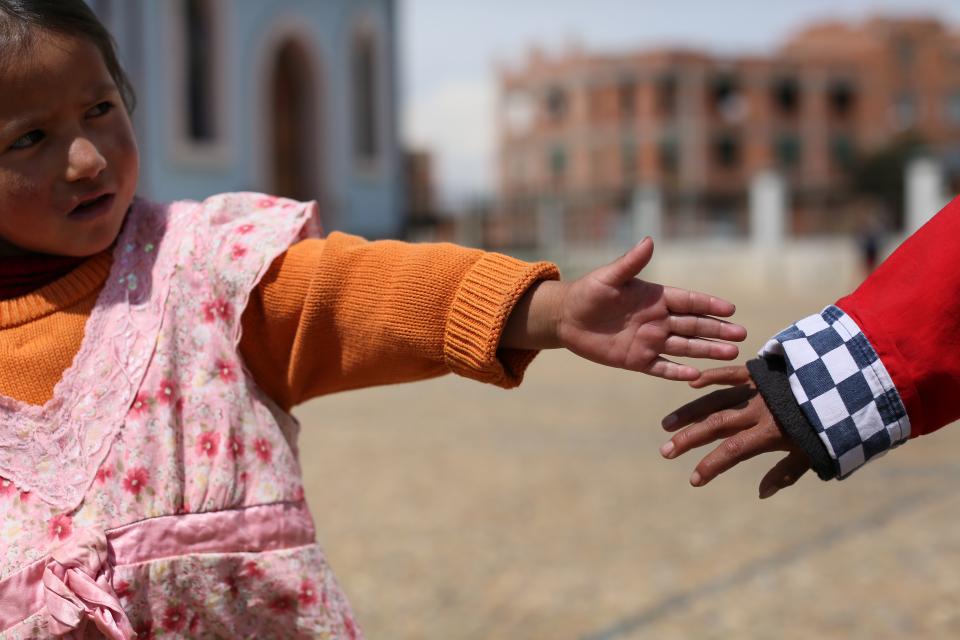 New York, 18 December 2017 - “Through my work I have had the opportunity to listen to the ordeals of so many migrant and refugee children forced to flee their homes and countries due to violence,” says Marta Santos Pais, Special Representative of the UN Secretary-General on Violence against Children (SRSG-VAC). “Sadly, in too many cases, the violence they are trying to escape often accompanies them in different forms throughout their travels in search of safety.”

Every single minute, twenty people are forced to flee their homes as a result of violence, persecution or conflict. Many of these people are children. In fact, in 2016 children made up more than half the world’s total refugee population, with tens of thousands of girls and boys unaccompanied or separated from their families while on the move.

For millions of migrant girls and boys on the move, they are as much running with violence, as they are running from violence. Their travelling companions are fear and anxiety. The threat of new forms of violence being used against them is the only constant in their daily lives. And for perpetrators of violence against children, impunity prevails.

“With higher numbers than ever before of children on the move, travelling alone or with their families, it is high time that States provide the international child protection measures that these vulnerable children need,” says SRSG-VAC Santos Pais. “A child is a child, and migrant children on the move must be treated first and foremost as children, with all their rights safeguarded all the time.”

Current estimates are that there are 244 million international migrants globally; approximately 30 million of them are children. Why are they on the move?  For many, the key reason is simply to try and escape violence. Some flee civil conflict in their countries, others flee community violence and street crimes. Some flee religious persecution, others flee harassment by gangs. Some flee recruitment by armed groups, others flee political instability.

Desperate for a better life, they embark on a perilous and uncertain journey, often at the mercy of unscrupulous smuggling and trafficking networks in the hope of finding a place of safety. It is a highly dangerous journey, with children being the most vulnerable throughout.

“Because they may lack proper documentation or cannot speak the local language, children on the move feel marginalized, unwanted and may be perceived as a problem to be rid of rather than as vulnerable child victims of violence,” says SRSG-VAC Santos Pais. “A young boy I met from Iraq told me, ‘The only thing I want people to know is that refugees are people just like you, so you should not treat them as worthless people.’”

But all too often, children on the move are not even treated as worthless people, but simply as worthless commodities. Commodities to be bought, sold, abused, exploited, humiliated and excluded. Children may be manipulated by organized crime to take part in life-risking criminal activity; refusing to do so is not an option for them. Girls particularly face serious risk of sexual abuse and exploitation, and at time may be sold into marriage by their desperate families.

Denied the protection they are entitled to, migrant children may end up confined in harbor facilities, airports or islands, or placed in detention centers, prisons or cells made for military personnel. There, they may not have access to education opportunities and may find themselves isolated from family members or forced to live in crowded conditions with unrelated adults, making them further vulnerable to harassment and abuse.

The risk of deprivation of the liberty of children on the move is high. It can result from allegedly securing their protection from trafficking or disappearance, or for the purpose of family tracing, or while considering the options for their return to the places of violence they originally fled. The detainment of children is never in their best interest and serves only as an additional, stigmatizing punishment during their journey in search of safety.

Being too frightened and traumatized, it is difficult for children to report abuse or exploitation. They avoid medical and psychological treatment in fear of a negative impact on their status, or out of fear of arrest of deportation. And once they ‘arrive’, they may find themselves discriminated against, segregated, harassed and stigmatized within local communities.

Rather than seeing a light at the end of the tunnel, migrant and refugee children on the move suffer fear, anxiety, depression, panic, physical and mental health problems, increased risk of self-harm and a heightened sense of hopelessness which hampers their development and well-being.

But there is hope.  “We are working hard to transform this vicious cycle of violence, abuse and exploitation for children on the move into a virtuous cycle which protects children’s rights,” says SRSG-VAC Santos Pais. “Children are children, first and foremost. Their best interests must be placed above all other concerns, and every girl and boy on the move should benefit from the full protection and enjoyment of their rights.”

“Being able to fully understand the experiences faced by migrant children so we can best address the challenges they face is only possible by listening to them,” says SRSG-VAC Santos Pais. “Informed by children’s voices, experiences and recommendations, my Office is conducting a comprehensive, thematic report on this topic in collaboration with UN partners, national governments, civil society organizations and independent children’s rights institutions.”

“Independent child rights institutions safeguard children’s best interests at all times and promote policy decisions informed by children’s voices and monitor progress in children’s safety and well-being,” says SRSG-VAC Santos Pais. “We are all working together so that migrant children - and all children on the move - can make their journey towards a better, safer life, enjoying a continuum of protection and growing up free from fear and from violence.”

Sustainable Development Goal Target 16.2: End abuse, exploitation, trafficking and all forms of violence against and torture of children 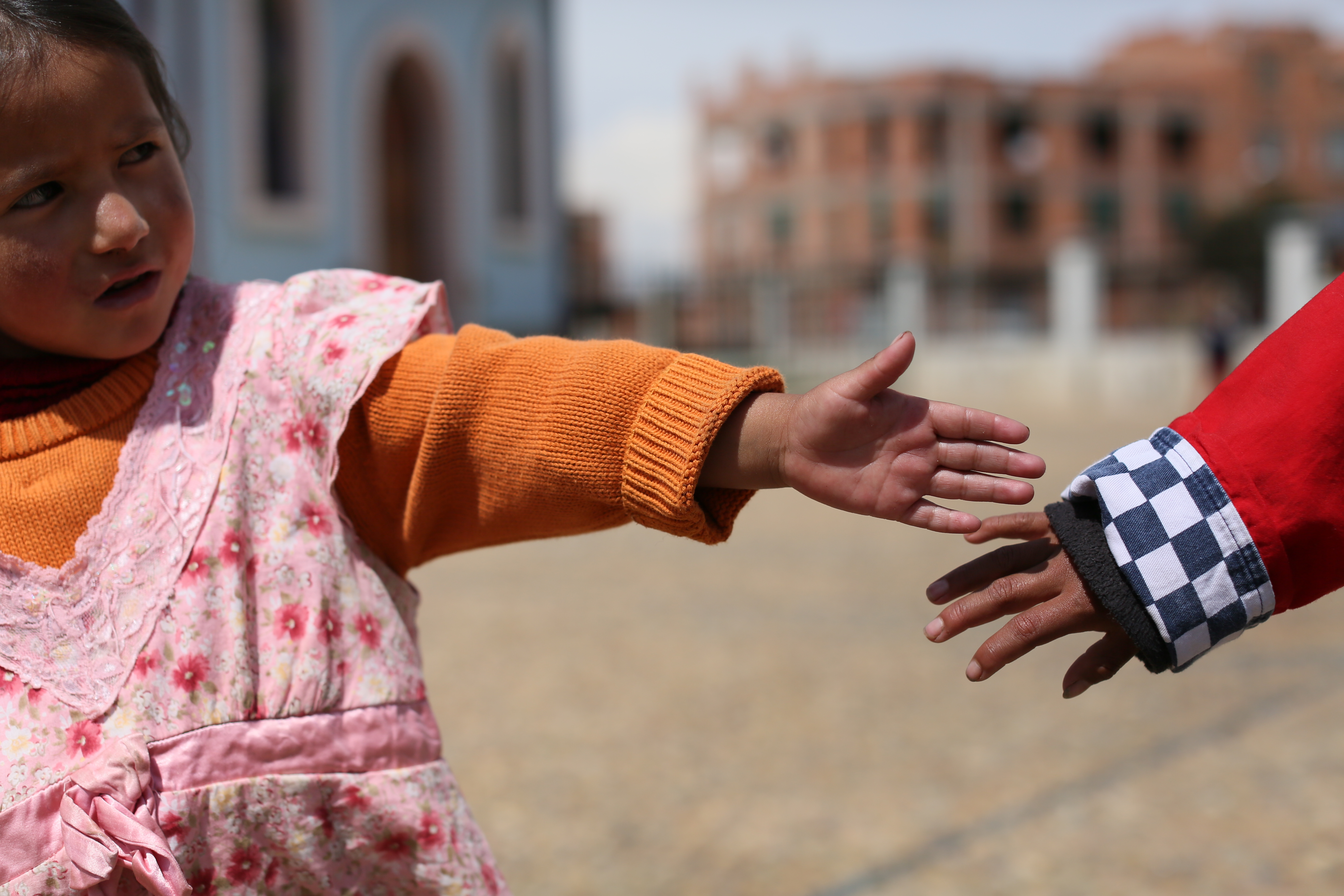