Beirut, 17 December 2021 -  One in two children in Lebanon is at serious risk of physical, emotional, or sexual violence, as families struggle to cope in the country’s deepening crisis, according to a new report from UNICEF.

"Violent beginnings: Children growing up in Lebanon’s crisis" report also details that around 1.8 million children (more than 80 per cent) are now experiencing multidimensional poverty – up from around 900,000 in 2019 - and risk being forced into abuses such as child labour or child marriage to help their families make ends meet.

The report is released as the Special Representative of the UN Secretary-General on Violence Against Children visits Lebanon.
“Lebanon’s crisis threatens the present and the future of millions of children. Ensuring their protection from abuse, harm, and violence and safeguarding their rights are needed more than ever”, emphasized the Special Representative of the Secretary General (SRSG) on Violence against Children, Dr. Najat Maalla M’jid.

Lebanon is reeling from the impact of national financial and political turmoil, the COVID-19 pandemic, and the aftermath of the August 2020 Beirut Port explosions.

The report shows that the number of cases of child abuse and exploitation handled by UNICEF and partners shot up by almost half (44 per cent) between October 2020 and October 2021, from 3,913 to 5,621 cases.  It also outlines a series of growing threats to children’s safety:
•    Child labour is on the rise, with more than half (53 per cent) of respondents to a UNICEF survey of partner organisations noting child labour as their number one protection concern, up from 41 per cent three months previously. In an October survey, 12 per cent of families questioned said that they sent at least one child to work, up from 9 per cent six months previously. Children as young as six are now working on farms, on the streets and illegally selling fuel, putting them at risk of serious burns and even death. 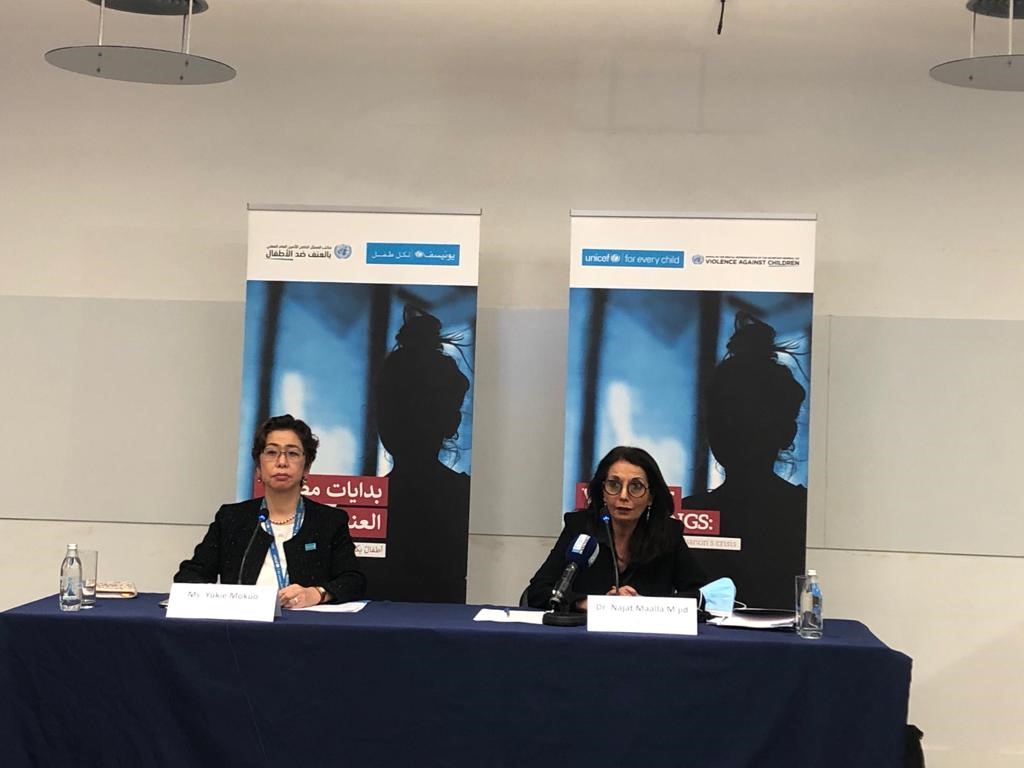 •    Young girls risk being married off by desperate families who are seeking dowries. One in five Syrian girls between the ages of 15-19 in Lebanon is married.
•    Civil society organisations are reporting a rise in cases of domestic violence. The proportion of Lebanese girls and women seeking services for gender-based violence rose sharply in the past three years (from 21 per cent of total cases in 2018, to 26 per cent in 2019, to 35 per cent in 2020).
•    Mental health issues are rising among young people. A UNICEF assessment that interviewed adolescents aged 15 to 24 in September 2021 shows that one in four reported often feeling depressed.
•    As families face destitution, experts fear the number of children ending up separated from extended family and in residential care could increase.
•    Growing numbers of children are coming into contact with the criminal justice system after participating in protests, falling victim to violence, or being pushed into crime as a means to survive.
•    New threats to children are being documented as families become increasingly desperate: including destitute families abandoning babies in the streets and children facing increased risk of abduction.

“Investing in children’s protection, development and wellbeing cannot wait. Investing in children is essential for building an inclusive, peaceful, just and resilient society that keeps children safe from harm and leaves no one behind”, added the SRSG on Violence against Children.
“Children’s safety and wellbeing are intricately connected to every pillar of a well-functioning society,” said Yukie Mokuo, UNICEF Lebanon Representative. “It takes a village - food, housing, healthcare, regular schooling, thriving families and functioning social services and institutions - to help children grow up free from harm. When society begins to crumble, children are left extremely vulnerable to abuse, violence and exploitation.”

The United Nations in Lebanon is working on protecting children from violence, abuse, and exploitation by reducing poverty; revising laws and policies; improving access to social welfare services, education and healthcare; and working with the Government to strengthen protection services. In parallel, extensive efforts are being made to address the social norms that normalise violence against children and make it culturally accepted.

“We must not fail the children of Lebanon. They are the future of Lebanon, the country’s hope,” said United Nations Resident and Humanitarian Coordinator for Lebanon, Ms. Najat Rochdi. “The shocking figures of children subject to abuse and exploitation, and deprived of their basic rights, must be reversed. No children in Lebanon, irrespective of their nationality, should be deprived of their basic rights to health, food, education, and protection. They must be at the forefront of the Government’s recovery plans, policies and practice,” she asserted.
The UN is calling for a cohesive national response to prioritize the protection of children, involving a range of Government departments, UN agencies, civil society organizations, academics, and faith-based leaders.  Urgent support is also required from donors to safeguard vital programming for the most vulnerable children. 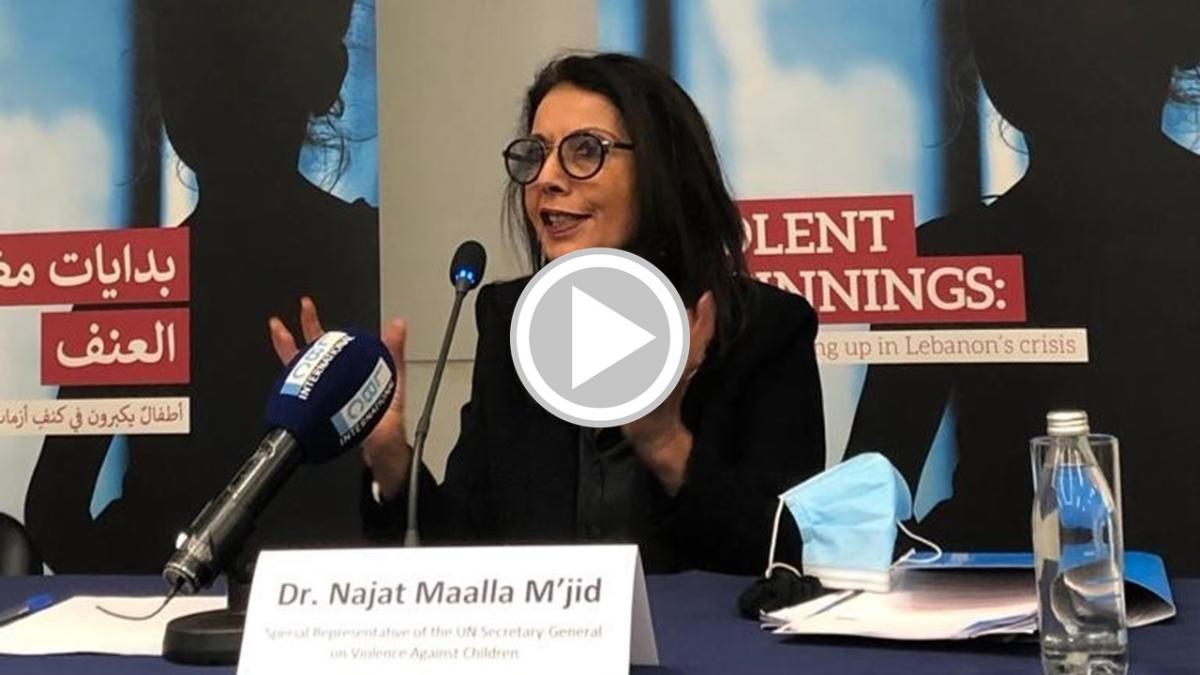