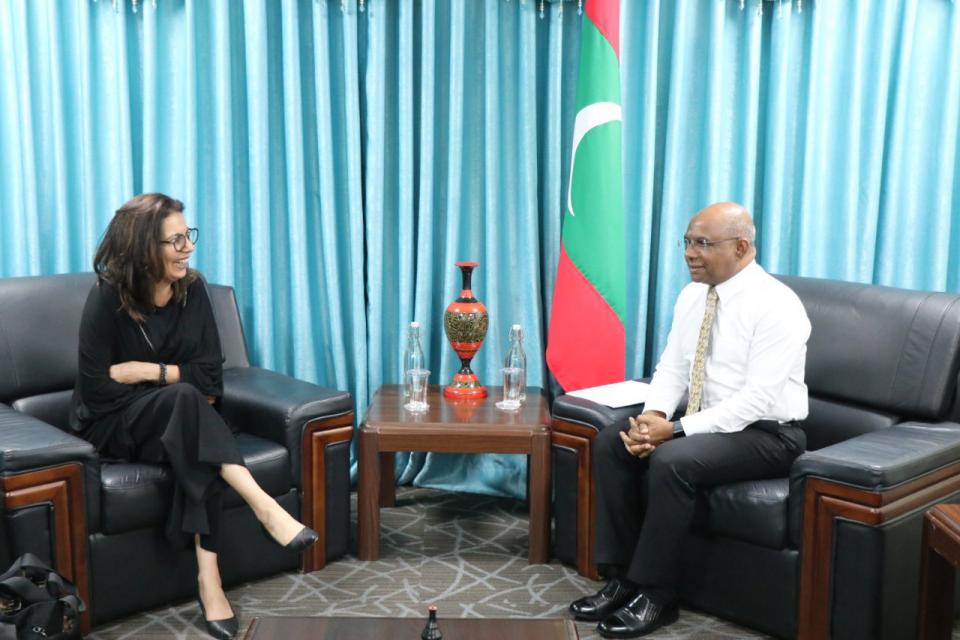 Male, 10 March 2020 - “The President of the Maldives and leadership across the Government have shown strong commitment to the realization of the right of children to live free from violence as enshrined in the Convention on the Rights of the Child and promised in the 2030 Agenda for Sustainable Development. The recent adoption of Child rights protection act and Juvenile Justice Acts as well as the ratification Protocol to the Convention on the Rights of the Child on a communications procedure, the establishment of the Commission to Inquire into Child Rights Violations, represent major steps towards the provision of child-friendly protection and care services accessible to all children without discrimination”, the Special Representative of the United Nations Secretary-General on Violence against Children said at the end of a three day visit to the Maldives. 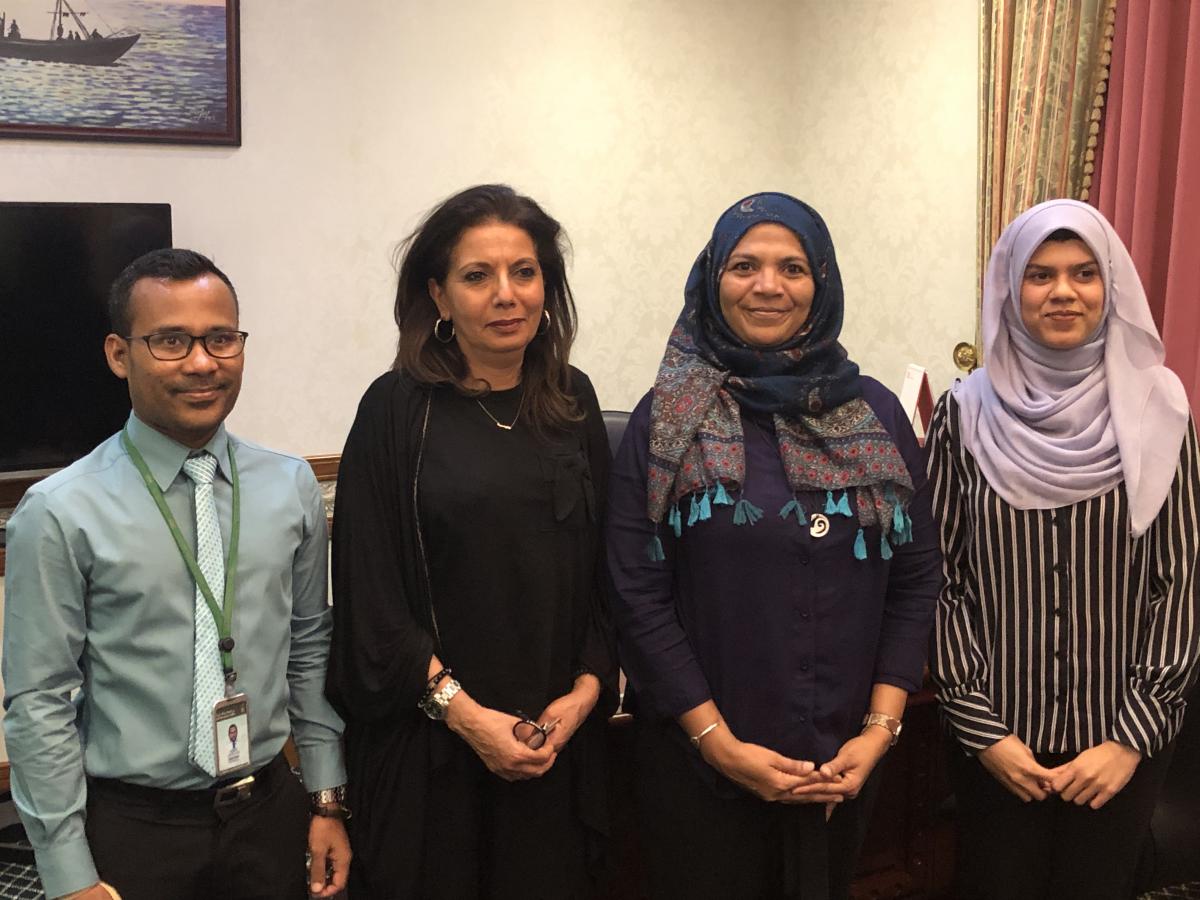 The SRSG met also the First Lady who is very active in child protection and education. “ I have been impressed by her strong commitment to protect and promote child rights in Maldives. She is a strong Child Rights Advocate”, she said.

In her visit to Male, the SRSG also met with the Speaker of the Parliament, the Supreme Court Judges of the Maldives,  the  members of parliament involved in Parliamentarian Inquiry on child sexual abuse over the last 15 years, the judiciary, the national human rights institution, United Nations agencies, and civil society organizations.

“In my meetings, I have been impressed by the willingness of all stakeholders in the Maldives to work together to end all forms of violence against children. Recent high-profile cases of sexual violence against children have mobilized the whole of society behind an urgent demand to end impunity and guarantee the protection of children from all forms of violence, abuse and neglect.

The new Child Rights Protection act and the Juvenile Justice act provide a solid framework for concerted action. A strong cross-sectoral social work force is an essential foundation to the effective implementation of these two milestone pieces of legislation and the creation of a safe and secure environment for all children. I urge the Government to provide the necessary resources to make this a reality”, she added.

During her visit to the Maldives, the SRSG also met with members of the Presidential Commission to Inquire into Child Rights Violations, who have been tasked with analyzing the root causes and risk factors of all forms of violence against children and making recommendations for an integrated, cross-sectoral response. The SRSG acknowledged the scale of the challenge faced by the Commissioners and encouraged them to seize the current unique political moment in the Maldives to propose fundamental reforms, especially in relation to the establishment of a Children’s Ombudsperson to monitor violations of children’s rights, and avoiding the institutionalization of children, including those who are in contact with the law.

Child rights focused civil society organizations raised a number of important issues with the SRSG, including the lack of comprehensive prevalence data on violence against children, the need to promote a child-centred response by Government agencies in cases of violence to avoid placing children in institutions, and their hope that that the Child Rights Protection act and Juvenile Justice act will be speedily translated into an action plan by the Government focused on the most vulnerable and hard-to-reach children at local level.

A particular concern was the lack of respect for the privacy of children who have suffered from violence or abuse. “Identifying the children who have suffered violence or abuse whether by the news media, Government agencies or their families increases their pain and violates their right to privacy. I urge everyone to respect the right to confidentiality of children in these cases”, the SRSG stressed.

Speaking to Mariyam and Ikleela, two young activists from the recently formed “Children’s Voices” organization, the SRSG emphasized that when children are empowered they are the best advocates and partners in ending all forms of violence. “Children must have the information, skills and access to services they need to protect themselves and others from violence in their families, communities, schools, as well as on online. I hope that ‘Children’s Voices’ will become a focal point for the empowerment of children and young people in the Maldives ” she said.