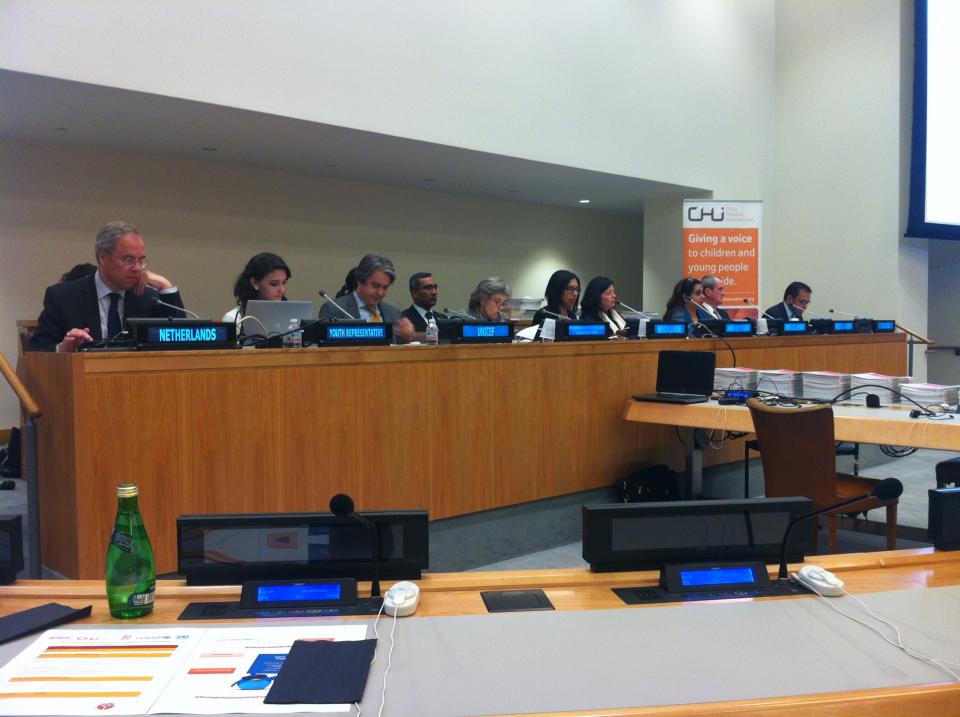 The Voices of Children and Young People, a report released today to mark the 10th anniversary of CHI, a network of 173 child helpline members operating in 142 countries, provides data and analysis drawn from a series of regional studies.

“Child Helplines have been helping children learn how to take control of their own lives and resolve their problems as best they can,” said Nenita La Rose, Executive Director of CHI, “but few of us understand the scale of the challenges children face. What we are presenting today is a sort of social barometer – an eye-opening glimpse into what is really going on in the lives of children and young people.”

The report outlines both the traditional problems children and young people have always faced, and the new challenges in their lives arising from changing social environments.

“Violence robs children of their wellbeing and their hopes for the future. Helplines for children are a critical connection that enable children to be heard and be helped,” said Martin Mogwanja, Deputy Executive Director of UNICEF, which supports helplines in many countries. "That help is literally just one call, one SMS or one email away – responding to the real violence, real threats and real fears of children, in real time.”

Over 4 million children and young people reported to CHI some form of violence, physical, emotional or sexual abuse, and violence in the last decade. Violence and abuse remains a constant, serious issue in all regions.

“Children exposed to violence often do not know where to go or whom to call to report abuse and seek help and assistance to overcome the trauma they have suffered. For this reason, a priority of my mandate is to promote safe, child-sensitive and accessible mechanisms to support child victims,” said Marta Santos Pais, Special Representative of the Secretary-General on Violence against Children. “This valuable new report is testimony to the trust children place in helplines and provides a sound reference to support countries in their efforts to build a world where violence against children has no place.

Child helplines received 1 million contacts for help to deal with problems at school. Along with general concerns such as academic problems and performance anxiety, children and adolescents experience violence and abuse committed by their teachers and peers. Bullying is a significant problem globally, the report notes.

Europe (46%) led in the number of contacts to helplines, followed by Asia-Pacific (31%), Africa (14%), Americas and Caribbean (7%), and the Middle East and North Africa (2%). The majority of children who contacted child helplines were between 10 and 18. Most contacts were made over the telephone. However children are increasingly using other means of communications, such as online chat, email and text messaging.

The report found that children are willing to share their concerns and fears once they trust a system or mechanism. There has been a steady increase in contacts to helplines over the 10-year period, indicating that children and young people trust the helplines to give them information, support and care. On average, the number of contacts increased five per cent per year per helpline.

Data revealed in the report include:

• Of the calls received, child helplines in the CHI network followed up on 41 million contacts
• Over 4 million children and young people reported a form of abuse and violence (physical, emotional, sexual) – representing over one in six contacts made to child helplines across the world.
• Immediate or extended family members commit 58 per cent of the physical abuse reported.
• The majority (60 per cent) of abuse and violence cases are reported by girls.
• Over 1.5 million contacts were made by children and young people reporting school-related problems.
• Teachers and peers have been reported to be perpetrators of most school-related abuse and violence.
• Over a quarter of school-related problems are due to bullying, most of which takes place on school premises.
• Almost 4 million contacts were made by children and young people struggling with family matters, including parent-child relationships, parents in conflict, divorce, separation and new or blended families.