Poland and the Convention on the Rights of the Child: celebrating the vision of Janus Korczac that put child dignity first 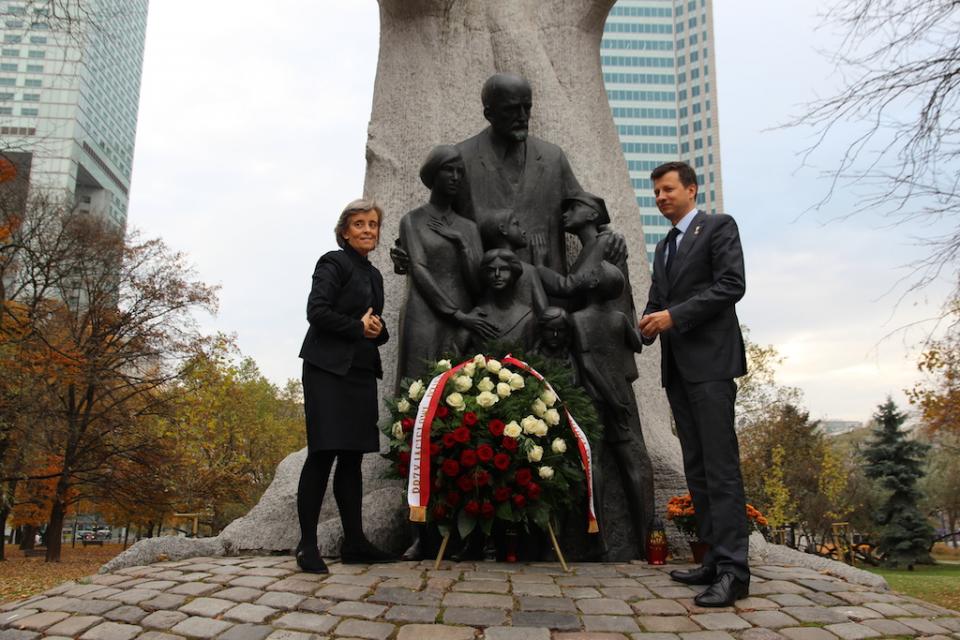 Warsaw, Poland 11 November 2014 -The Special Representative of the Secretary General on violence against children Marta Santos Pais joined this week the commemoration of the 25th Anniversary of the UN Convention on the Rights of the Child in Poland.

“The Convention on the Rights of the Child owes much to Poland. The Convention’s vision of the child as a subject of rights is inspired by the writings, work and life of Janus Korczak, a Polish pediatrician, educator and writer who reminded the world that children are not people to be, but people of today with rights and dignity, conscience, feelings, reason and opinions. It was Poland that on the occasion of the International Year if the Child (1979) proposed the drafting of the UN Convention, which was led by Polish lawyer Adam Lopatka” – said Santos Pais.

During her visit to Warsaw and Cracow promoted in the framework of her cooperation with the Polish Ombudsman for Children Marek Michalak, Santos Pais participated in high level meetings and events with children, parliamentarians, members of government, researchers, social workers and civil society organizations. In Cracow she held meetings at the Child Daycare Centre “Siemacha”, which promotes an innovative approach to empower and protect child victims of neglect and abuse, combining the benefits of education, leisure and therapy.

The commemorative events started with a strategic session with Polish adolescents on ways to prevent and report violence. During this meeting Santos Pais and Michalak launched the Polish edition of the child-friendly version of the Protocols to the Convention resulting from their significant cooperation.

The high level meetings organized with Members of Parliament and of Government built upon the ban of corporal punishment enacted in 2010 and the preparation of the ratification by Poland of the Third Optional Protocol to the Convention on the Rights of the Child on a Communications Procedure and of the Council of Europe Convention on the protection of children against sexual exploitation and sexual abuse.

The Special Representative welcomed these developments recalling the influence of the Convention as a bridge between different legal systems, cultural contexts and political agendas. “The Convention raised children above politics and mobilized nations in all regions behind a common endeavor: the realization of the human rights of all children, everywhere and at all times. This week, the Polish Parliament has again placed children high in the policy agenda as it decided to recognize the 20th of November as Children’s Rights Day” she said. 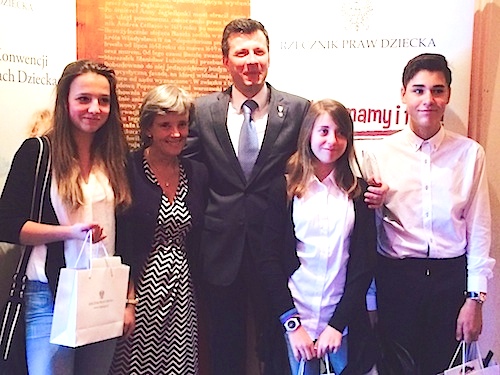 In her meeting with representatives of key non governmental organisations active in the field of children’s rights, the Special Representative welcomed the results achieved by civil society, their commitment and the creativity of their campaigns to mobilize different sectors of society.

During her visit, the Special Representative highlighted the crucial role played by the Ombudsman for Children through his successful initiatives and his cooperation with all segments of society, including research institutions.  She welcomed in particular the steady attention given to the monitoring of children's exposure to violence and the assessment of attitudes and behaviour of caregivers, teachers and the public at large to the use of corporal punishment  as a form of discipline. "The Ombuds office acts as a lighthouse and is a reference for both adults and children. The critical work promoted on child participation opens new avenues to bring the convention and the protection from violence even closer to children.”