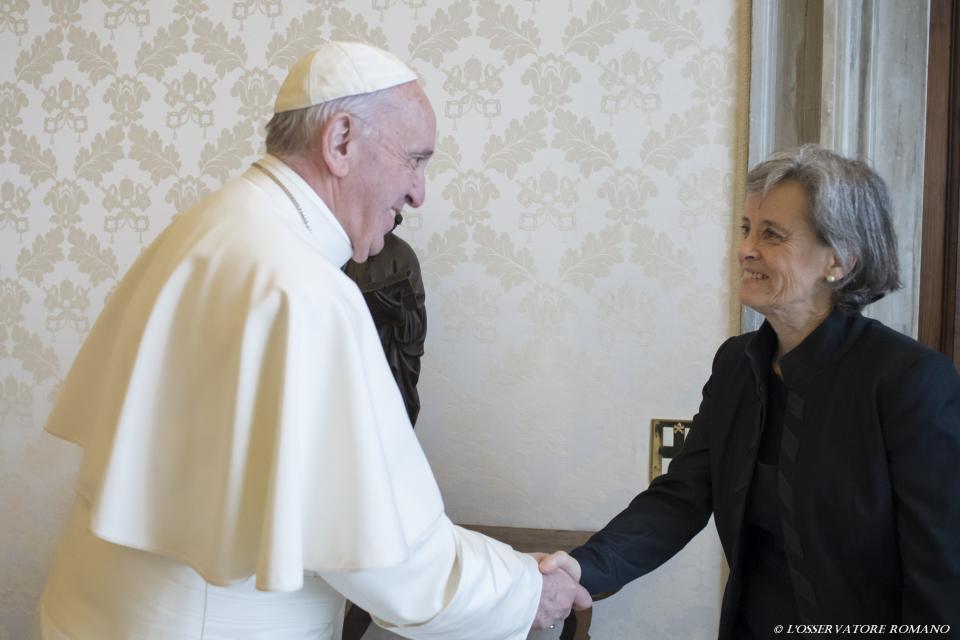 Vatican City, 18 March 2017 – In a private audience at the Apostolic Palace, SRSG Santos Pais met with Pope Francis to enhance cooperation in children's protection from violence.

The Pontiff reiterated his call for a ‘zero tolerance’ policy and reaffirmed the high priority given by the Holy See to protecting the rights of all girls and boys who are victims of violence, neglect, maltreatment, abuse and exploitation. "This is a plague, a hidden scream that should be heard by all of us," highlighted Pope Francis, further recognizing the need to “take all necessary measures to protect in every way the lives of our children, so that such crimes may never be repeated”.

SRSG Santos Pais commended the notable contribution of Pope Francis to the consolidation of a world of peace, dialogue, respect, non-violence and social inclusion. She thanked Pope Francis for his reiterated appeals for the protection of children's rights and the safeguard of their well-being, including on the occasion of the International Day of Children’s Rights when His Holiness called upon the international community to be vigilant, to protect children from violence and ensure the right of every boy and girl to school and education, to enable them to grow up serene and with confidence in the future.

“As stressed by His Holiness, it is imperative to overcome social indifference and break the silence around situations of violence and abuse against children,” highlighted SRSG Santos Pais.

The meeting provided a significant opportunity to identify ways of enhancing collaboration and supporting implementation of the Sustainable Development Agenda targets on violence against children. "Accelerating progress in children's protection from violence needs to be at the heart of the actions of every nation, every faith and every person. In the countdown to a world free from fear and from violence, everyone counts and everybody is needed,” stressed SRSG Santos Pais.

During the meeting special concern was expressed at the perils endured by children on the move who are exposed to constant incidents of violence, surrounded by fear and insecurity especially when traveling unaccompanied or separated from their families, who often lack the support of a nurturing and protective environment and in many cases end-up locked behind bars. 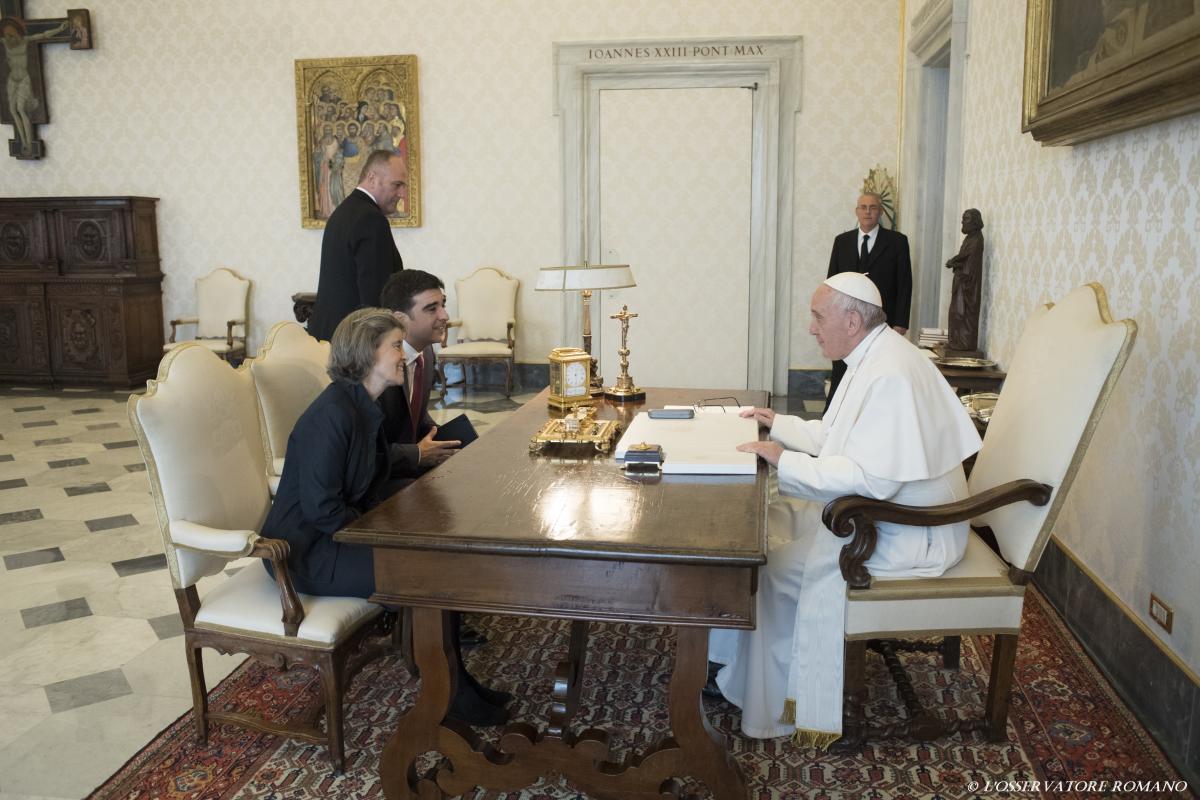 Pope Francis and Ms. Santos Pais also discussed the growing risk of the criminalization of children living in socially excluded and poor communities, who lack support to develop to their full potential and who often become an easy target for armed gangs and organized crime networks. Victims of marginalization and exploitation, these children are at high risk of deprivation of liberty, where they may be exposed to incidents of neglect, abuse and ill treatment.

Pope Francis and SRSG Santos Pais reaffirmed the importance of continuing to foster the cooperation between the United Nations and the Holy See in the promotion of children’s rights and protection from violence, and in process of implementation of the 2030 Agenda on Sustainable Development 2030. 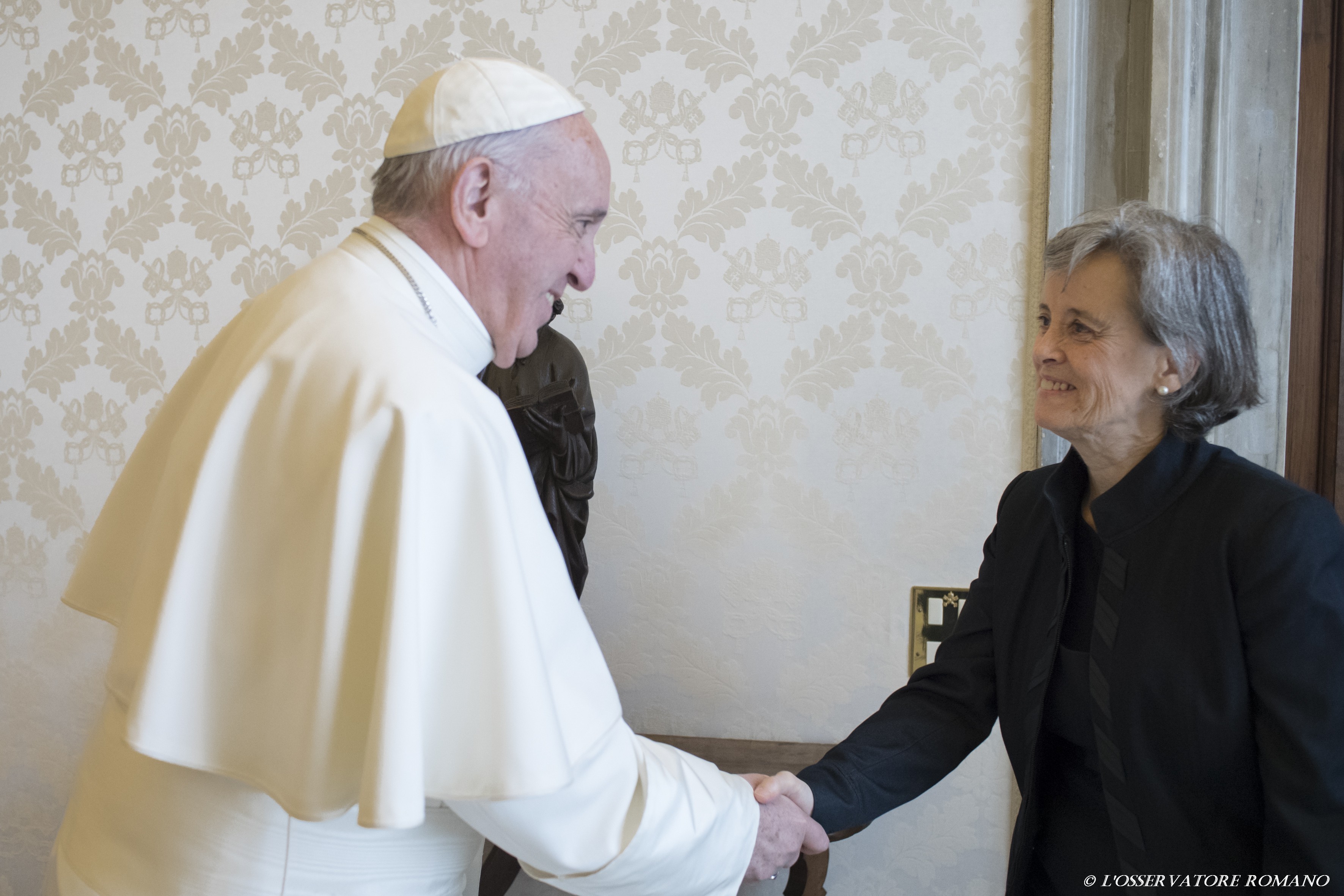