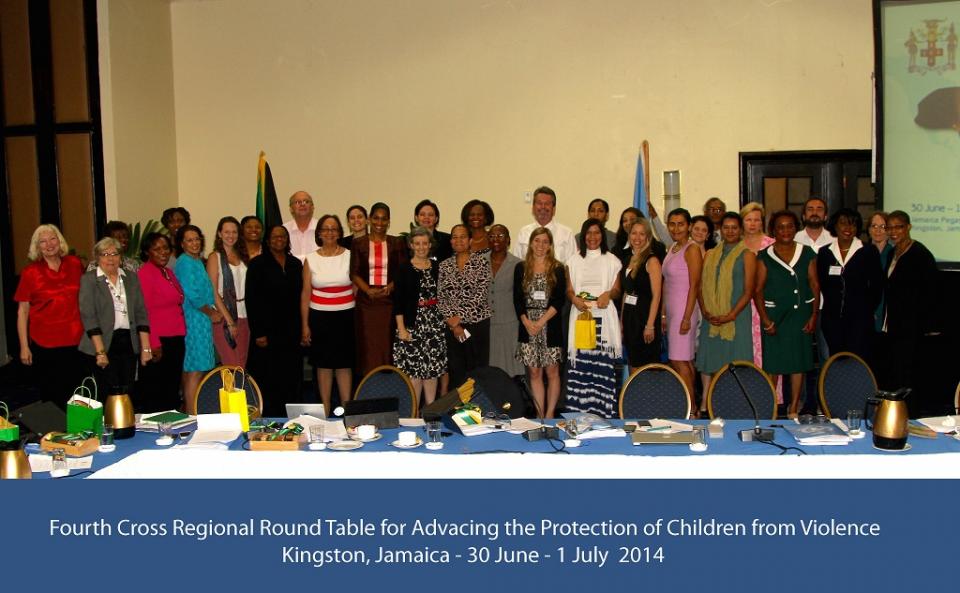 New York, 25 June 2014 - SRSG Santos Pais and representatives from regional organisations and institutions will hold on June 30 and July 1 a Cross-Regional Round Table on the prevention of violence in early childhood. The meeting is promoted by the SRSG and hosted, in Kingston, by the Government of Jamaica.

Violence prevention in early childhood is a priority for the SRSG mandate and a critical strategy to break the cycle of violence compromising children's rights. In early years, children experience the most rapid process of growth and development; but this is also the time during which children are at high risk of violence, often associated with irreversible consequences for their health and well-being.

Building upon political commitments and roadmaps agreed upon by regional organisations and institutions on violence against children, the round table will identify good practices and positive experiences, reflect on persisting disparities, and promote initiatives to consolidate progress in this area, through cross-regional co-operation.

The round table will count on the participation of representatives from the Caribbean Community (CARICOM), Council of the Baltic Sea States, Council of Europe, European Union, Inter-American Commission on Human Rights, League of Arab States, as well as UNICEF and the Government of Jamaica.