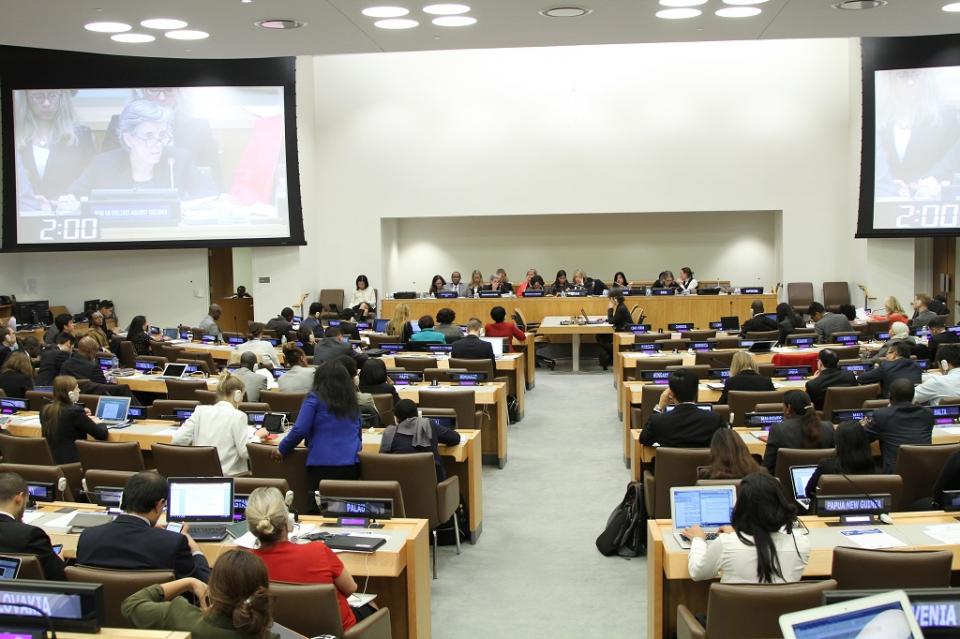 New York, 12 October 2016 - Speaking today at the presentation of the recently published Secretary-General’s report on the protection of children from bullying to the General Assembly, SRSG Santos Pais outlines both the progress that has been made at a global level in tackling this form of violence against children and the substantial challenges that remain.

“As the Secretary-General’s report highlights, significant measures have been undertaken at the national level to prevent and address bullying and cyberbullying. These include awareness-raising initiatives, investment in children’s empowerment, the enactment of robust legislation and the development of effective public policies. Notwithstanding these important developments, increased and concerted efforts are needed to prevent and address the serious risks associated with this phenomenon, which may persist throughout a child’s life and which weakens the very foundation of social progress,” said the SRSG.

Building on the momentum created by the Secretary-General’s report, SRSG Santos Pais announced the launch of a new publication on Friday, 14 October entitled Ending the torment: tackling bullying from the schoolyard to cyberspace. Ending the torment brings together reflections and recommendations for action from leading experts around the world. The launch of the publication will be followed by a panel discussion on the topic with the participation of some of the authors of the publication as well as young people who will share their experiences and identify crucial action required to prevent and address bullying and cyberbullying. Efforts in this domain will be crucial to the realization of the promise of the 2030 Sustainable Development Agenda to eliminate all forms of violence against children and promote inclusive and quality education for all, leaving no child behind.

Presentation of Annual Report to the General Assembly

The opportunity presented by Agenda 2030 was equally the focus of the SRSG’s annual report to the General Assembly, which is being presented alongside the report of the Secretary-General on the protection of children from bullying.

“With concerted and committed action on preventing and addressing bullying and cyberbullying we can move closer to reach the violence-related targets set out in the Sustainable Development Agenda. Together we can achieve what children ask for so clearly and what they are entitled to: an end to the fear, the silence, the shame and pain that surrounds bullying and cyberbullying.”