Smartphones are fueling a "bedroom culture". Children’s right to privacy and to protection is not systematically secured - SRSG Maalla M’jid closes meeting in the Vatican on Digital Child Dignity

Vatican City, 16 November 2019 - 30 years after the proposal for the creation of the world wide web, religious leaders from different communities, experts, academics, policy makers, and technology industry leaders discussed the promotion of digital child dignity in the Vatican.

The conference organized by the Pontifical Academy of Social Sciences and the Interfaith Alliance for Safer Communities in the Vatican took place just a few days before the celebration of the 30th anniversary of the adoption of the Convention on the Rights of the Child.

The objective of the meeting was ambitious: moving from Concept to Action.

Special Representative Malla M’jid closed the two day discussion with a proposal to achieve that goal: “To move from concept to action, we need a multi-stakeholder, multisectoral and child-rights centered approach, guided by the principles of the Convention and the need to find a fitting balance between privacy, freedom of expression and children’s best interests, to ensure that digital media are not used to perpetrate crimes against children.“ 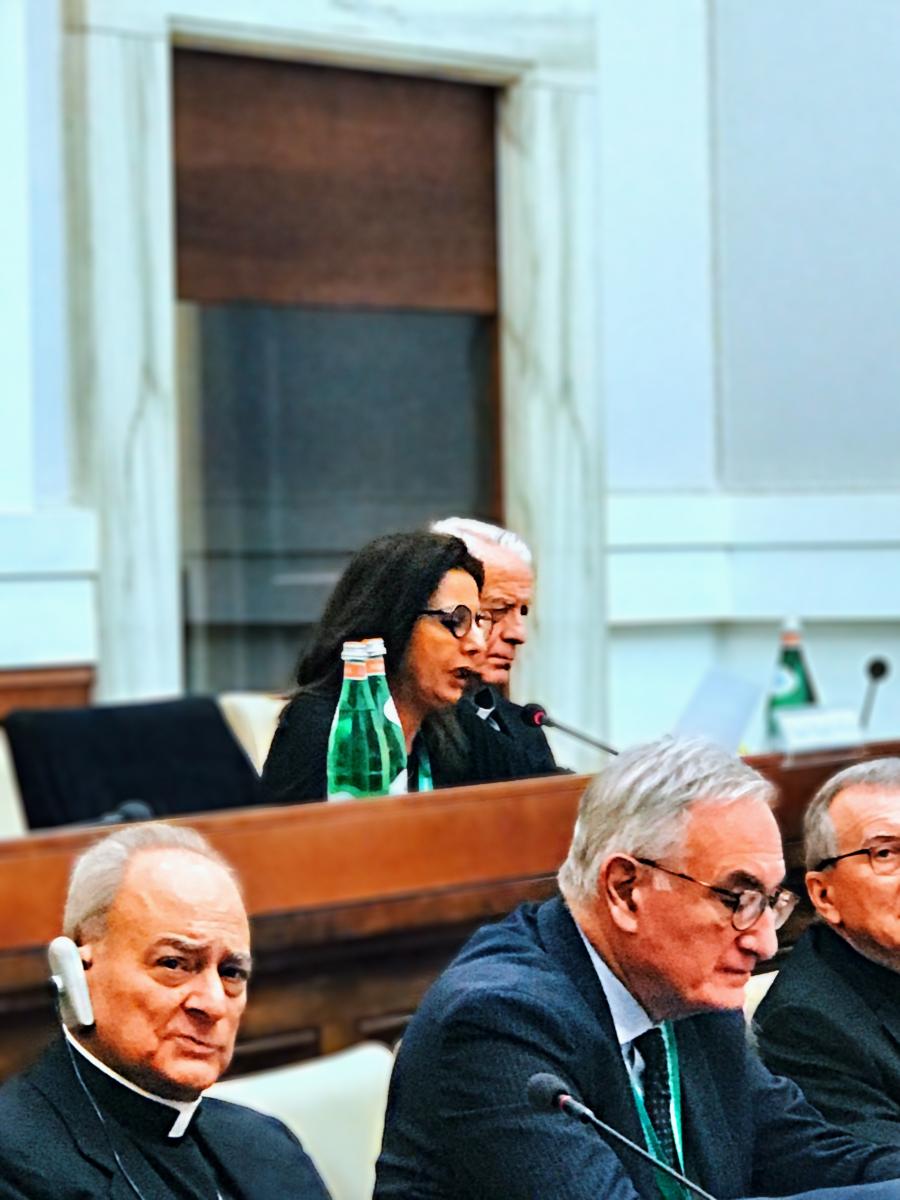 In her remarks, Dr. Maalla M’jid reminded the participants of the opportunities created by the internet, but also alerted for the serious risks faced by its younger users when going online. “The increasing expansion of social networks allows easier contact with children in all the parts of the world. Anonymity can be easily preserved. Offenders and criminal networks are constantly moving and evolving. Smartphones are fueling a ‘bedroom culture’, with online access for many children becoming more personal, more private and less supervised. Children’s right to privacy and to protection are not systematically secured." stressed Dr. Maalla M'jid.

The conference counted on the participation of Pope Francis who made a strong appeal for concrete actions to “ban from the face of the earth violence and every form of abuse against children” adding that children have “the right to a good life. We have the duty to do everything possible to ensure that right.”

Furthermore, Pope Francis recognized the importance of combating the sexual exploitation of children online and the urgency of creating effective means of prevention: "in recent decades, from painful and tragic experience, the Catholic Church has become profoundly aware of the gravity and effects of the sexual abuse of minors, the suffering it causes and the urgent need to heal wounds, combat such crimes and establish effective means of prevention."

Pope Francis who has repeatedly promoted efforts for the protection of child dignity in the digital world, expressed renewed concern with “the spread of images of abuse and the exploitation of minors that is increasing exponentially, involving ever more serious and violent forms of abuse and ever younger children.“

The meeting was organized as a follow-up to the 2017 World Congress on “Child Dignity in the Digital Word”, that established the creation of the Child Dignity Alliance, and to last year's Interreligious conference of the Interfaith Alliance for Safer Communities: Child Dignity Online, held in Abu Dhabi.