Solutions for Children Previously Affiliated With Extremist Groups: An Evidence Base to Inform Repatriation, Rehabilitation and Reintegration 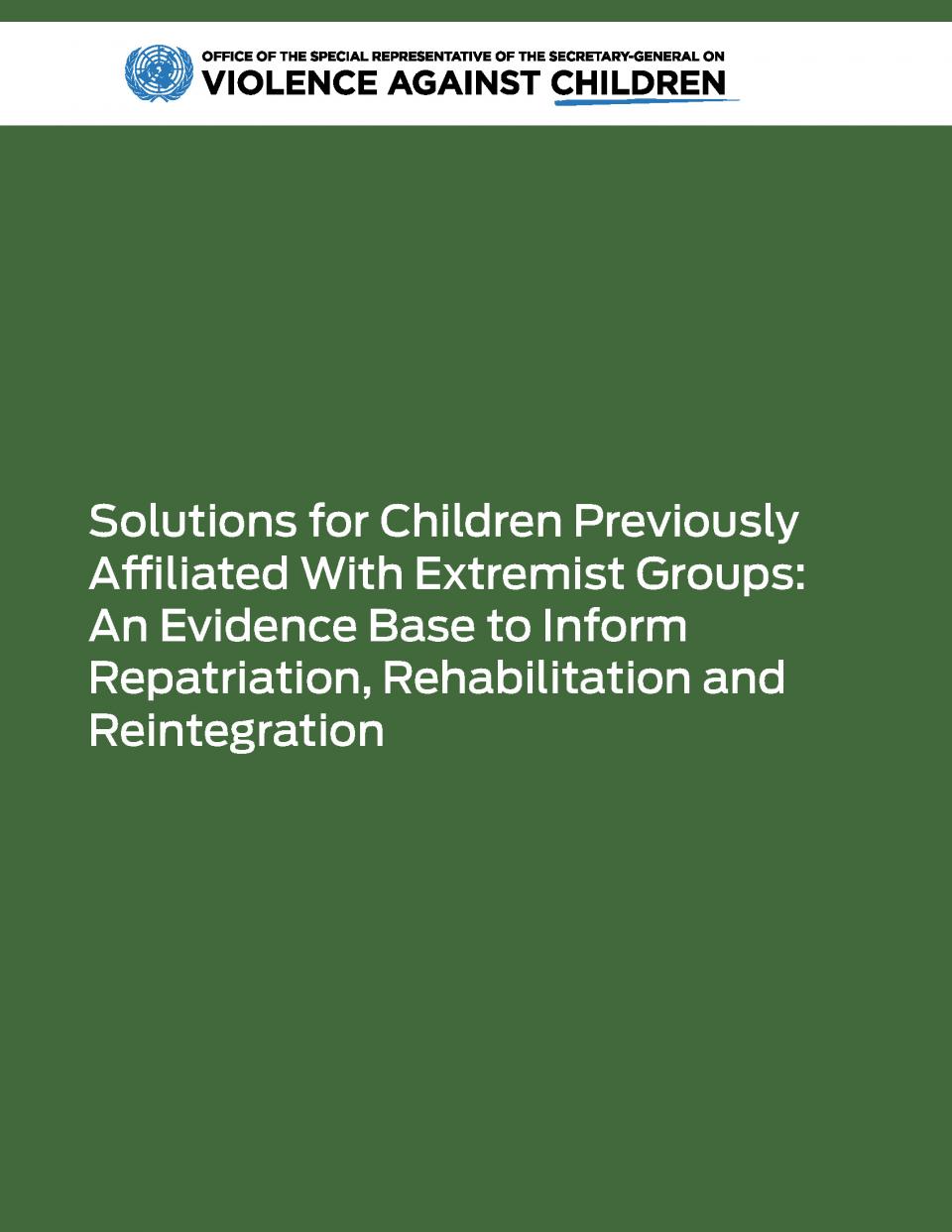 Tens of thousands of foreign, Iraqi and Syrian children are being held in detention on suspected ISIS association or terror-related offenses, or in camps. These children are exposed to violence, due process violations and family separation. Securing solutions for these children must be pursued in advance or in parallel with efforts to facilitate repatriation.

The UN standpoint is that identified children should be repatriated and children born to nationals be granted citizenship. Further, such children should be considered as having been illegally recruited by violent extremist groups, and thus should be treated primarily as victims and decisions concerning them made in accordance with their best interests.