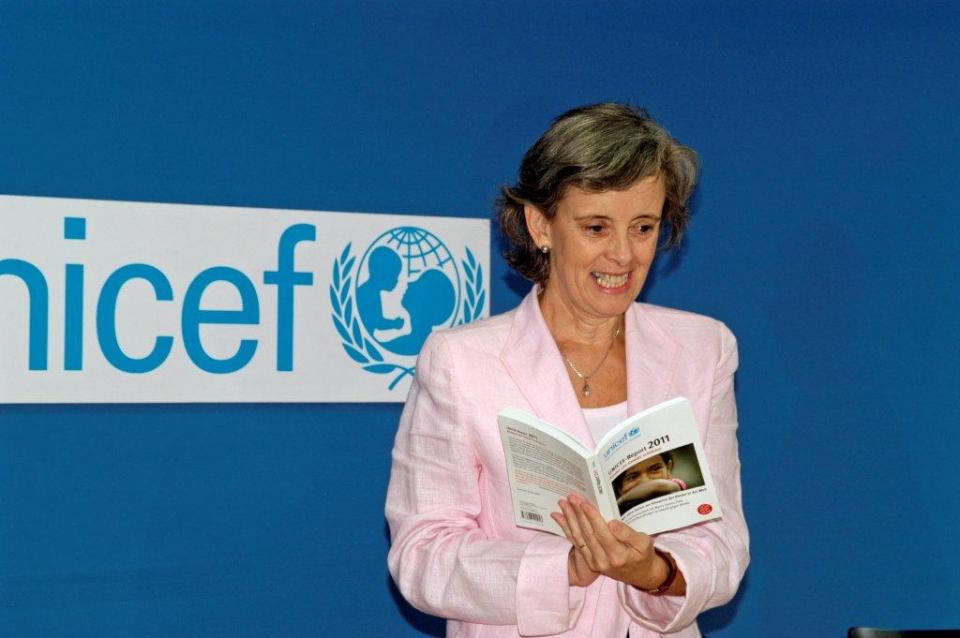 Berlin (Germany) 20 June 2011 - The study "Kinder vor Gewalt schützen" ["Protecting Children from Violence"] was launched in Berlin, in a press conference sponsored by the German National Committee for UNICEF with the participation of First Lady, Ms. Bettina Wulff.

The study was made public as the German Parliament starts the review of a new law on child protection, expected to strengthen early interventions to prevent violence and abuse.

Associating well-known international experts from a wide range of disciplines, this new report provides an overview of the dramatic impact of violence on the daily life of millions of children.

"Violence compromises children's rights to development, health and education of millions of children, it leaves lasting scars and has a high economic cost for society", said the Special Representative.

The President of UNICEF Germany, Jürgen Heraeus emphasized that laws protecting the most vulnerable children are not in place where they are needed the most."Child labor, arranged marriage for children, female genital cutting, and forced prostitution are still being tolerated. In addition, child-rearing practices in many countries are very harsh, with three out of four children being victims of some sort of violence - Dr. Heraeus said.

But developing countries are not the only places where children face violence, at times with irreversible consequences. For instance in Germany, only last year, 183 children died as a result of violence, abuse or neglect.

Violence against children remains widespread, invisible and socially condoned; but is not inevitable.

"With a well-coordinated and resourced national agenda, with strong legislation to ban all forms of violence and secure children's protection, and with sound data and research to break the conspiracy of silence around this phenomenon, a world without violence can be built for each and every child", said Ms Santos Pais.Berlin - The study "Kinder vor Gewalt schützen" ["Protecting Children from Violence"] was launched in Berlin, in a press conference sponsored by the German National Committee for UNICEF with the participation of First Lady, Ms. Bettina Wulff.