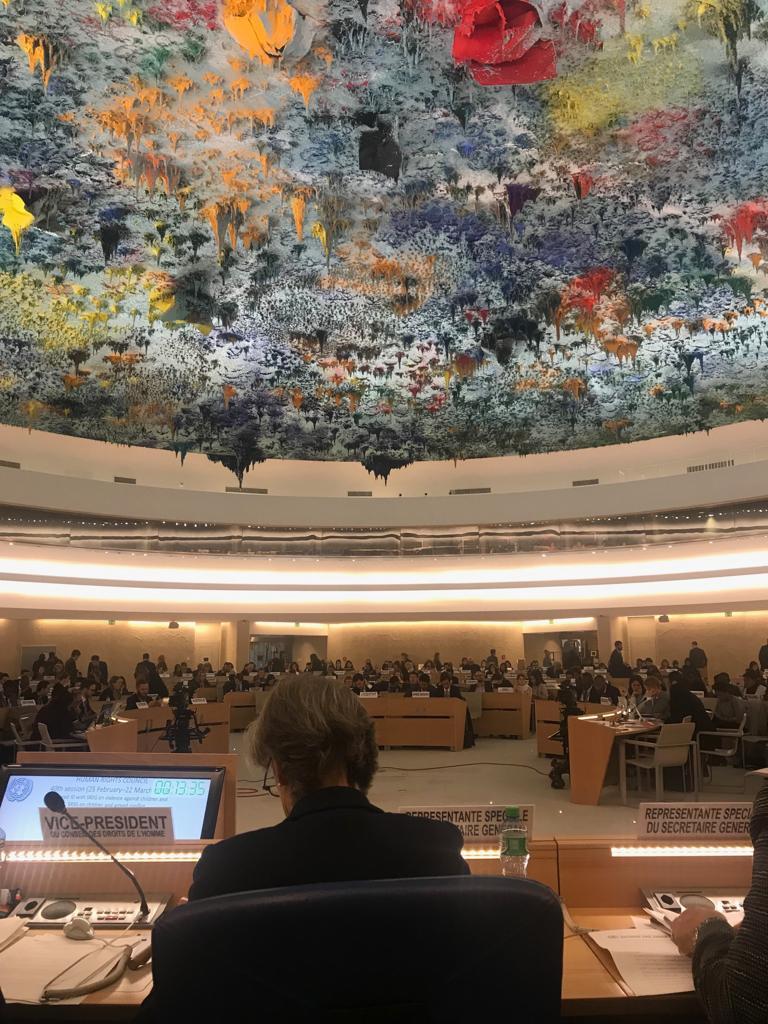 Geneva, 8 March 2019 - SRSG Santos Pais presented her annual report to the Human Rights Council at its 40th Session on March 5. In her remarks she highlighted major results achieved in preventing and responding to violence against children.

“The number of national plans on violence against children has more than doubled since the start of my mandate ten years ago. Over the past year alone, 10 additional countries adopted such a policy framework: Albania, Cambodia, Canada, Chile, Jamaica, Lao PDR, Mexico, Panama, the Philippines and Uganda”, the SRSG said.

In addition, 60 countries now have comprehensive legislation to protect children from all form of violence, including most recently Andorra, Lithuania, Mongolia, Nepal, Peru, Slovenia and Viet Nam. Furthermore, Member States have made incremental strides to improve data systems on violence against children, with a growing number of household surveys on children’s exposure to violence conducted in Asia and Africa. Over the most recent months survey findings were launched in Lao PDR, Rwanda, Uganda and Zambia, and others will soon be issued in Botswana, El Salvador and Honduras.

“This is good news that we need to welcome!”, the SRSG stated, “Yet, it’s not good enough! Sadly, violence against children remains pervasive, concealed and socially condoned. While available data may capture the tip of the iceberg, it is only part of a dramatic reality!”

Indeed, a child dies every five minutes as a result of violence. Homicides have a young face and in some regions 67 adolescents are killed every day because of gang violence and organized crime. In other regions, 55 per cent of victims of trafficking are children. Twelve million girls are married every year, one every two seconds. The number of online images of the sexual abuse of children continues to grow online, and the age of victims is getting younger.

To address this urgent situation, the SRSG urged Member States to make 2019 a year of lasting change. 2019 marks the 30th anniversary of the Convention on the Rights of the Child and should become a year of steady action to translate Convention’s principles and provisions into a reality for every child. In addition, this year’s review of progress in the implementation of the 2030 Agenda for Sustainable Development provides a golden opportunity to place children’s protection from violence front and center of all efforts. 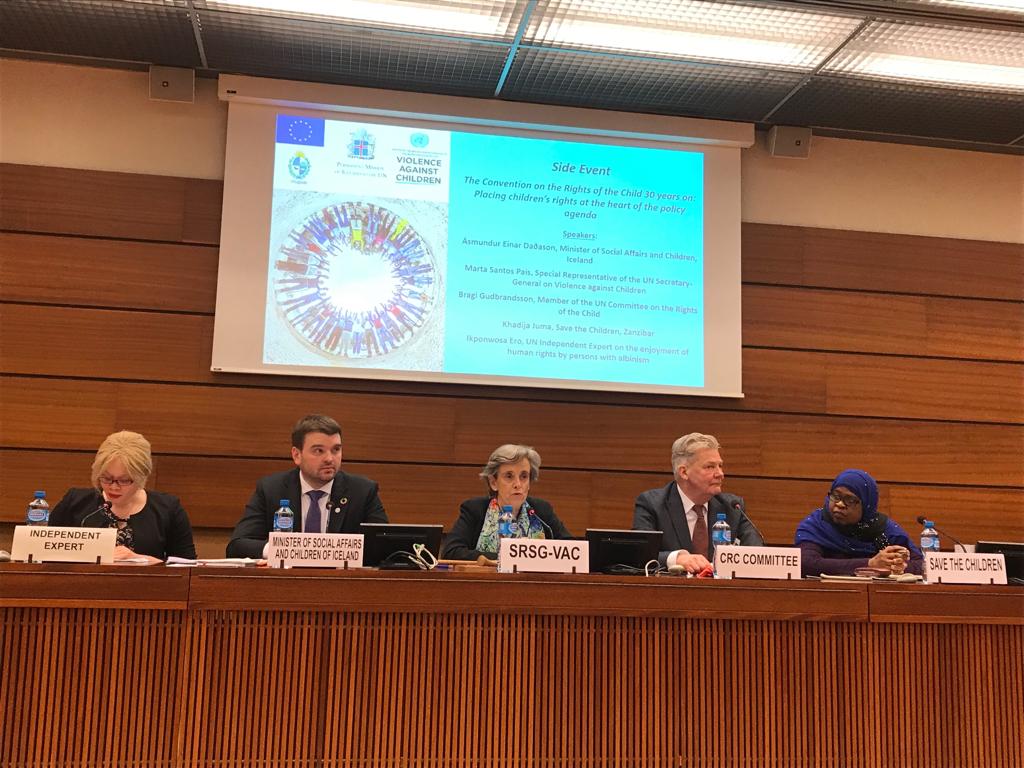 During the session of the Human Rights Council, SRSG Santos Pais and the Minister for Social Affairs and Children of Iceland, Ásmundur Einar Daðason, hosted a side-event on “the Convention on the Rights of the Child thirty years on – Placing children’s rights at the heart of the policy agenda”. The event provided an opportunity to learn about Iceland’s efforts to ensure that the rights of the child are given priority attention by all governmental departments and are at the center of the national policy agenda. The event also gave special attention to initiatives providing under one roof integrated cross-sectoral and child sensitive services for child victims of violence.

In this regard, Bragi Gudbrandsson, member of the Committee on the Rights of the Child, presented the Barnahus model which was founded in Iceland and is now being promoted across the European region. Save the Children representative Khadija Juma from Zanzibar, Tanzania, shared the significant experience of “One Stop Centres” in ensuring the rights of child victims of violence by preventing their re-victimization as their treatment and recovery plan is shaped, and as evidence is gathered to fight impunity. Ikponwosa Ero, UN Independent Expert on the enjoyment of human rights by persons with albinism, brought special attention to some extreme forms of violence against children, illustrating how violence against children may take different forms, including when children are accused of witchcraft, and the multidisciplinary approaches needed to safeguard their rights. 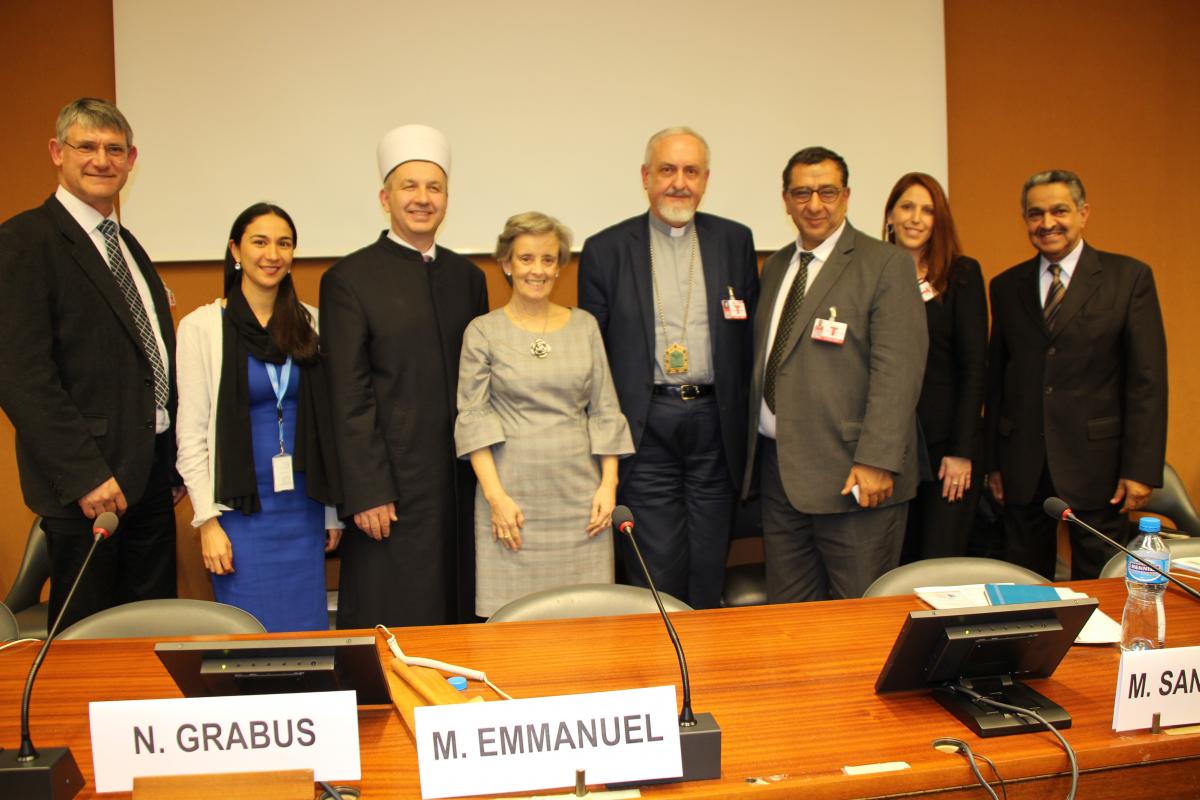 SRSG Santos Pais also co-hosted a panel discussion on 6 March with Arigatou International focused on the 30th Anniversary of the Convention on the Rights of the Child and the contribution of religious communities to ending violence against children. The side event provided an platform for representatives of the Christian, Jewish and Muslim faiths, Member States, the United Nations and civil society to reflect on how religious communities can support the implementation of the Convention and overcome the challenges that remain to ensuring children’s protection from all forms of violence. SRSG Santos Pais highlighted that with their unique authority, influence and voice, religious leaders play an indispensable role in challenging social norms that condone violence against children. She also commended the interfaith study on the Convention on the Rights of the Child that is currently under development within the framework of celebrations of the 30th anniversary of the Convention.

Participants in the event recalled the wide consensus across religious traditions about the imperative of safeguarding the dignity of every child and ensuring children’s safety within places of worship and within faith communities. Important interfaith declarations have been adopted in this regard, which have  reiterated the commitment of religious leaders and congregations to raise awareness about religious principles that help to prevent violence in children’s lives; to support social mobilization to promote change in attitudes and practices that perpetuate violence against children; and to educate families, religious leaders and others working with and for children on the promotion of non-violent education and upbringing of children.

As stressed by SRSG Santos Pais, “no form of violence finds justification in religion and no religious principle or scripture can be invoked to condone or perpetrate violence against children.”

The SRSG also addressed the opening of an expert meeting organized by the Special Rapporteur on the human rights of internally displaced persons and the Global Protection Cluster on March 6. The SRSG highlighted the risks for children in situations of generalized violence and armed violence. “According to available research, 300 million children under 5 years of age are estimated to be exposed to community violence. And most incidents of armed violence occur in the context of crime and interpersonal violence, rather than in war situations. Violent deaths are largely caused by firearms and 75 per cent of guns are in the hands of civilians. Situations such as these are crucial drivers of children’s forced displacement and seriously compromise the protection of children’s rights”, SRSG Santos Pais emphasised.