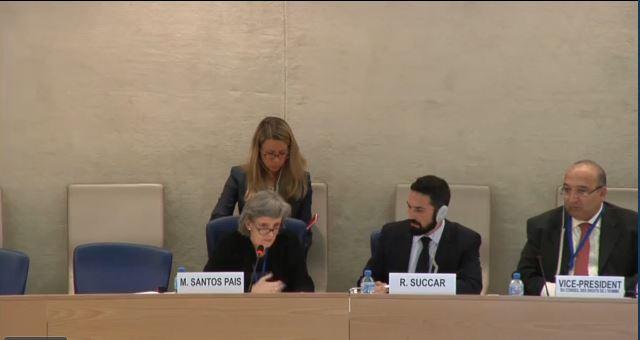 Geneva 10 March 2017 - SRSG Santos Pais placed the protection of children from violence at the heart of the 34thsession of the Human Rights Council where the rights of the child and large movements of migrants were discussed from 6 to 10 March. 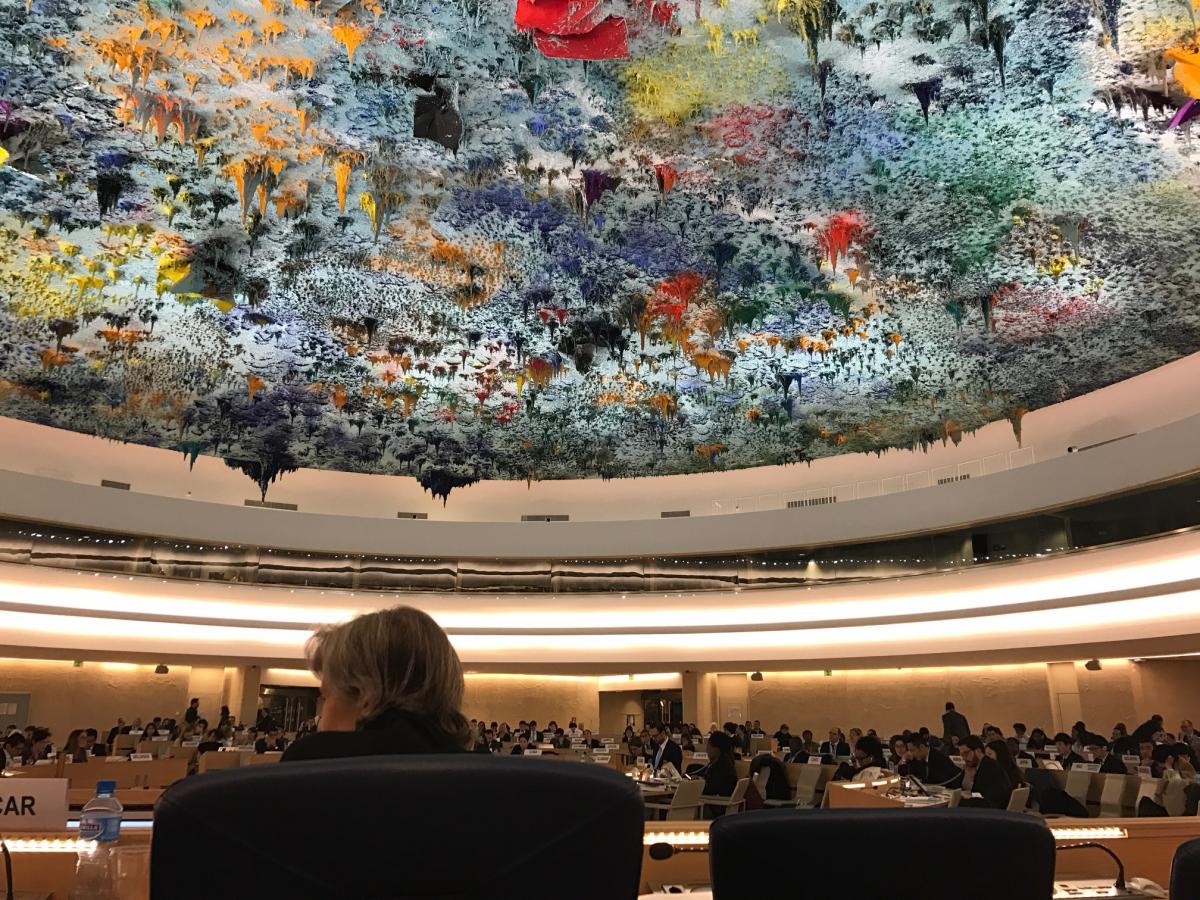 “The real value and success of the Sustainable Development Agenda will be measured by progress made on the ground. And this requires leadership, accountability and sound monitoring mechanisms at the national, regional and global levels. Children’s voices and participation need to inform this process!” stressed SRSG Santos Pais.

In her statement she further highlighted the opportunity provided by the upcoming High Level Political Forum, in July 2017:  “More than 40 states will be reporting on progress towards the SDGS. This second High Level Political Forum will be a test to governments’ commitment to end violence against children. I am confident you will help to mobilise the engagement of your governments to place children and their protection from violence at the heart of their reviews.“

In the Human Rights Council enhanced inter-active dialogue on the human rights of migrants in the context of large movements, held on 10 March, the SRSG drew special attention to the devastating reality that countless thousands of children are desperate to flee from.

“Surrounded by violence and hardship, children feel ready to embark on a perilous journey of uncertainty and confront serious risks in the hope of finding a place of safety and security. Yet, more often than not these children fail to benefit from the protection they are entitled to. They can even be perceived as intruders rather than victims at risk as they cross borders in the search of a safe destination. It is  imperative and urgent to transform the continuum of violence that shapes their life into a continuum of protection of their fundamental rights!”

To mobilize further action towards the violence related SDGs, especially goals 4 on education, 5 on gender equality and empowerment and 16.2 on ending all forms of violence, the SRSG launched the publication “Ending the Torment: tackling bullying fromthe schoolyard to cyberspace” with the Governments of Mexico, Norway, Slovenia,South Korea, Uruguay and the European Union, in close cooperation with UNESCO, UNICEF, OIF and ATD Fourth World.

With the same sim, she supported the launch of the revised EU Guidelines on the Rights of the Child designed to advance implementation of the 2030 Agenda, and co- organized the event on violence against children in the Sustainable Development Agenda.

Recognizing the need to place priority attention on children furthest left behind, and as Chair of the UN Task Force on Children Deprived of Liberty, she joined partners in the event calling for strong support to the Global Study onChildren Deprived of Liberty, and was a keynote speaker in the event on access to justice in the juvenile justice system, hosted by the government of Indonesia in collaboration with the governments of Norway, Peru, Malaysia and South Africa. 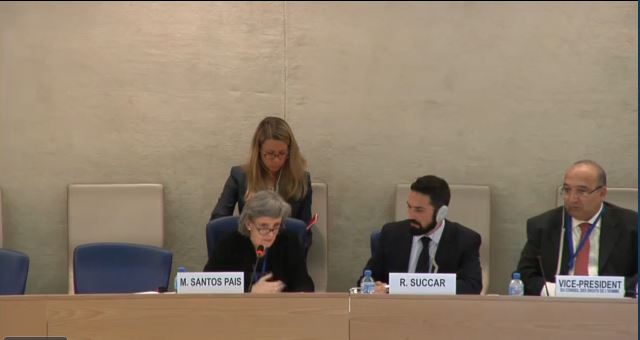