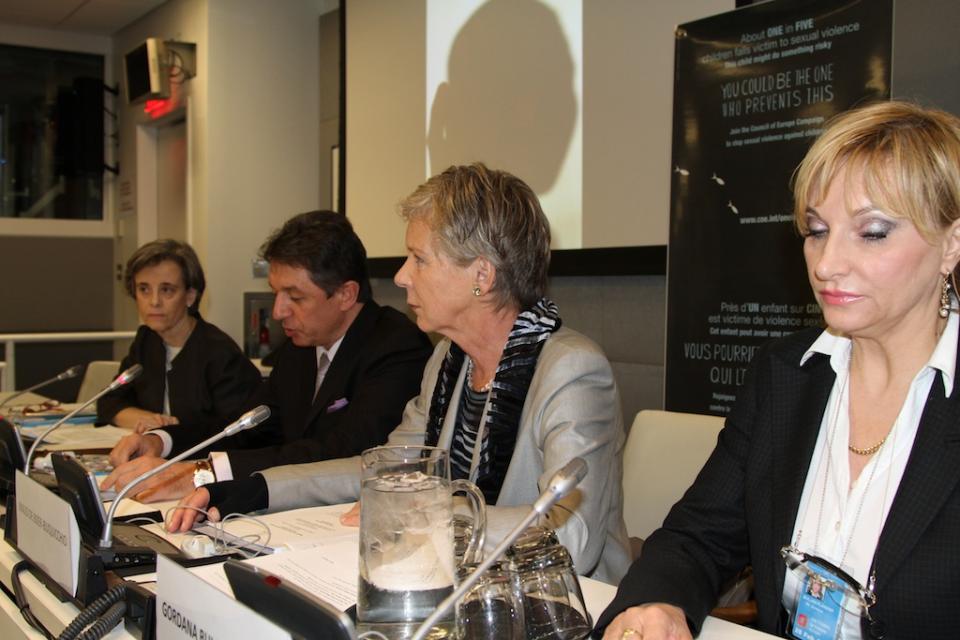 New York, 28 February 2011 - The Deputy Secretary-General of the Council of Europe, Ms. Maud de Boer-Buquicchio joined forces with the Special Representative of the Secretary-General on violence against children, Marta Santos Pais, at a UN panel discussion in New York.

Both high officials are avid campaigners for children’s rights. In her speech, Ms. de Boer-Buquicchio called for an urgent action to eliminate all forms of sexual violence against children.

The campaign aims to ensure national legal prohibition of sale of children, child prostitution and child pornography and criminalization of all forms of sexual exploitation of persons below the age of 18; safeguard the rights of child victims and witnesses who should be exempted from prosecution and arrest and the establishment of extra-territorial jurisdiction over the offences addressed by the OPSC.

The event was organized against the background of the 55th Session of the Commission on the Status of Women by the Special Representative of the Secretary-General on Violence against Children, the Council of Europe and in cooperation with the Permanent Mission of Ukraine to the United Nations.