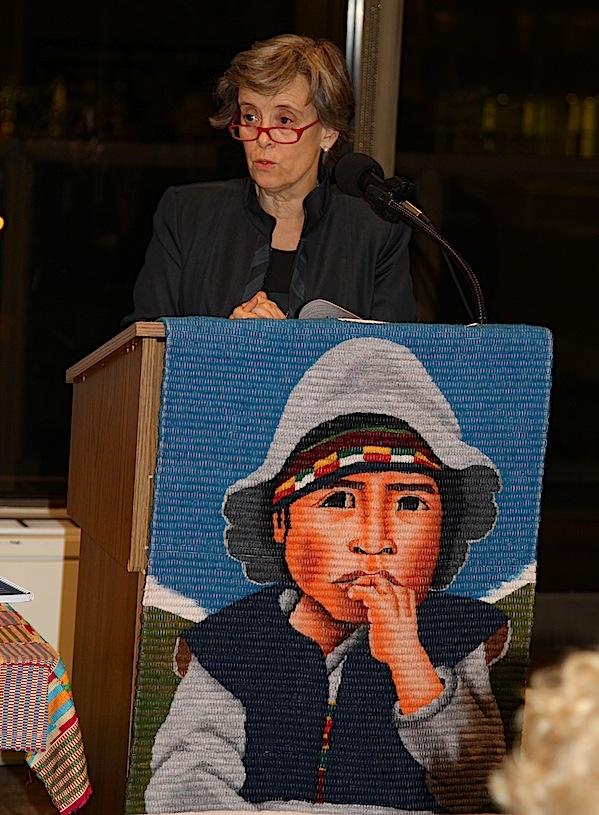 New York, 17 October, 2012 – SRSG Santos Pais welcomed the strong normative human rights foundation for safeguarding the rights of indigenous children at a side event co-organized by the Permanent Missions of Uruguay and European Union to the United Nations with the support of World Vision, Plan International and the UN Permanent Forum on Indigenous Issues.

Ms. Santos Pais highlighted the special significance for indigenous children of the adoption of the new third Optional Protocol to the Convention on a Communications Procedure that will allow children to bring complaints to the United Nations Committee on the Rights of the Child. The Protocol enables indigenous to seek justice in case of violation of their rights, including when incidents of violence take place.

“With the adoption of the Third Optional Protocol, Indigenous children will be able to raise their voices and denounce incidents where violence occurs. Despite important developments to safeguard indigenous children’s rights, the gap between international human rights instruments and their implementation remains wide and challenging. Still too often, indigenous children live in extreme poverty, suffer from poor health and face inequalities in accessing and enjoying education and in enjoying their culture and language”, added the SRSG.

The SRSG called on the promotion of non-violent values and awareness-raising within indigenous communities and to encourage change in attitudes and behaviour that condone violence against indigenous children.

This event was organized on the International Day of Eradication of Poverty. The SRSG evoked the special occasion by participating as key-note speaker at the launch of the report “Extreme Poverty is Violence, Breaking the Silence. Searching for Peace”, developed over three years (2009-2011) with the participation of families living in extreme poverty by the International Movement ATD Fourth World. The report compiles the findings from the participative action-research project on the relationship between extreme poverty, violence and peace and includes the views and experience of young people. The study can be found here.