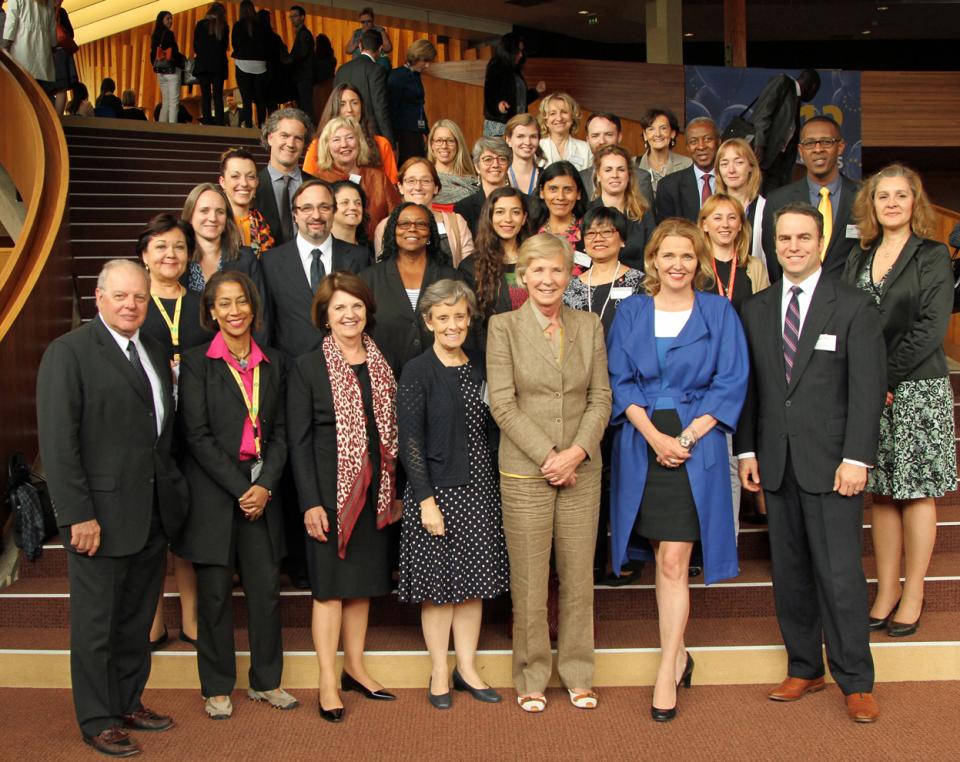 Strasbourg (France) 26 June 2015 - Joining hands with the Council of Europe, SRSG Santos Pais held in Strasbourg (France), on 18 and 19 June, the 5th Cross-Regional Roundtable to promote accelerated progress in the prevention and elimination of violence against children around the world.

Acting as a bridge-builder between regions, SRSG Santos Pais convenes each year a Cross-Regional Meeting on violence against children with representatives from regional organisations and institutions. This important annual forum provides a strategic platform to assess progress achieved, reflect on trends and common concerns, and identify opportunities for cross-regional cooperation.

Hosted with the Council of Europe, the 2015 session focused on the prevention and elimination of sexual violence against children. The meeting gathered high-level participation from the Association of Southeast Asian Nations (ASEAN), the Caribbean Community (CARICOM), the Central-American Integration System (SICA), the Council of the Baltic Sea States, the League of Arab States, the Inter-American Children’s Institute of the Organization of American States (IIN-OAS), the Latin-American and Caribbean Movement for Advancing the Protection of Children from Violence, the South Asia Coordinating Group for Ending Violence Against Women and Children, as well as the Committee on the Rights of the Child and the African Committee on the Rights and Welfare of the Child of the African Union.

This year’s session benefited from important discussions with the Council of Europe Lanzarote Committee, which monitors the implementation of Convention on the Protection of Children from Sexual Exploitation and Sexual Abuse, as well as with UN partners, including UNICEF, ITU, UNODC and the Special Rapporteur on the Sale of Children, Child Prostitution and Child Pornography, and with representatives from national governments, and leading experts from child rights institutions, academia and civil society organizations. 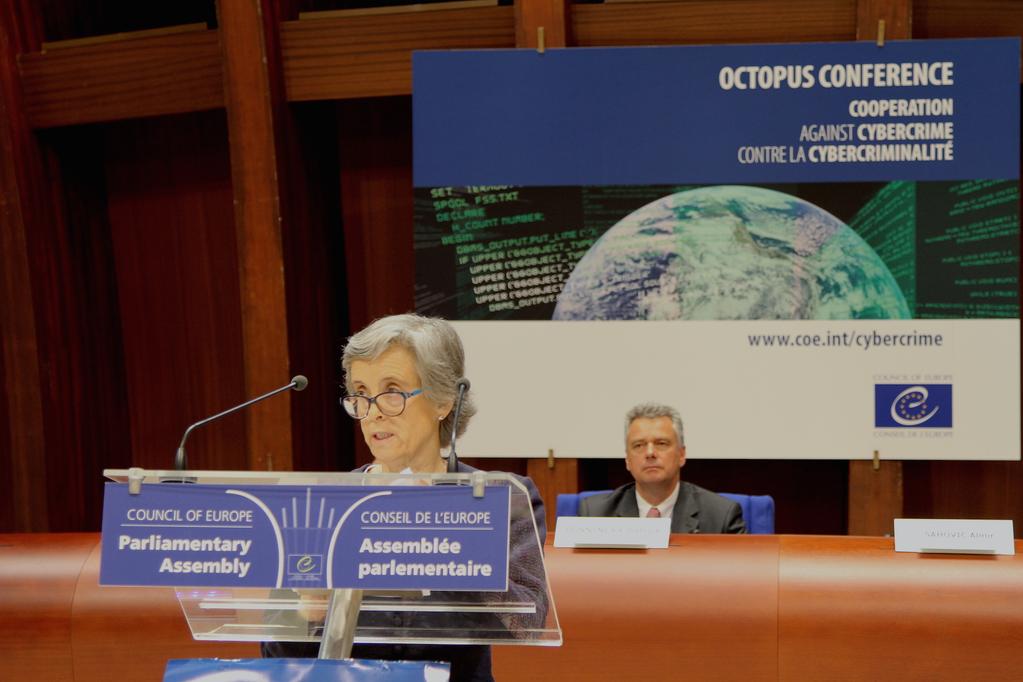 Organized back to back with the Octopus Conference against Cybercrime, the Cross-Regional meeting provided experts in the fields of cybercrime, child protection and children’s rights with a unique platform to share knowledge and agree on action needed. The importance of the Council of Europe experience in monitoring and fostering progress at national level was underlined by SRSG Santos Pais in her statement at the opening of the Octopus Conference and in her exchange of views with the Lanzarote Committee. She welcomed the fact that both conventions were opened to accession by any State and have become a reference worldwide.

Participants in the Cross-Regional meeting expressed deep concern at the pervasiveness and severity of sexual violence against children, its long-lasting impact on child victims and high cost for society. The constant evolution of information and communication technologies bring new challenges, with some forms of sexual exploitation making more and younger victims and raising enhanced difficulties for effective prosecution.

The representatives of the regional organizations and institutions reaffirmed their commitment to promote the ratification and implementation of relevant international and regional standards and to reinforce their cooperation to strengthen children’s protection from sexual violence and to fight impunity for this serious child rights violation. They agreed to take legislative, policy and other measures to prevent these offences and secure children’s access to child sensitive counselling, complaint and reporting mechanisms and to reparation, recovery and reintegration services; to establish effective oversight and reporting responsibilities for professionals working with and for children and to ensure that candidates to these professions have not been convicted of acts of sexual exploitation or child sexual abuse. They also agreed to reinforce international cooperation to enable the investigation and punishment of those found responsible, whenever needed through cooperation across borders. 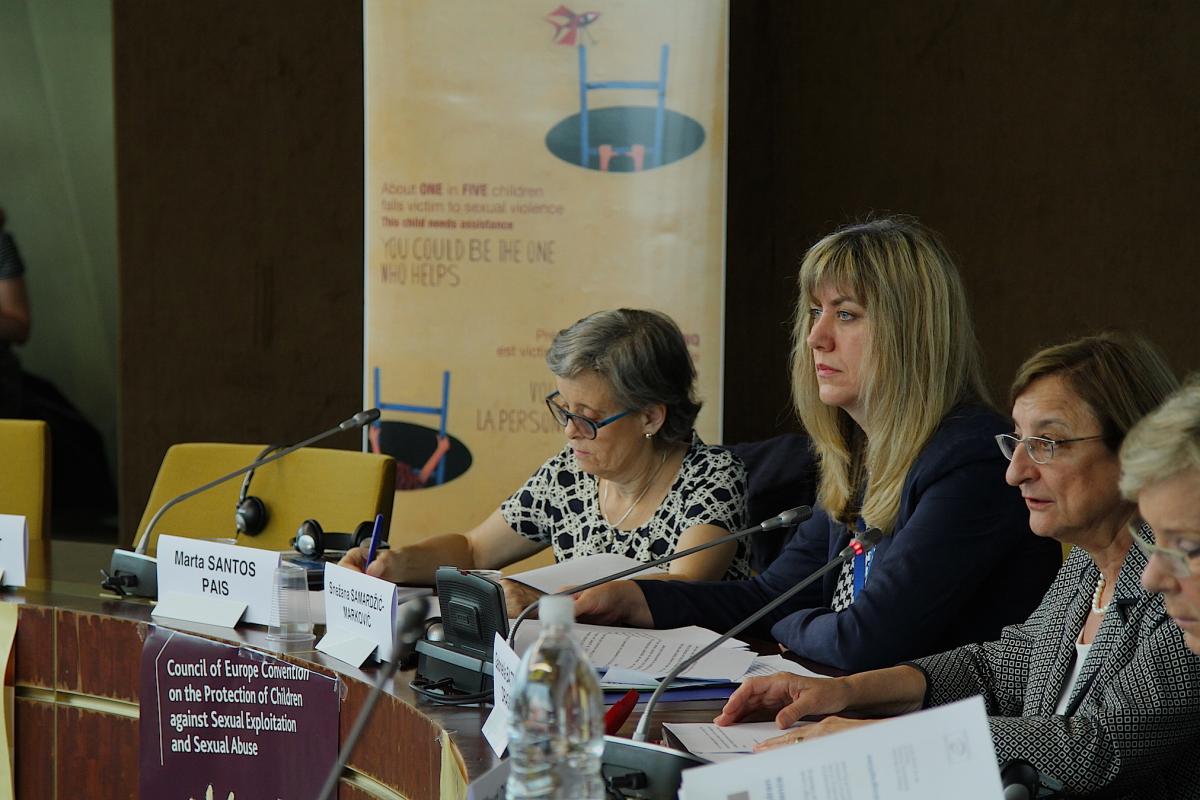 To address the specific challenges associated with the use of ICTs, participants called for strengthened partnerships, including with Member States, national independent child rights institutions, civil society, academia, the media, the private sector, and faith based organizations, to advance implementation of a safe, inclusive and empowering digital agenda for children, highlighting the need for a dedicated multi-stakeholder platform to enhance children’s empowerment and use of ICTs while safeguarding their online safety and protection.

Participants also agreed on the need to support and mobilize support to the process of implementation of the Post-2015 sustainable development agenda, particularly towards ending all forms of violence against children, and committed to build upon the momentum provided by the 10th anniversary of the UN Study on Violence against Children and the 20th anniversary of the Stockholm World Congress against the sexual exploitation of children to trigger urgent political action and public support to safeguard children’s protection from violence in all its forms. The outcome of the meeting is captured in the Round Table Conclusions and Recommendations.