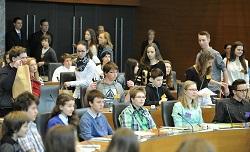 The Children's Parliament of Slovenia is committed to place children’s rights high on the political agenda in the year that celebrates the 25th anniversary of the Convention on the Rights of the Child.

On April 7th, SRSG Santos Pais joined the Slovenian Prime-Minister and other members of Government, members of the National Assembly and children's organizations in a lively session on the “Future of our societies – views of children and adolescents on the world's development” during which young parliamentarians requested more attention to be given to their views and recommendations.

“We recognize we are different, but we are also equal and no one should be excluded”, stressed the young participants. "The economic crisis cannot compromise children's rights or aggravate their marginalisation" they added.

The role of the media, and how ethical reporting can play an important role in safeguarding children's privacy and human rights was considered a key priority to raise  awareness of child protection concerns among children and the general public. 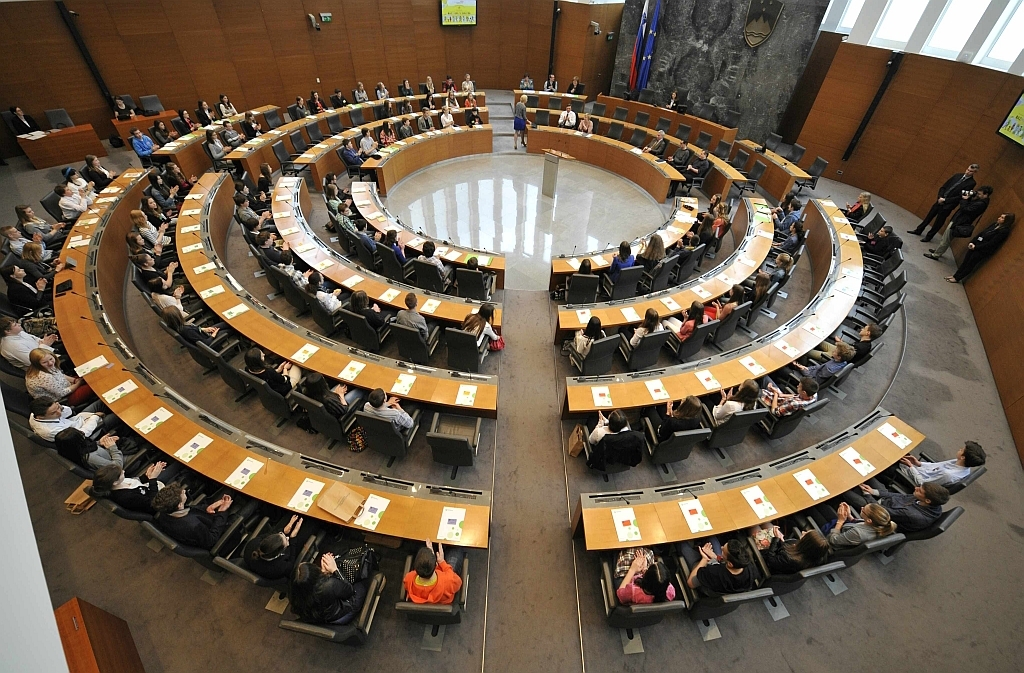 The session resulted in a set of recommendations from the Children’s Parliament on how to prevent and address child violence and sexual abuse, secure food security and improve young people's well-being.

SRSG Santos Pais welcomed Slovenia's “strong voice in the UN to advance the realization of the rights of the child” and encouraged the swift ratification of the protocol on a communications procedure.

“Children need to be fundamental actors in the promotion of their own rights as well as of mechanisms to enhance their protection from violence. It is indispensable that young people have access to information and are empowered to influence the society they are part of”, stressed the SRSG.

Throughout her mandate, SRSG Santos Pais has made dialogue and consultations with children and young people a core component of her efforts to end violence against children.
In her visit to Slovenia, SRSG Santos Pais is also meeting with key Ministers, parliamentarians as well as the Ombudsperson for Human RIghts, civil society partners and representatives of the Roma community.