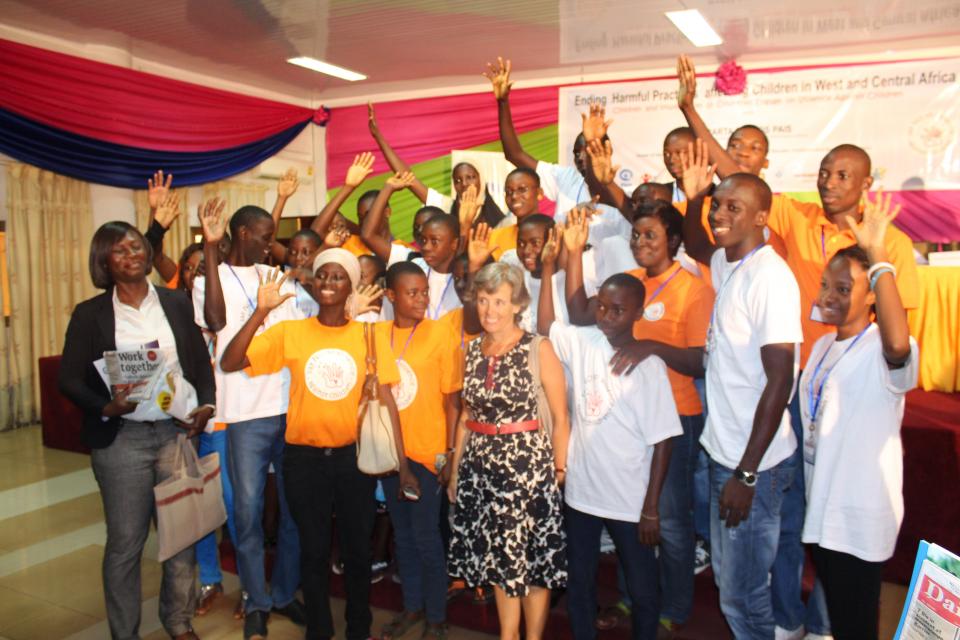 Ghana, 2 September 2013 - The Children and youth Forum was co-organised with Plan International, UNICEF and other child rights organisations and hosted by the Ghanaian Minister of Gender, Children and Social Protection, Ms Nana Oye Lithur. The Forum brought together 100 young advocates from 13 countries in West and Central Africa who shared experiences and discussed strategies to abandon harmful practices against children and young people in the region. As stressed by the young advocates, the aim of the forum is to make harmful practices part of a distant past.

At the opening session, Ms. Santos Pais congratulated the young participants for their critical efforts to raise awareness and advocate for the elimination of harmful practices and all forms of violence against children throughout the region.

“I firmly believe in the importance dialogue and strong partnerships with children and young people to end violence against children, including when it is associated with harmful practices. Children are hidden victims and best placed to expose those practices and help identify solutions for their prevention and abandonment."

“Harmful practices affect girls and boys of all ages and in all corners of the world. Expressed in different forms or for different reasons, these practices compromise the enjoyment of children’s rights.  But experiences from across the world have taught us that real change is within reach. With strong political commiment, effective legislation and the active involvement of families, communities, traditional and religious leaders and children themselves in social change and implementation efforts, the abandonment of harmful practices is a goal that can be reached within a generation” said the SRSG Santos Pais.

During the Forum, Ms Santos Pais announced the creation of an advisory committee with child and youth participation to provide a direct communication channel with her mandate and to benefit from young people’s suggestions and recommendations in preventing and addressing violence against children. This initiative will build upon existing networks and processes at the national, regional and international levels.