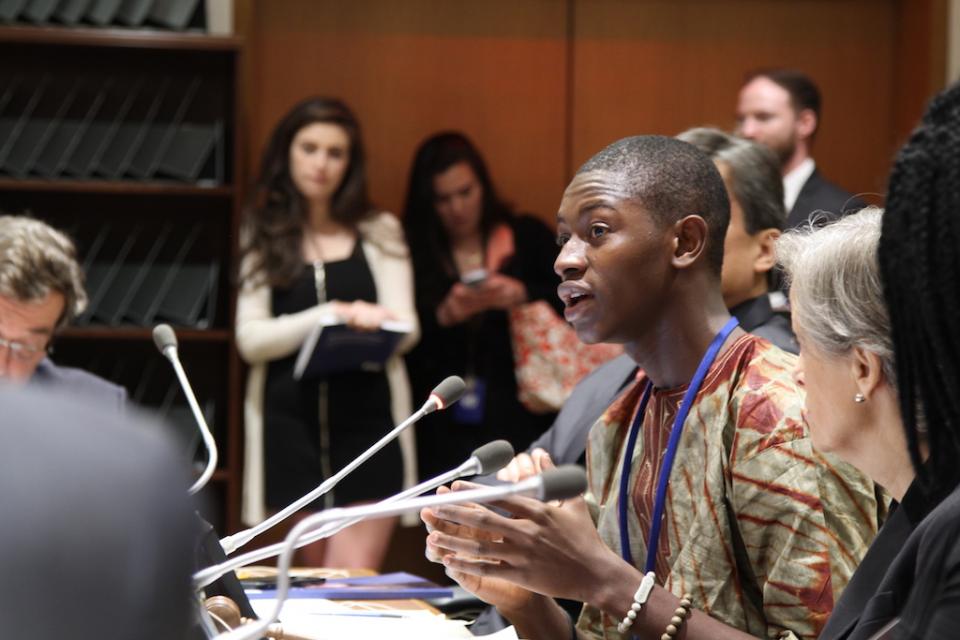 New York, 14 October 2016 - The SRSG on violence against children launched a new landmark publication on the protection of children from bullying and cyberbullying today. Ending the torment: tackling bullying from the schoolyard to cyberspace brings together reflections and recommendations for action from leading experts around the world and builds on the recently published report of the UN Secretary-General on the protection of children from bullying.

“Bullying and cyberbullying are global phenomena and they are amongst children’s top concerns. Bullying is hurtful and often part of a continuum, a torment that shapes children’s lives from the school yard to the neighbourhood, and increasingly to the online world. In an online consultation undertaken by my Office with UNICEF’s U-Report platform in which more than 100,000 children and young people participated, nine in every ten respondents considered that bullying is a major problem; two thirds reported having been victims; and one third did not tell anybody, not knowing whom to tell or feeling afraid to do so.”

While there are still many gaps in the data collected on children’s exposure to bullying and on the effectiveness of programmes designed to address it, there is a considerable wealth of information and research that needs to be shared more widely with all stakeholders. Ending the torment is a significant contribution to such knowledge-sharing and to boost action to achieve positive change.

“This publication is designed to reach out to government leaders and decision-makers, as well as researchers, educators, health professionals and child protection actors who can help design sound policies and laws and promote their effective implementation, while supporting families and making a lasting difference in the life of children,” SRSG Santos Pais said.

“There is no time for complacency. Bullying leaves a long-lasting blight on children’s lives, and has irreversible consequences on their development and their opportunities to thrive later in life. But this is not a fate! The movement to ensure the realization of children’s rights and to overcome passivity or indifference when violence occurs is growing. Through enhanced cooperation, and with serious investment in proven strategies for violence prevention, bullying can become part of the distant past.”

Recalling the recent report of the Secretary General to the General Assembly on this topic, SRSG Santos Pais outlined the five critical areas that must be prioritized to prevent and address bullying and cyberbullying, namely: building a culture of respect for children’s rights and of zero tolerance of bullying; providing advice and support to parents and caregivers; empowering children at school and as digital citizens; ensuring whole-school and whole-community approaches; and translating states’ accountability into sustained action through a comprehensive, well-coordinated and funded policy and legislative framework, and through reliable disaggregated data and sound research.

“I am confident this publication will contribute to the growing impetus worldwide to prevent and address bullying and cyberbullying and support the international drive to end all forms of violence against children, leaving no child behind,” SRSG Santos Pais concluded.