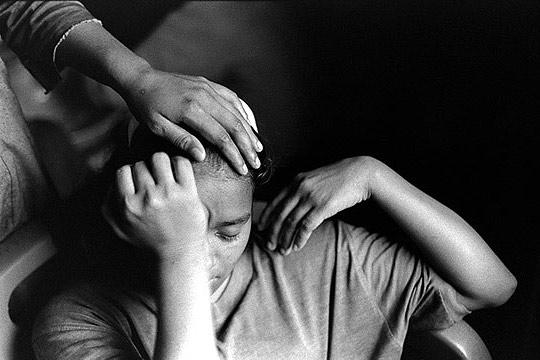 Geneva, 29 September 2016 - The Special Representative joined the Working Group on Children and Violence of Child Rights Connect, a wide group of civil society organizations, and the Global Partnership to End Violence against Children in a panel discussion to commemorate the 10th anniversary of the UN Study on Violence against Children on the margins of the 33rd Session of the Human Rights Council on 27 September in Geneva. The event was co-sponsored by the Governments of Mexico, Portugal, Switzerland, Sweden and Uruguay.

The panel discussion examined achievements made since the presentation of the UN Study on Violence against Children in 2006 and identified emerging challenges and strategic opportunities for accelerating progress towards the elimination of violence against, including in the context of Agenda 2030 on Sustainable Development.

“The UN Study on Violence against Children is as relevant as ever and remains a crucial reference for policy action and for moving towards the elimination of all forms of violence against children by 2030, as foreseen by target 16.2 of the Sustainable Development Goals.”

The Special Representative highlighted the inherent relationship between the implementation of Agenda 2030 and steps to reach SDG 16.2 and states legal obligations and accountability for children’s rights. For this reason she called for the mainstreaming of Agenda 2030 and violence related SDGs in the reporting process of monitoring treaty bodies, in the Universal Periodic Review process as well as in the work of Special Procedures of the Human Rights Council.

" It is indeed high time to narrow the gap between commitments to the realization of children's rights and the reality on the ground. It is imperative to give each child a genuine chance to grow up free from fear and from violence. In the count down to 2030 everybody counts and everybody is needed! The March 2017 session of the HRC devoted to ‘child rights and the SDGs’ offers a unique opportunity to boost this important process, and very especially to place children's freedom from violence at the heart of the Human Rights Council agenda and of the Council's contribution to the process of review and follow up of Agenda 2030”, she stressed.

Dr. Etienne Krug from the World Health Organization, representing the Executive Committee of the Global Partnership to End Violence against Children, highlighted the potential of the newly adopted INSPIRE, a package of seven evidence-based strategies, to support national implementation efforts for ending violence against children.