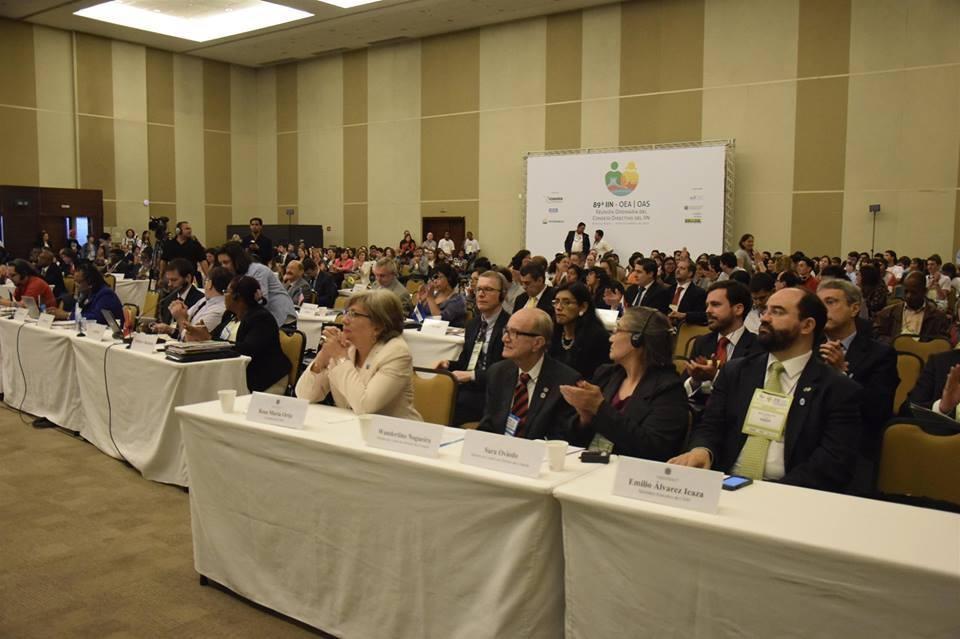 Brasília, 12 December 2014 – Special Representative of the UN Secretary-General on Violence against Children Marta Santos Pais joined in Brasilia the XXI Pan American Congress on Children and Adolescents, devoted to “Childhood and Adolescence: Building environments of peace.”

“In the Americas, the most violent region in the world and with the highest levels of child homicide, the protection of children from violence is put at risk on a daily basis; and it is compounded by high levels of inequality and social exclusion, lack of opportunities, the widespread use of arms, the presence of organized crime and gangs, and a culture of impunity. For many children in the Americas, life is defined by two words: fear and pain. This is a sad reality, but it is not a fate. We can and must change it!” said SRSG Santos Pais.

In her address, the Special Representative urged the OAS high level states’ delegations to translate into action their commitments to the prevention and elimination of violence against children, and to build upon the regional roadmaps agreed upon the regional consultations organized in cooperation with her mandate in South America, Central America and the Caribbean regions.

“In the year of the 25th anniversary of the Convention on the Rights of the Child, I urge OAS Member States to deliver on their promises by taking decisive action to safeguard the rights of all children, and at all times. Through the design of the future global development agenda, you have a golden opportunity to make the Convention center stage and promote a quantum leap in children’s protection from violence,” the Special Representative stressed.

The Pan-American Congress is the most important children and adolescent’s political forum in the Organization of American States (OAS). Having being declared as an Inter-American Specialized Conference by the Permanent Council of the OAS, the Congress sets the agenda on children for the next five years in the Americas.

The Congress was convened by the Inter-American Children’s Institute (IIN) and hosted by the Government of Brazil. It reviewed national developments and most pressing challenges in the consolidation of children’s right to freedom from violence, with a special emphasis on children’s protection from violence in the juvenile justice system, the prevention and elimination of child sexual abuse and exploitation, and the crucial importance of investing in early childhood and preventing children placement in alternative care.

The unified Resolution adopted by the Pan-American Congress reaffirmed the OAS Declaration on Violence and Exploitation of Children, adopted during its 44th ordinary session held in Paraguay, which calls for the Post 2015 development agenda to address the issue of violence and exploitation perpetrated against children.

The Pan American Congress is a body of the Inter-American Children’s Institute (IIN). It meets every five years with the purpose of promoting the sharing of experience and knowledge in specialized subjects among the member states of the Organization of American States, in order to establish a regional agenda for the promotion and protection of children in the Americas.