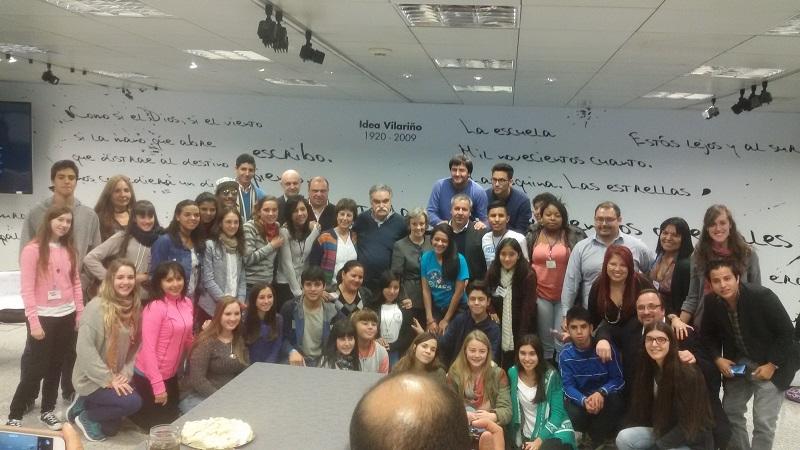 Montevideo (Uruguay), 25 May 2016 - Special Representative (SRSG) Marta Santos Pais conducted an official visit to Uruguay from 22nd to 25th of May on the occasion of the the Presidency Pro tempore of Uruguay.

The mission included the participation in the the Permanent Commission of Niñ@ Sur,the  International Seminar “Niñ@ Sur, " it is High Time” and a Regional Consultation co-organized with the Government of Uruguay and the Latin America and Caribbean Movement for Children (MMI LAC) with children and adolescents on  bullying and cyber bullying. 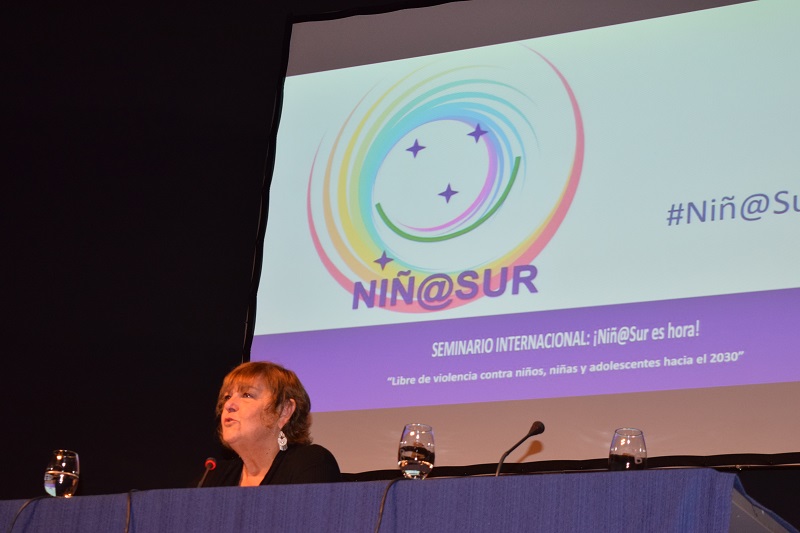 The visit also included a dialogue with governmental officials, representatives of the Independent Human Rights Institution, civil society representatives, as well as, children and young people, including children deprived of their liberty.

SRSG Santos Pais commended the Government of Uruguay for its leadership and commitment to children´s agenda and expressed her deep appreciation for the organization of the national launch of the High Time initiative to end violence against children that it "is a strong and positive example of the the decisions adopted by the Senate of the Republic and the Council of Ministers in protecting children from violence".

The Government of Uruguay adhered to the High Time initiative promoted by the SRSG's office of the in partnership with multiple actors and organizations to build a world without violence against children.

During her visit, SRSG Santos Pais highlighted the important developments achieved in the country in the process of implementation of the recommendations of the United Nations Study on Violence against Children. Ms Santos Pais praised the leadership of Uruguay - the first country in Latin America that legally banned physical and humiliating punishment against children (2007)-, in the promotion of international standards on the rights of children and the process of adequation of the national legal framework in compliance with the international standards on the rights of the child. 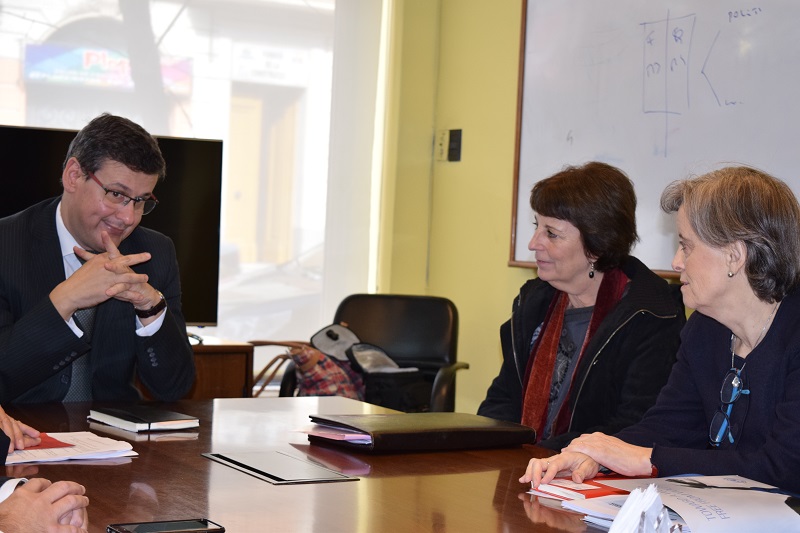 Furthermore, SRSG Santos Pais encouraged Uruguay to redouble efforts to overcome persisting challenges in the area of the rights of the child, strengthening violence prevention and supporting parents and families in the upbringing and education of children; the establishment of sensitive and accessible counselling, reporting and complaint mechanisms in cases of incidents of violence; and awareness campaigns to transform attitudes that tolerate and condone violence. Ms. Santos Pais also urged the country to strengthen the system for the protection of children in the process of development of the new national Plan of action for children and adolescents, and very especially in the justice system for children in trouble with the criminal law.

In this context, she recommended strengthening the promotion of alternative measures to deprivation of liberty, capacity building of staff working in the justice system and all those responsible for the rights of children; as well as, the establishment of restorative justice programs and family support. With the adoption of the measures described above, Uruguay can become a reference in the region. "Punitive approaches create more violence and more social exclusion. Responsibility for persons below 18 years having infringed the penal law is effectively addressed through alternative measures to detention as it is the case of restorative justice", said the Special Representative.

In the Regional Consultation with children and young people, SRSG Santos Pais recalled that the elimination of violence "starts with the commitment and action of each person. This is the philosophy that inspires the High Time initiative which recognizes the empowerment of children and adolescents as a fundamental dimension."

Children and adolescents urged Governments, society and families to join forces to urgently act and implement laws to address bullying and cyber bullying.

"In addition to laws, we need more action," more affection, no more harm; it is High Time to end violence" stressed children and adolescents from Latin America. With increased investment in prevention, access to a transformative education that will allow access to better opportunities and tools to promote rules of peaceful coexistence and support parents to raise their children in environments with affection and protection, bullying and cyber bullying can be eliminated. The reflections and recommendations formulated by children and adolescents are fundamental inputs to the elaboration of Secretary-General report on the protection of children from bullying and cyber bullying that will be presented next October to the United Nations General Assembly.

During her participation in the Permanent Commission Initiative Niñ@ Sur of MERCOSUR, SRSG Santos Pais welcomed MERCOSUR´s commitment to the High Time initiative to end violence against children promoted in the year of the 10th anniversary of the UN Study on Violence against Children and in support of the process of implementation of Agenda 2030.

MERCOSUR´s political commitment clearly illustrates the follow up process promoted in the region in support of the UN Study on violence against children, recognized as one of the key pillars for the protection of human rights and the strengthening of democratic systems in the region. In addition, Ms Santos Pais urged MERCOSUR to strengthen efforts to consolidate progress achieved in human rights in the region and in doing so, to ensure participatory and inclusive processes in the development of the regional guidelines for the promotion of good treatment and violence prevention in MERCOSUR. With a clear vision, sustained investment and data and evidence-based strong action, it will be possible to build a world as big as the dreams of children, a world with zero violence.