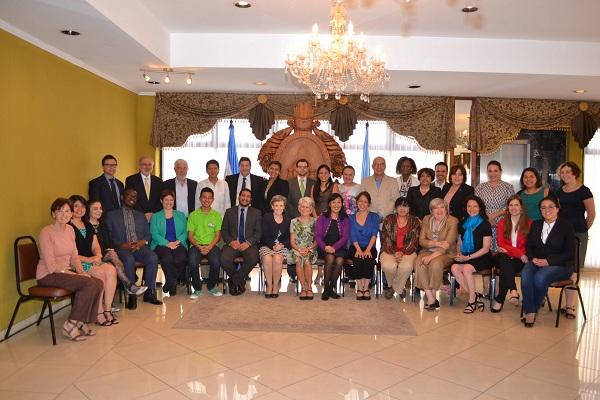 Tegucigalpa (Honduras), 8 July 2015 - The Special Representative of the UN Secretary-General on Violence against Children, in cooperation with UNICEF and the Government of Honduras, convened an International Expert Consultation on Children’s Right to Protection from Armed Violence in the Community. Held in Tegucigalpa, Honduras, the meeting gathered representatives from national governments, UN agencies, regional organizations, research institutions and civil society; as well as children and young people.

“In communities affected by violence, where availability of arms is widespread and presence of criminal networks is intense, children’s daily life is surrounded by fear and a deep sense of insecurity. As witnesses or direct victims, in the street, in schools, in institutions, as well as in the home children’s exposure to incidents of violence is cumulative and felt as a continuum. It is urgent to revert this pattern and secure children’s safety everywhere and at all times” highlighted Special Representative Santos Pais.

The Consultation examined the multidimensional effects of armed violence in the community, its association with social exclusion, weak governance and low levels of rule of law; as well as, a mistrust in justice and lack of mechanisms to fight impunity.

Those living in deteriorated neighborhoods and belonging to ethnic minorities are hardest hit and remain highly vulnerable to extortions, pressure to join violent gangs and exposure to armed violence and violent deaths. 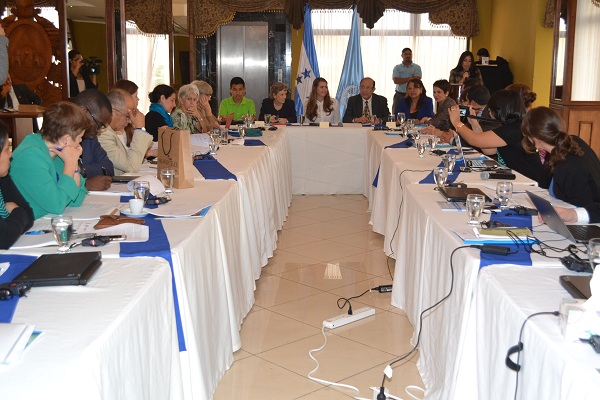 The Consultation reaffirmed the crucial value of human rights standards to secure children’s right to freedom from violence and to guide State’s laws, policies, budgets and actions to prevent and eliminate all forms of violence against children, including armed violence in the community. Participants urged States and all actors in society to build inclusive and peaceful spaces in the community, in schools and in the home as an imperative for all nations and a crucial investment to achieve sustainable development for all.

The conclusions and recommendations of the Consultation will inform a Special Representative’s Thematic Report on the Protection of Children from Armed Violence in the Community in support of the process of implementation of the Post 2015 Global Development Agenda and towards the elimination of all forms of violence against children.