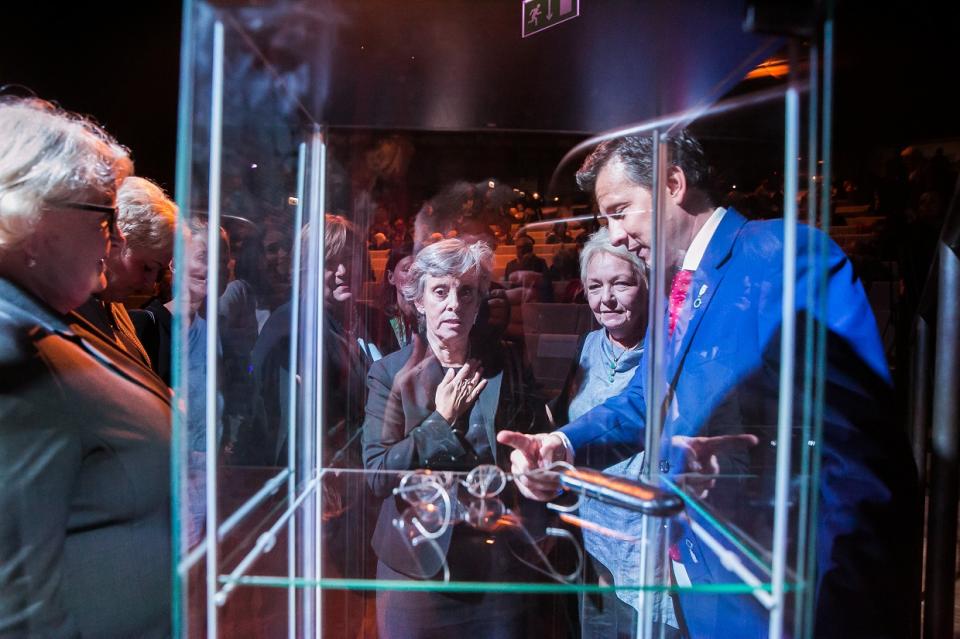 Warsaw (Poland) 19 September 2017 - SRSG Santos Pais joined the 8th International Janus Korczak Child Rights Congress in Warsaw as keynote speaker on the occasion of the 75th anniversary of the last road of Janusz Korczak and children from the Orphans Home in Warsaw.

The session was hosted by the University Maria Grzegorzewska in cooperation with the Office of the Ombudsman for Children in Poland, and brought together child rights experts and academia from around the world.

Ms. Santos Pais praised the vision of Mr. Korczak for inspiring the international community to count on children as a resource and agents of change.

“Janusz Korczak’s call to place children first and above legal, political, social and economic differences, and to recognize children as citizens of today and as true agents of change was forever captured in the ground-breaking provisions of the Convention on the Rights of the Child. And this call remains as important as ever!

I was privileged to participate in the drafting of the Convention, a process initiated and chaired by Poland. Developed during the divisive times of the Cold War, the Convention helped to bridge different legal systems, cultural contexts and political agenda. It provided the world with a strong and comprehensive charter of children’s rights and, most importantly, marked a paradigm shift in the way children are envisaged by society: not as passive beneficiaries of services or people of tomorrow, but as citizens of today and real partners in the consolidation of democracy - the same way Janus Korczak envisaged young people in Dom Sierot, the Orphans Home in Warsaw. And as we learned from Janus Korczak, it is the voices of children that convey our most compelling and urgent reason for action!”

During the ceremony, SRSG Santos Pais was awarded a Doctorate degree Honoris Causa by the Maria Grzegorzewska University for her achievements in the field of children’s rights and children's protection from violence. 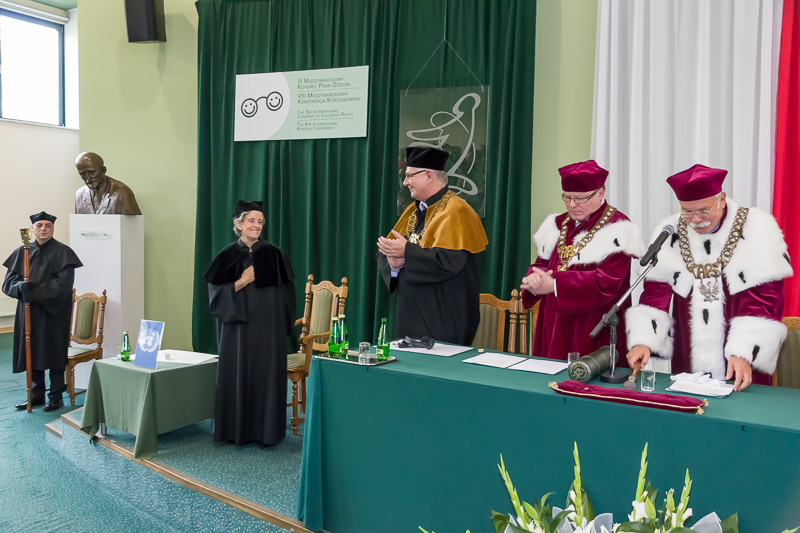