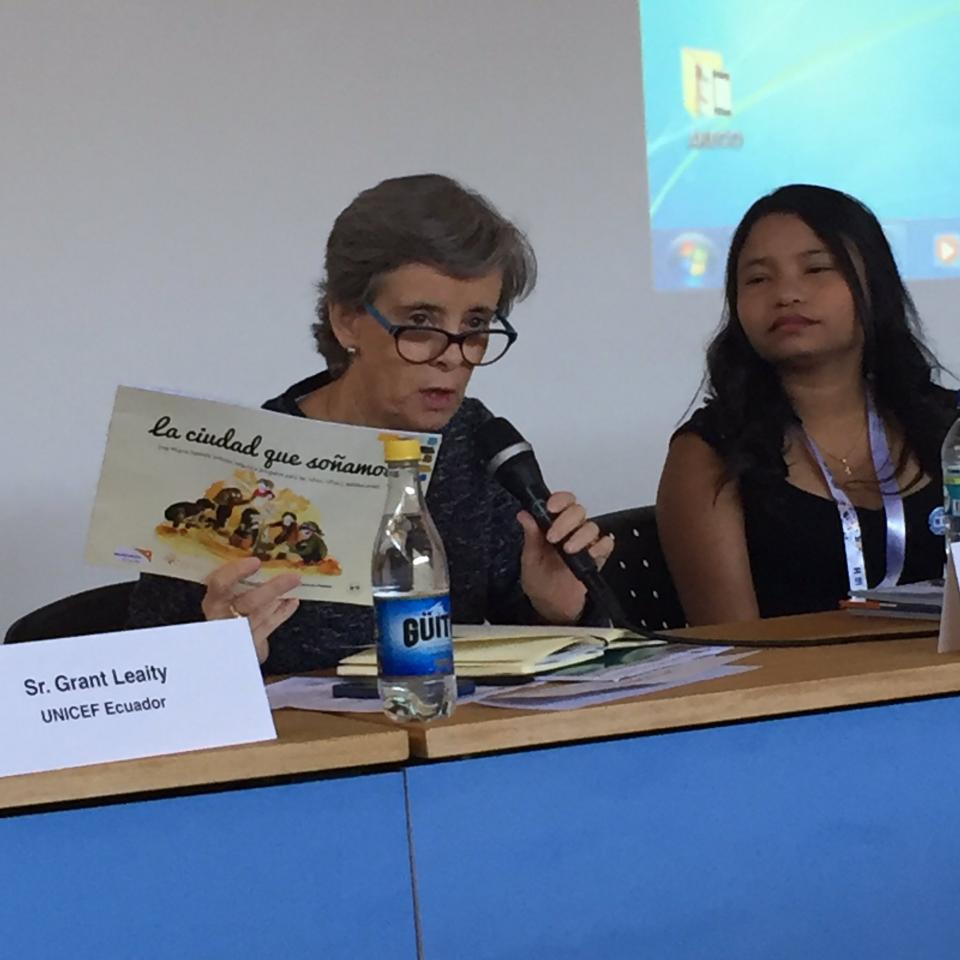 New York, 24 October 2016 - Armed violence in the community compromises children’s rights and is associated with serious risks for their development and safety, causing children to be injured, disabled, traumatized, exploited, orphaned, imprisoned and at times killed.

On 19 October, SRSG Santos Pais, launched her new report on Protecting children from Armed Violence in the Community on the occasion of Habitat III, the United Nations Conference on Housing and Sustainable Urban Development held in Quito.

“Gun violence, organized crime, weak rule of law and impunity are risks faced by children in marginalized urban areas, risks that compromise their fundamental human rights", highlighted SRSG Santos Pais.
Living in a community affected by armed violence has consequences for children who are targeted as well as those who witness or feel threatened by such an environment. Armed violence disrupts social harmony and family life, interrupts schooling, compromises health care, undermines economic development and generates fear which limits children’s ability to move freely, participate in the life of their community, enjoy childhood and develop as empowered citizens.

"Mayors have a crucial role And responsibility in building safe and inclusive cities, where children can develop to their full potential and enjoy childhood free from violence. And in this process it is essential to listen to children's voices and take into due account their perspectives, experiences and recommendations" SRSG Santos Pais added.

“Addressing urban issues is more important than ever for the world’s children. Serious concerns such as violence, inequality and exclusion in cities are not getting the attention they deserve," said Grant Leaity, UNICEF representative for Habitat III on the occasion of the study launch.

Mayor from Miraflores, Peru, and representatives from Quito’s Municipality, and La Paz, Bolivia, participated in the launching of the Report, shared their experiences and committed to prevent violence against children in their cities. And children presented their vision of a city of their dreams, a city where they can enjoy childhood free from fear and from violence.

Protecting children from the impact of armed violence in the community is a priority concern for the Special Representative of the Secretary-General on Violence against Children and is being pursued in cooperation with a wide range of partners within and beyond the United Nations. This is a topic also on the agenda of the Coordinating Action on Small Arms in which the Special Representative participates together with UN agencies to address the impact of weapons on human rights, development, crime, terrorism, gender, youth, health and humanitarian activities.

The launch event was organized by the Office of the Special Representative of the Secretary-General on Violence against Children in collaboration with UNICEF, the Global Movement for Children in Latin America and the Caribbean (MMILAC), the Regional Network of Children and Adolescents in Latin America and the Caribbean (REDNNYAS), Igarapé Institute and Know Violence in Childhood Global Learning Initiative.

During her visit, the Special Representative met with the vice Minister of Education and with The President of the National Assembly of Ecuador, as well as with civil society and young people.

SRSG Santos Pais encouraged Ecuador to promote enhanced efforts to strengthen children's protection from violence, including through legislative measures to ban all forms of violence in line with the Convention on the Rights of the Child, as well as the consolidation of data to capture the magnitude of this phenomenon including in the context of the school system.

SRSG Santos Pais further encouraged Ecuador to invest in violence prevention, to enhance the capacity of professionals working with and for children and to support parents in the upbringing of children, while supporting awareness raising and social mobilization initiatives to transform attitudes that tolerate and condone violence against children.

To address bullying and cyber bullying, SRSG Santos Pais urged the Government to strengthen the national system for the protection of children from violence by securing the adequate investment in the establishment across the country of education counselling departments (Departamentos de consejeria educacional - DCE).

"With a clear vision, a clear normative framework, sustained mobilization of resources and sound data and evidence-based action, it will be possible to build a world as big as the dreams of children, a world with zero violence. This is what children of Ecuador ask for. They deserve no less", highlighted the Special Representative.

UNICEF and SRSG on Violence against Children press release