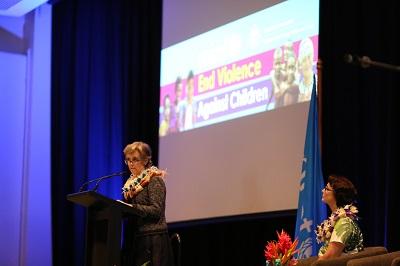 Nadi, Fiji 20 May 2015 – SRSG Santos Pais praised Pacific leaders for their strong commitment to reduce the high rates of violence against children reported in the region.

During a three-day conference in Fiji that brought policy makers, civil society groups and government leaders from 13 Pacific countries together to discuss more effective ways to address violence against children in the region, Special Representative Santos Pais outlined an agenda to reverse a global, widespread, hidden and in many cases socially condoned pattern.

"In my work as Special Representative, I am particularly committed to supporting countries to achieve four priority goals to address violence against children, as highlighted in the UN Global Study: the universal ratification of the Optional Protocols to the CRC; the development in each country of a sound national agenda to prevent and respond to all forms of violence; the enactment of legislation to prohibit all manifestations of violence against children; and the consolidation of data and research to inform progress in this area. These are areas where much progress is being made in the Pacific, but also where many gaps remain; for example among Pacific Island countries, only two have ratified the Optional Protocol on the sale of children, child prostitution and child pornography. The adherence to this treaty will help to prevent and address children's sexual exploitation and fight impunity across borders!" added Ms. Santos Pais.

The report confirmed a strong link between violence against children and violence against women. Girls who grow up in violent households are more likely to become victims of sexual and domestic violence as adults, and boys have a greater chance of growing up to perpetrate violence in their relationships. The study provided evidence for policies, legislation and services that address all forms of family violence. 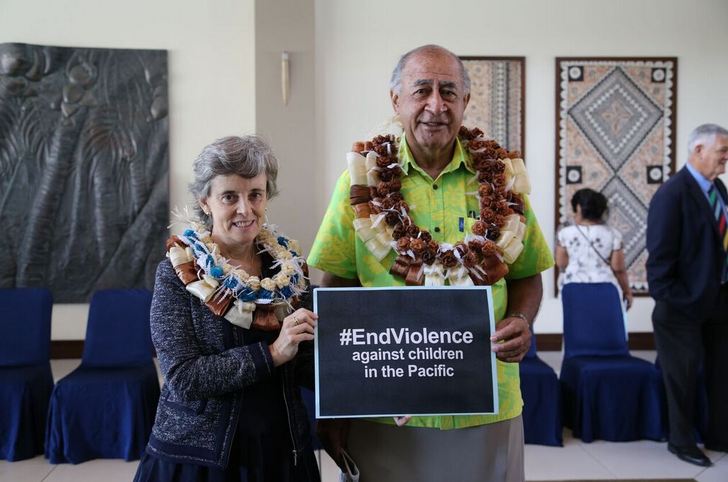 During the conference the President of Fiji, His Excellency Ratu Epeli Nailatikau and the Special Representative to the United Nations Secretary General on Violence against Children, Ms. Marta Santos Pais, sent a strong and unified message saying that “Violence against children is not inevitable, it can be prevented.” As the president highlighted, There us a need to put an end to it full stop.

In addition to the very harmful results of violence at the individual and community level, participants discussed the direct impact on the economic and social development of a country. The cost of violence against children in the East Asia and Pacific region is estimated to be 2 percent of GDP.  In countries with developing economies, these are costs that many countries simply cannot afford.