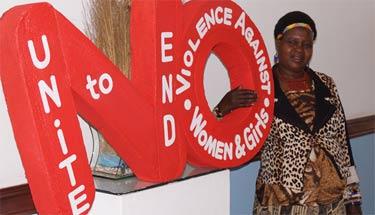 “This decision shows local leadership supporting children's universal aspirations. It is an exemplary decision that should inspire other traditional leaders in Malawi and beyond”, said the SRSG Santos Pais. “I look forward to continuing joining efforts with the government of Malawi and its traditional leaders as well as with UN Women and UNICEF to further advance the protection of children from violence”, she added.

Child marriage is both t he cause and consequence of grinding poverty, violence and the inescapable inequality that is particularly affecting girls. Chief Inkosi Kachindamoto recently annulled 330 child marriages in the district of Dedza (Central Region), sending the girls back to school. In addition, she suspended the Village Heads that had consented to the marriage in order to set a good example and encourage other Chiefs to not endorse a practice which according to the 2014 Malawi MDG Endline Survey affects one out of two girls before they turn 18 years.

The role of local and community leaders was explored at the International Expert Consultation on “Strengthening Communities to Secure Children’s Right to Freedom from Violence” that the SRSG co-organised with Plan International and that was sponsored by the Norwegian Ministry of Foreign Affairs in Klækken, 3 – 4 September 2015.