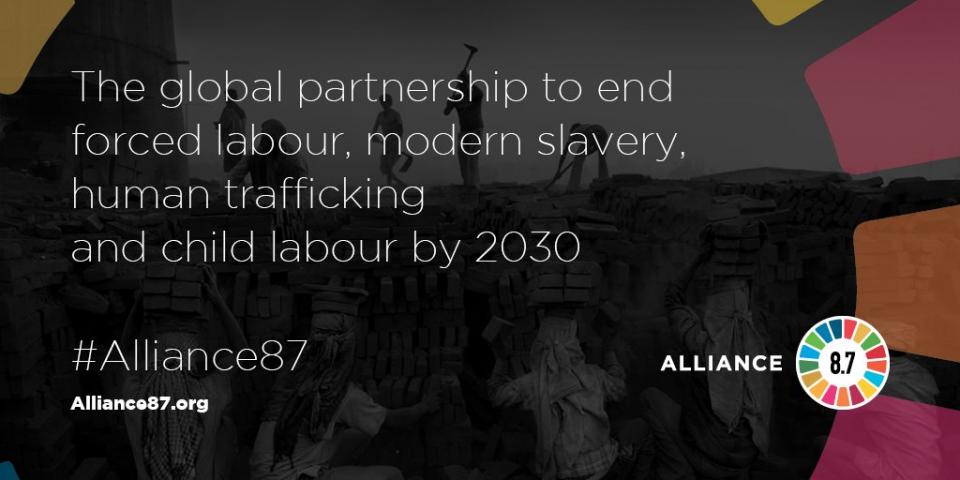 New York, 21 Septmeber 2016 - A new Global Alliance to eradicate forced labour, modern slavery, human trafficking and child labour was launched today at a side event of the 71st UN General Assembly in New York. SDG Alliance 8.7 builds on the momentum created by the 2030 Sustainable Development Agenda and brings together all key stakeholders to focus efforts on the eradication of forced labour, modern slavery and human trafficking, and secure the prohibition and elimination of all forms of child labour. Alliance 8.7 will increase global awareness on these issues, strengthen coordination of existing measures, promote effective monitoring and knowledge sharing and help generate resources for interventions.

"Preventing and eliminating child labour is an ethical and legal imperative that we cannot afford to ignore or postpone any longer. This new Global Alliance will help accelerate progress in this area and I lend my strong support to this initiative" stressed SRSG Santos Pais. In 2006, the United Nations Study on Violence against Children had underlined the high incidence of violence in the workplace, including ill-treatment by employers, sexual violence of child domestic workers, and the use of violence to coerce children to work and keep them in servitude, and to punish and control them. The UN Study recommended crucial actions to tackle child labour, including the ratification and implementation of international legal instruments – especially ILO Conventions 138 and 182 that are also now reinforced by Convention 189 on Domestic Workers; strengthening of domestic laws, policies and programmes to address its root causes and protect the rights of children concerned; and social mobilization initiatives to break the invisibility of this phenomenon and change mindsets that find child labour acceptable.

"Violence and child labour are closely interrelated and represent two manifestations of the same phenomenon. They have serious and life-long impacts on children’s lives; they have huge costs for societies and impede economic and social progress; and they are often socially accepted and take place in hidden and clandestine settings. But they are not inevitable: violence and child labour can be brought to an end! The new sustainable development agenda gives us a golden opportunity to make this happen. Alliance 8.7 can bring together governments, international organizations, academia, the media, employers, workers, and children themselves, to work hand in hand for the eradication of child labour as a matter of urgency" added Ms. Santos Pais.