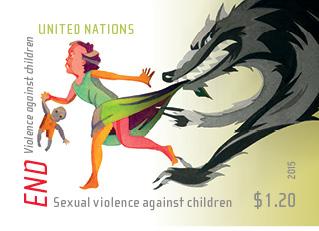 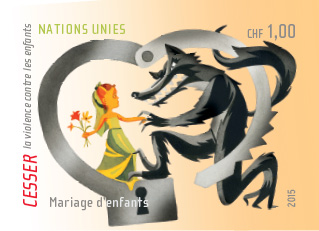 “This initiative is warmly welcomed as it helps to strengthen worldwide efforts to prevent and eliminate all forms of violence against children. And it is particularly timely as the international community is nearing the commemoration of the 10th anniversary of the endorsement of the UN Study on Violence against Children by the General Assembly and embarks on implementation of the Post 2015 development agendawith significant targets aiming at ending this phenomenon. The protection of children from violence needs to be more than ever at the front and center of policy action of every nation.” highlighted SRSG Santos Pais. 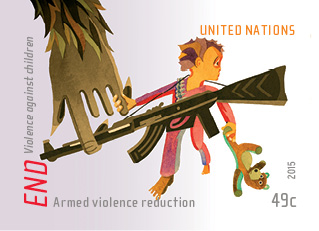 Violence against children occurs everywhere, including where children should be protected: within the home, in schools and in care institutions, as well as in public spaces. It occurs during conflict as well as in times of peace.

The protection of children from all forms of violence is a fundamental right, which the international community has solemnly pledged to safeguard for all children, everywhere and at all times. Unfortunately, violence remains a harsh reality for millions of children around the world. Violence hampers a child’s development, learning abilities and school performance. It inhibits positive relationships, provokes low self-esteem, emotional distress and depression and, at times, leads to risk taking, self-harm and aggressive behaviour. Moreover, violence is associated with serious economic costs for society, reducing human capacity and compromising social progress. 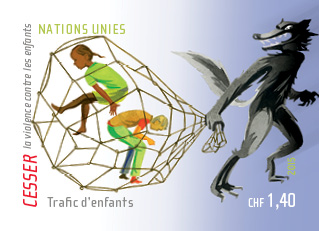 Every year almost a billion children between the ages of 2 and 14 are subject to physical punishment by their caregivers; 84 million girls are victims of emotional, physical or sexual violence at the hands of their husbands or partners; child trafficking continues to increase, in some regions reaching more than 60 per cent of identified victims; and 8 per cent of global homicides affect children under the age of 15, while more than 50 per cent affect young people below 30 years of age.

This new six stamp series by the artist Chris Sharp (USA) illustrates these poignant topics in a very thought provoking way and is a significant contribution to advocacy efforts designed to curb this serious phenomenon.

To purchase these stamps and to learn more about UNPA and its stamp programme, please visit unstamps.org or the UNPA stamp shops in New York, Geneva and Vienna and UNPA social media platforms on Facebook, Twitter, Pinterest and Instagram.