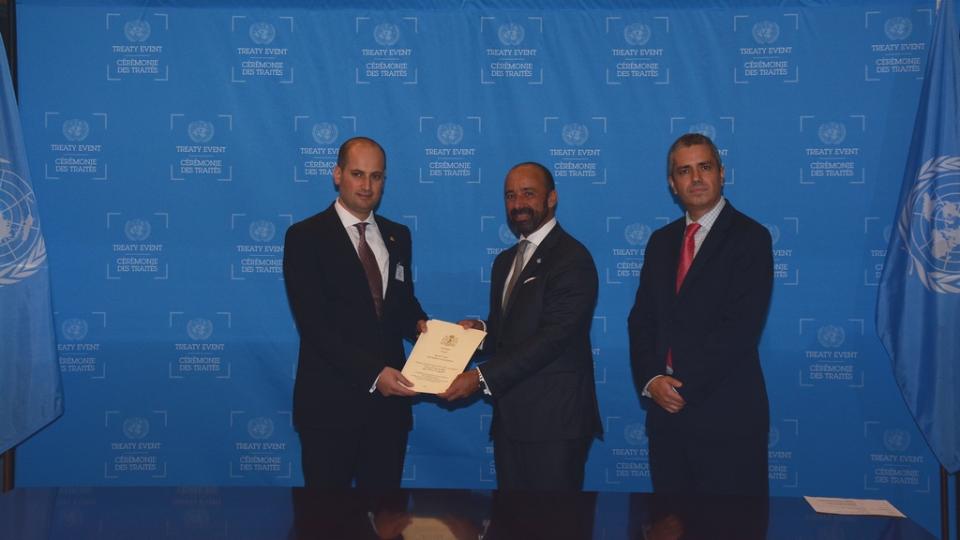 New York, 21 September 2016 - SRSG Santos Pais warmly welcomes today's ratification by Georgia of this important child rights treaty. With this significant step, 29 countries have now ratified the Optional Protocol on a Communications Procedure and 50 have signed it.

The Protocol allows children to bring complaints to the United Nations Committee on the Rights of the Child on violations of their rights.

To support the process of ratification and to ensure that the protocol is understandable for children, the Office of the SRSG has developed an advocacy tool that is available here.

"The Optional Protocol remains a high priority for my mandate and I call on all Governments to consider its urgent ratification." stated SRSG Santos Pais.

The Optional Protocol on a communications procedure was adopted at the sixty-sixth session of the General Assembly of the United Nations by resolution 66/138 of 19 December 2011, opened for signature in Geneva, Switzerland, on 28 February 2012 and remains open for signature thereafter at United Nations Headquarters in New York.