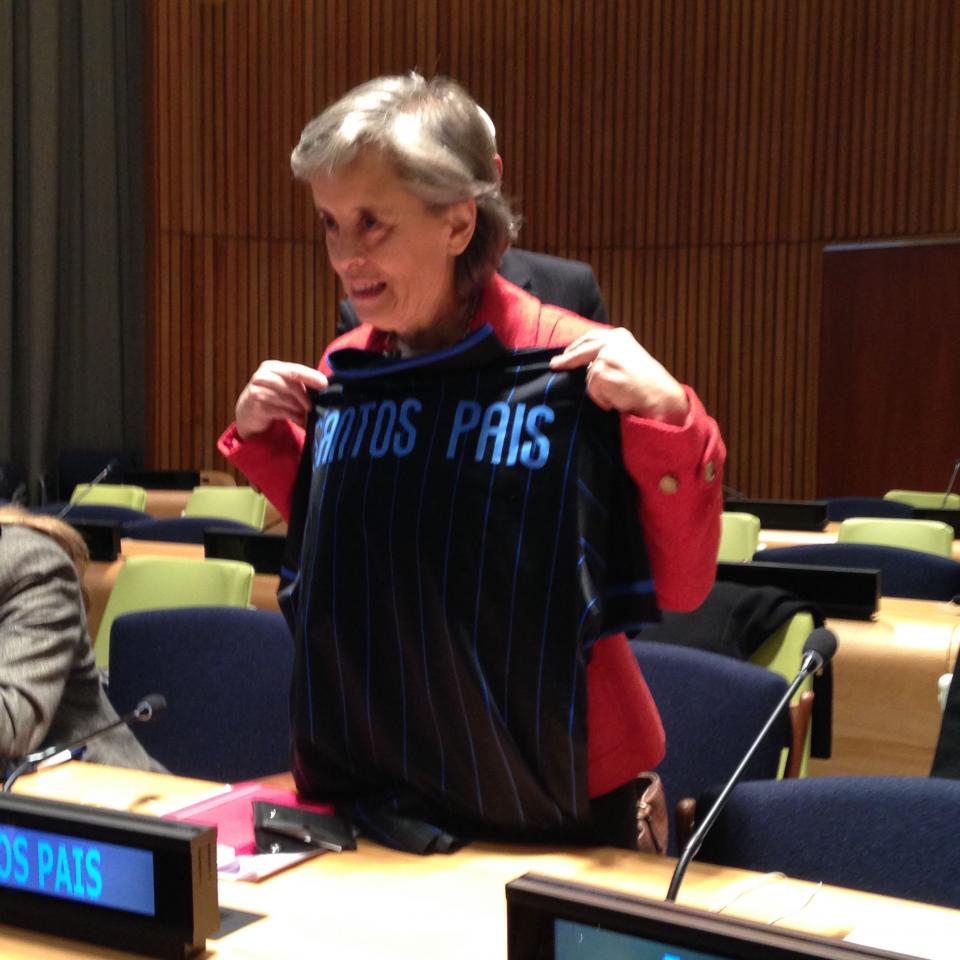 New York, 15 December 2014 - The Special Representative of the Secretary-General on Violence against Children participated in a high-level event “Children, Sport and Development – CRC@25: achievements and looking to post-2015”, at the Trusteeship Council Chamber at the United Nations headquarters in New York.

Co-organized in the framework of the 25th anniversary of the adoption of the Convention on the Rights of the Child by the Permanent Missions of Italy and Jamaica, the Office of the Special Representative of the Secretary-General on Violence against Children, UNICEF and the United Nations Office on Sport for Development and Peace, the event aimed to promote the right of the child to sports and its positive contribution to children’s health, education, development and well-being, while noting its associated risks.

“The year of the 25th anniversary of the Convention on the Rights is about to close; but our game is not over. Indeed, we still have a crucial match to win: we still have to defeat violence against children”, Santos Pais said. In this regard, she urged, “the shaping of the Post 2015 global development agenda represents a unique opportunity to score!”

In her statement, Ms Santos Pais recalled the special place sports have in childhood.
While highlighting sport as a school of values, “where respect for diversity, tolerance, solidarity and equality have very concrete expressions”, the SRSG also noted the darker side of children’s participation in sports. Although there is limited information on the topic, we know from research that “sport does not always focus on the best interests of the child, and children in sport are exposed to incidents of violence”, including physical, sexual and emotional abuse and humiliation, as well as exploitation.

The SRSG recalled Governments’ accountability to prevent and address the risks children face in sports and highlighted the crucial actions that are needed in this regard: these include enacting national legislation to ban all forms of violence against children in sports and in all other settings; developing national child-centered, multidisciplinary and time-bound strategies to prevent and address incidents of violence, involving all relevant actors, such as sports governing bodies, at national and international levels, and private sector sports organizations; establishing effective oversight mechanisms of structures and facilities where children practice sports; raising awareness to change attitudes on the social acceptance of violence against children, targeting schools, sports structures and federations, coaches, parents and caregivers, and associating high profile players and athletes who are important role models for children and society in these effort; integrating child protection and wellbeing in the business model of sports teams; using major sporting events as opportunities to promote fair and safe play and children’s freedom from violence; and enhancing effective evidence-based action by investing in data and research on violence against children in sports.

Other top participants in the event: