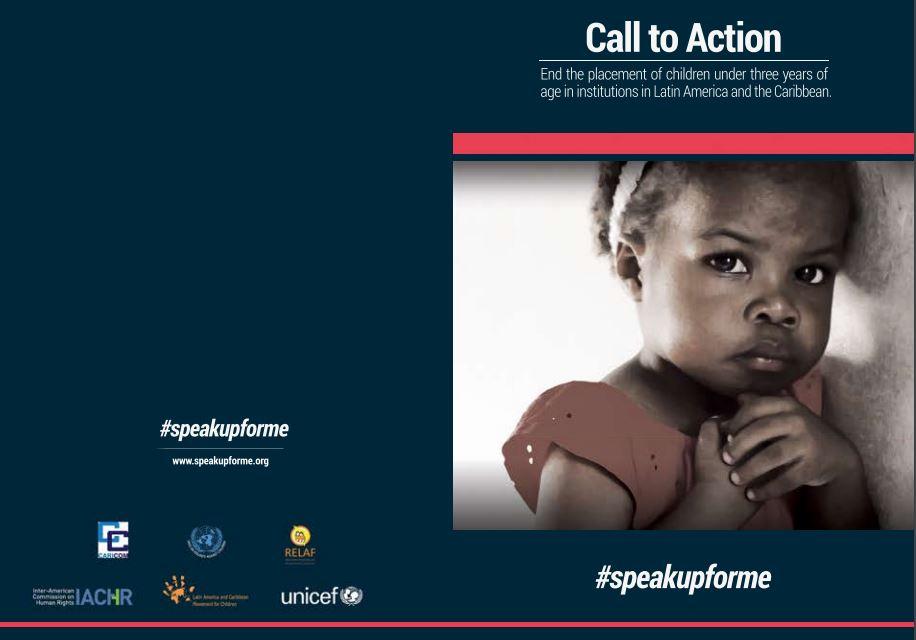 New York, 7 January 2014 - We urge Latin American and the Caribbean States to put an end to the placement of boys and girls under three years of age in residential care institutions. Most countries in the region rely disproportionately on institutionalisation as a child protection strategy despite the fact that this approach should be used only in exceptional circumstances.

The lack of official data disaggregated by age obscures the issue of the institutionalisation of boys and girls under three. However, the little information that is available clearly demonstrates the seriousness of the problem for girls, boys and adolescents: it is estimated that more than 240,000 children live in institutions.

Even though all Latin American and Caribbean States have ratified the United Nations Convention on the Rights of the Child (CRC) and have made clear advances in the adaptation of national laws and institutions to its standards, the number of children living in institutions is still extremely high.States that have ratified the CRC have specific obligations in relation to the protection of children that oblige them to take action.

Furthermore, the Guidelines on the Alternative Care of Children, adopted by the UN General Assembly in 2009, explicitly establish the need to prevent the institutionalisation of boys and girls under three, given the severe impact this has on their development and the fulfilment of their rights. Consequently, in order to guarantee the rights of boys and girls to grow up in a family environment, we call upon States in the region to take action to end the placement of boys and girls in residential care institutions through the implementation of reforms to child protection systems – appropriate and respectful of the cultural characteristics of the families – that aim to prevent any further residential institutionalised care placements and accelerate the return of boys and girls currently living in institutions to family-based environments.