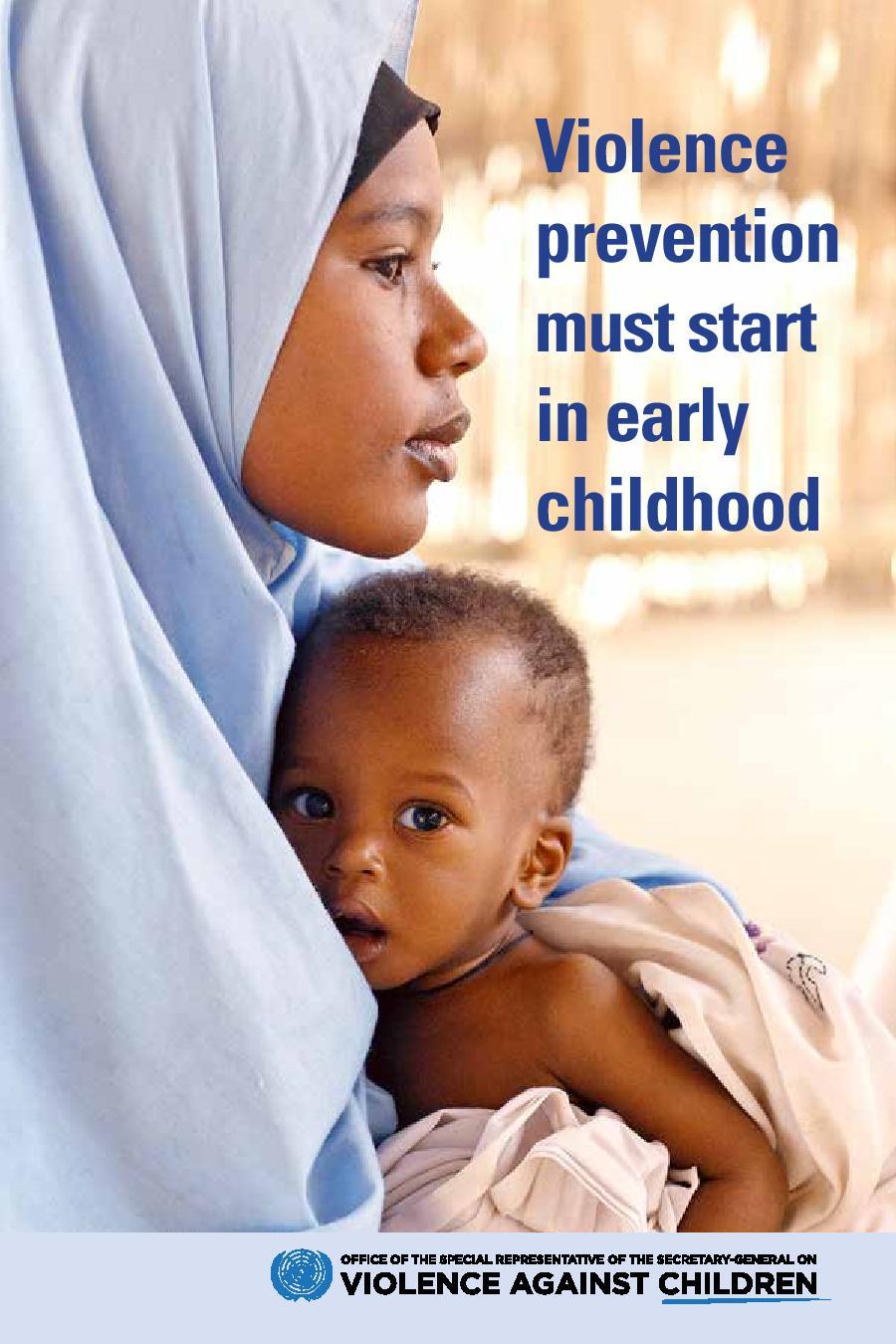 Geneva, 8 March 2018 - “A world free from fear and from violence, where no one is left behind, is the ambitious vision of the 2030 Agenda for Sustainable Development,” recalled SRSG-VAC Marta Santos Pais in her Annual Report to the 37th session of the Human Rights Council (February-March 2018).

Agenda 2030 recognizes the crucial role played by early childhood development in creating peaceful, prosperous societies, giving important impetus to realizing the rights of every child to grow up in a safe, nurturing environment through SDG Target 16.2: to end all forms of violence against children, and SDG Target 4.2: to ensure children have access to quality early childhood development.

“Ending violence in children’s lives starting in early childhood is first and foremost a question of children’s rights,” said Santos Pais. “But it is also a highly cost-effective strategy, leading to better health and education and to increased national wealth, while reducing the social cost of addressing the long-term consequences of violence in childhood. As scientific evidence shows, a violence-free early childhood truly matters: the first 1,000 days of a child’s life are the foundation for a person’s whole future development.”

“Neglect, abuse and maltreatment in early years compromises children’s development and leads to fear, anxiety and depression, poor school performance, risky behaviour and self-harm,” noted Santos Pais. “But a loving and nurturing family environment helps to secure children’s health, nutrition, early learning and sense of belonging, to develop young children’s resilience in the face of adversity, and to protect them from stress.”

This is why violence prevention must start in early childhood! It helps provide children the opportunity to fulfil their potential, pursue opportunities and participate fully in society as active citizens and agents of change, thereby helping to advance progress in achieving SDG targets 16.2 and 4.2.

“Investment in early childhood may cost as little as $0.50 per child per year when combined with other services. But when this opportunity is missed, countries may forfeit as much as two times their current expenditures of GDP on health and education,” added SRSG Santos Pais.

“Early childhood is a crucial stage in everyone’s life which is why we have issued a new booklet called ‘Violence prevention must start in early childhood’, that I encourage you to read - online or offline.”

Santos Pais’ annual report also highlights several other key areas of progress achieved in 2017 to strengthen children’s freedom from violence and accelerate progress towards the SDG 16.2 target of zero violence against children by 2030. These include major initiatives aimed at sustaining and scaling up efforts to ensure children’s protection from violence at the global and regional levels – especially through the adoption of Regional Plans to prevent and respond to violence against children -  as well as through strategic national implementation efforts.

National level progress includes the adoption by an increasing number of countries of action plans on violence against children. For example,

·         Cambodia, Mexico, Paraguay and Tanzania launched national plans of action aligned with the 2030 Agenda to end violence against children which were developed through a wide participatory process, including the important participation of children;

·         France adopted a new inter-ministerial plan of action to combat violence against children, which   aims to support families in their child-rearing responsibilities, promote positive parenting practices and break the invisibility of violence;

·         National legislation to ban all forms of violence against children and protect child victims gained new ground across regions, including Mongolia, Lao People’s Democratic Republic, Vietnam, Lithuania, Slovenia, Ireland, Benin, Paraguay and Peru, bringing the number of countries with a comprehensive legal ban to over 50.

·         Brazil adopted a comprehensive legislation to safeguard the rights of child victims and witnesses of violence, including by foreseeing child sensitive counselling, reporting and complaint mechanisms and proceedings;

·         Malaysia’s Sexual Offences against Children Bill was adopted in 2017, strengthening children’s protection from online sexual abuse and exploitation, and criminalizing the grooming of children;

·         El Salvador, Honduras and Trinidad and Tobago raised the minimum age of marriage to 18, while Jordan, Tunisia and Lebanon made important progress in legislation aimed at ending impunity for sexual offences against children, through their repeal of legal provisions allowing rapists to avoid prosecution by marrying their victims.

In her report, SRSG-VAC Santos Pais also highlights two priority issues for millions of children around the world: the protection from neglect, abuse and exploitation of migrant and refugee children on the move; and, children’s freedom from bullying.

“The rights of children on the move, so often compelled to flee their homes because of violence, will remain a high priority for our mandate and we remain strongly committed to ensuring this topic is given due attention in the global compacts for migration and refugees,” said Santos Pais. “My Office is preparing a thematic report to document and promote action to prevent the serious forms of violence that far too many migrant and refugee children face every day.”

“Bullying and cyberbullying - top concerns for children globally - are often part of a child’s continuum of violence. Bullying may start in the school-yard, be endured in the neighbourhood and then increasingly be continued in cyberspace. The follow-up report of the Secretary-General on protecting children from bullying, which my office is supporting, provides a strategic opportunity to document national implementation efforts, positive experiences and initiatives, as well as persisting and emerging concerns where urgent action must be taken.”

“Finally, 2019 provides a special milestone we simply cannot miss,” highlights Santos Pais. “2019 marks the 30th anniversary of the adoption of the Convention on the Rights of the Child, which made it imperative to ensure the protection of every child from all forms of violence, everywhere and at all times. Moreover, in 2019 the High-Level Political Forum will review progress of SDG 16, including SDG target 16.2 to end all forms of violence.”

“We must seize this unique moment in history to make a quantum leap in our efforts – documenting positive developments and lessons learned in ensuring children’s safety and protection, identifying how to best address persisting challenges and continuing to monitor and accelerate progress to end all violence against children.”

“Let us make of 2019 a turning point in our efforts with partners around the world to transform the continuum of violence - which begins in early childhood - into a continuum of protection throughout each and every child’s life.”

Annual Report of the UN Special Representative of the Secretary-General on Violence against Children is available in all six UN official languages here: Annual Report 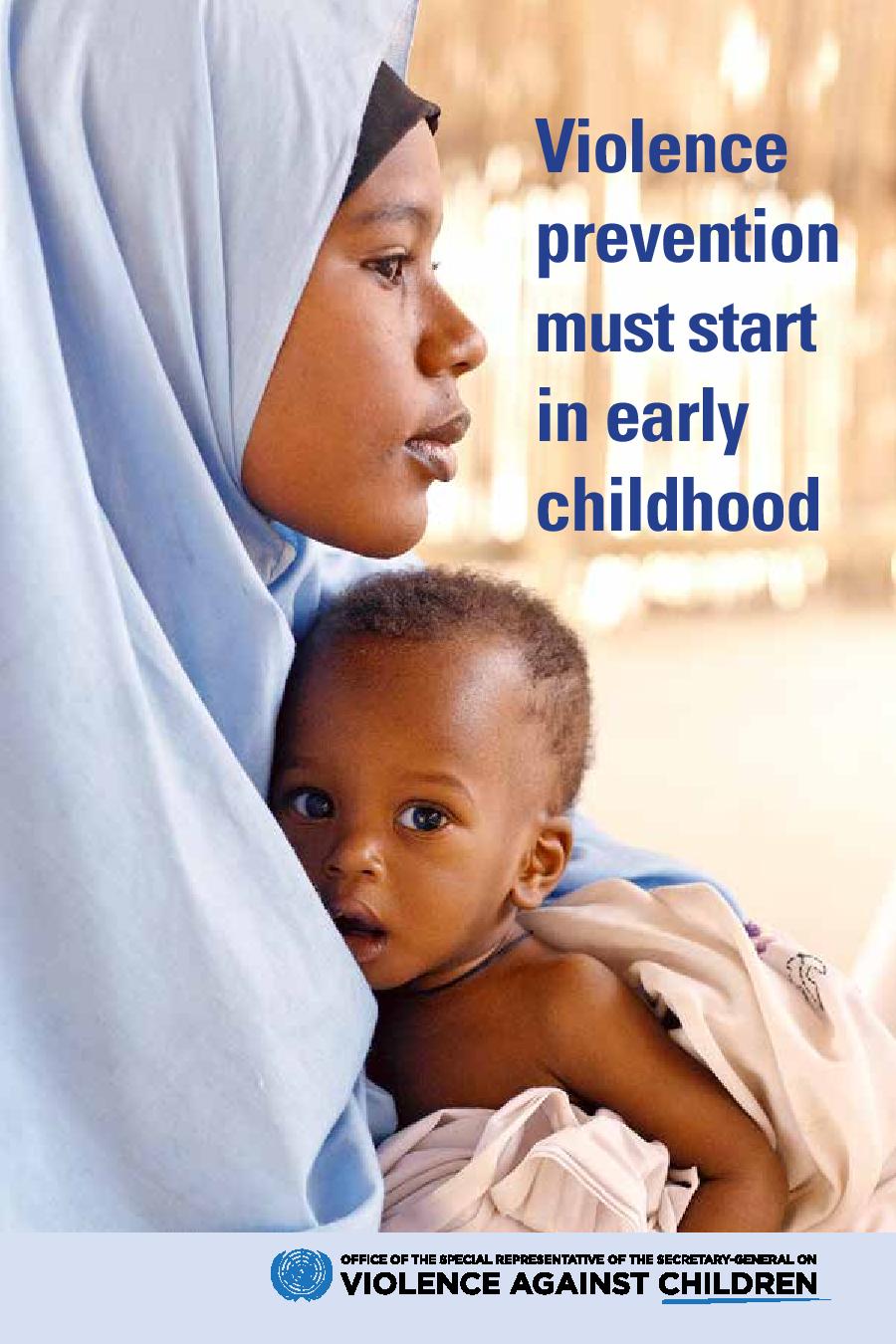