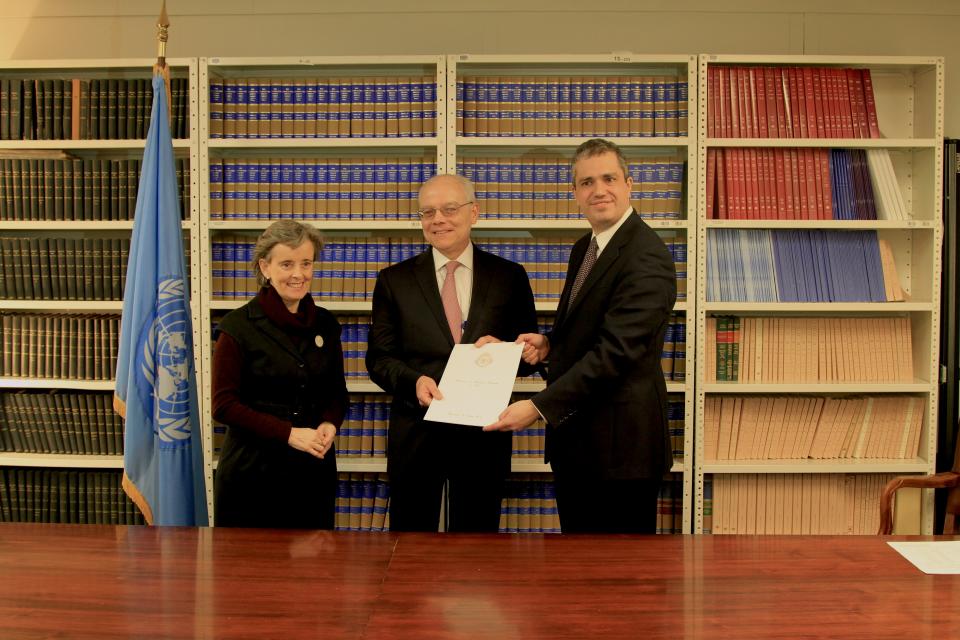 New York, 14 January 2014 -  The Special Representative of the Secretary-General on Violence against Children, Ms. Marta Santos Pais welcomes the ratification by Costa Rica1 of the Optional Protocol on a Communications Procedure which paves the way to the historic entry into force of the Protocol on 14 April 2014.

“With the establishment of a communications procedure, the Optional Protocol places the rights and aspirations of children at the center of the human rights agenda and makes a landmark contribution to this year’s commemoration of the 25th anniversary of the Convention on the Rights of the Child”, said the Special Representative.

The Optional Protocol was adopted by the General Assembly in December 2011 and, in line with its article 19, will enter into force three months after the deposit of the tenth instrument of ratification. The Protocol establishes an international system of complaints and allows the violation of children’s rights to be examined by the Committee on the Rights of the Child.

The Optional Protocol recognizes children’s legal standing to seek redress for the violation of their rights, either directly or through a representative, and it requires States Parties to establish domestic remedies which need to be exhausted before a complaint is examined by the Committee.

The Protocol urges States to ensure the translation into national languages and the wide dissemination of this treaty. Children need to be informed too. For this reason, the Special Representative published a child-friendly version of the Protocol. This child friendly publication aims to raise children’s awareness about their rights and to enhance children’s confidence to speak up and seek support when they are at risk.

The Special Representative will continue to promote the ratification of this child rights treaty in collaboration with UN partners, regional organizations and civil society allies, including children and young people.

Text of the Optional Protocol on a Communications Procedure

Child-friendly version of the Optional Protocol on a Communications Procedure

Status of Ratification of the Optional protocol on a Communications Procedure