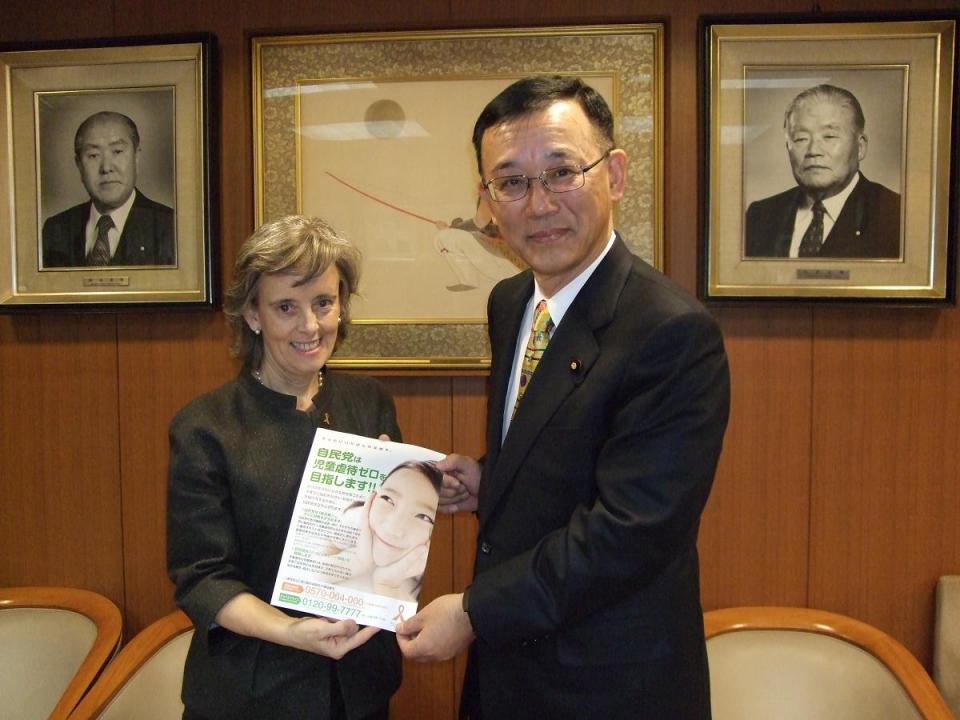 Tokyo (Japan) 10 February 2012 - On a four day visit to Japan, the SRSG advocated for the strengthening of national legislation to prohibit all forms of violence against children, including within the home, fight child pornography and to promote the signature and ratification of the new Optional Protocol to the Convention on the Rights of the Child on a communications procedure, adopted by the UN General Assembly on 19 December 2011.

The SRSG held important meetings with high level officials, including the Minister for Health, Labour and Welfare, the Parliamentary League for Supporting Child-Line, the President of Parliamentarians for UNICEF and the Japan Federation of Bar Associations, as well as with UNICEF Office and Japan Committee for UNICEF.

Important meetings were also held with civil society organizations on child rights and ending violence against children, as well as children affected by the 2011 earthquake and tsunami in the Fukushima region.

During her visit, the SRSG addressed a Children Rights Symposium on the prevention and elimination of violence, alongside with national authorities, professional associations and experts, and young people from Japan.