SRSG welcomes progress in the ratification process of the Optional Protocol to the Convention on the Rights of the Child on the Sale of Children, Child Prostitution and Child Pornography 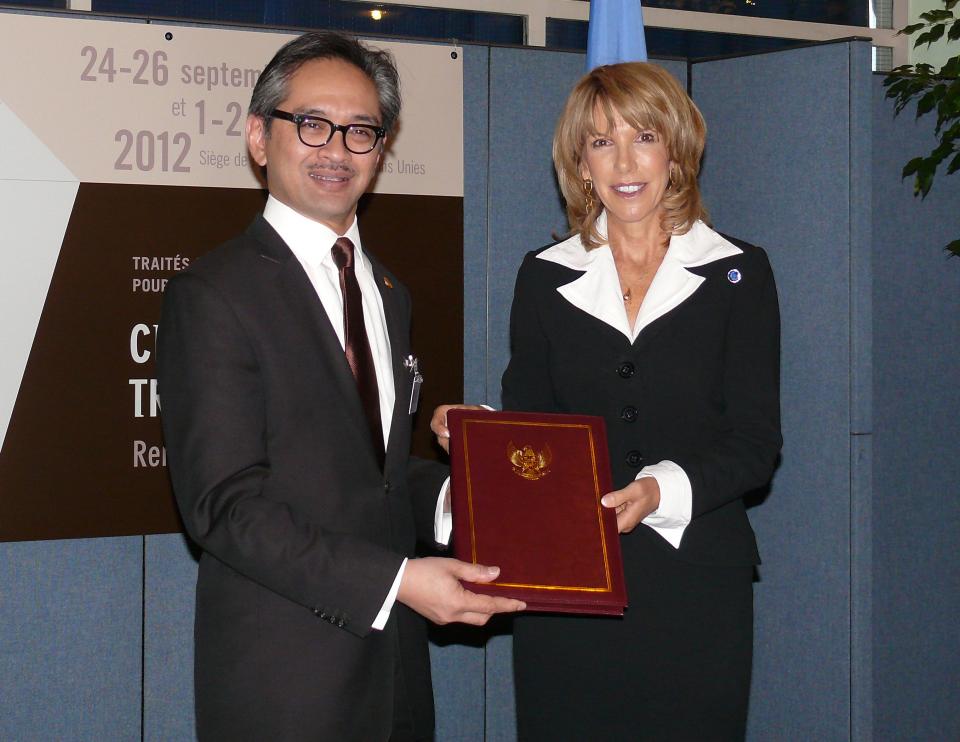 New York, 24 September 2012 - The Special Representative of the Secretary General on Violence against Children, Marta Santos Pais, welcomed today the ratification of the Optional Protocol to the Convention on the Rights of the Child on the Sale of Children, Child Prostitution and Child Pornography, by Indonesia, deposited by the Foreign Minister, Dr. Natalegawa. The event was hosted by Patricia O'Brien, Under Secretary-General for Legal Affairs and the UN Legal Counsel.

“The Government of Indonesia is to be congratulated for joining the 158 States which are parties to the Protocol. This is a strong expression of commitment to protect children from violence and prevent the risk of their exploitation as victims of sale, prostitution or pornography. I want to express firm commitment to collaborate with the Government of Indonesia in fulfilling the obligations established by the Optional Protocol”.

The Protocol supplements the Convention on the Rights of the Child and provides detailed guidance to support States in their efforts to prohibit, prevent and bring to an end incidents of sexual exploitation of children, and to protect children from being sold for non-sexual purposes, including forced labour, illegal adoption and organ harvesting.

“Around the world, there is growing support to the UN Campaign aiming at the universal ratification of the Optional Protocols to the Convention on the Rights of the Child and I am positive that with this new ratification very soon we can celebrate comprehensive regional commitment in the Asia Pacific region”, said the Special Representative.

During the Treaty event Swaziland ratified and Russian Federation signed the Optional Protocol on the Sale of Children, Child Prostitution and Child Pornography.