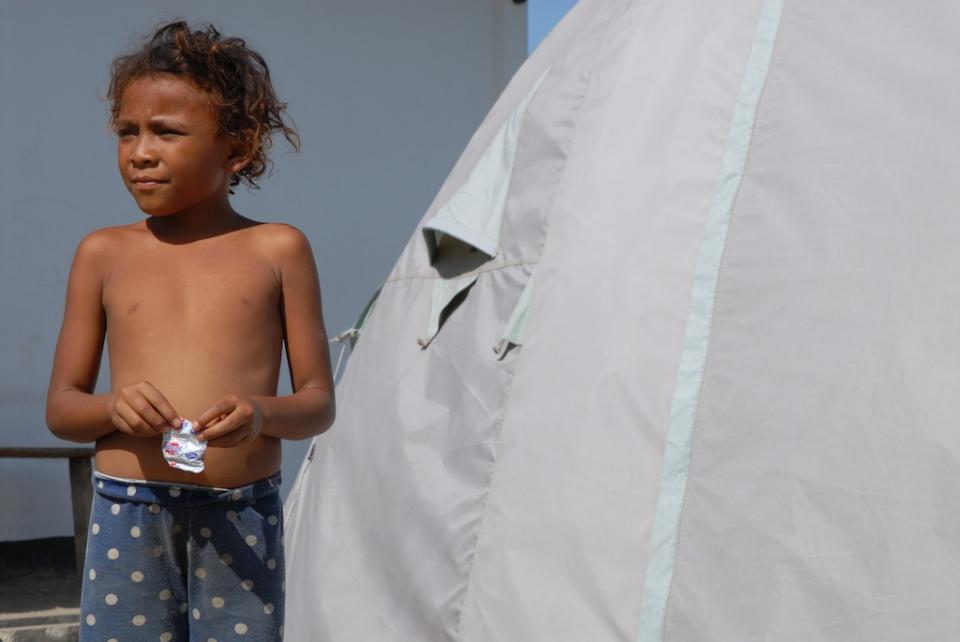 New York, 18 December 2016 - "On International Migrants Day it is imperative to stand up for the rights of migrant children, especially for those who are traveling unaccompanied or separated from their families. It is crucial to transform the continuum of violence that shapes their lives into a continuum of protection of their fundamental rights", stressed SRSG Santos Pais

Time and time again, children’s decision to leave their communities has become an escape strategy to secure their safety and protection, to reach a safe haven from political instability, conflict, violence and exploitation.

Indeed, for children on the move, violence infuses daily life: fear is widespread and there is a profound sense of insecurity and impunity.

In their neighborhoods, countless children experience horrific scenes that no child should exposed to: the killing of their parents, the rape of their sisters, the forced disappearance of their friends.
Children may be exposed to street crime and community violence, and to systematic threats and extortion, or suffer the harassment of gangs and organized crime networks within or around their school. Many are manipulated and forced to support criminal activities, including as monitors of places where drugs or arms are trafficked, or where smugglers take action.

When faced with this continuum of violence, children feel ready to embark on a perilous journey of uncertainty and confront serious risks in the hope of finding a place of safety and security. But the risks are high at every step of the way.

During their journey and upon arrival in a destination country unaccompanied children are particularly vulnerable to coercion, abuse, exploitation and trafficking, as well as racist and xenophobic attacks.

Girls face serious risks due to their young age and gender. While some are lured by traffickers under false promises of safety, education or a future job, others may be on the move to escape sexual abuse or the threat of forced marriage.

More often than not migrant children fail to benefit from the protection they are entitled to, at times being perceived as interlopers rather than victims at risk as they cross borders in search of a safe country of destination.

Migrant children may lack proper documentation or not speak the local language. But mostly they are simply too frightened to report incidents, to speak about the trauma they have endured. They fail to seek help, including medical help, for fear of a negative impact on pending decisions on their status or out of fear of arrest or deportation.

Many may end up confined in airports, harbour facilities or islands; placed in detention centres, prisons or cells for military personnel, even in containers with no windows, at times placed in complete isolation. Deprivation is never in the child’s best interests and is associated with heightened risk of violence.

All this leads to an aggravated sense of hopelessness and has a severe impact on children’s development and well-being. As a result, children experience fear, anxiety, panic, depression, sleeping disorders, mental health problems, and increased risk of self-harm.

These children have been left far behind! For them, the universal and inalienable human rights of each and every child seem a very distant and illusory goal.

The world must address their desperate situation with a deep sense of urgency and stand up for their care and protection because they are children first!