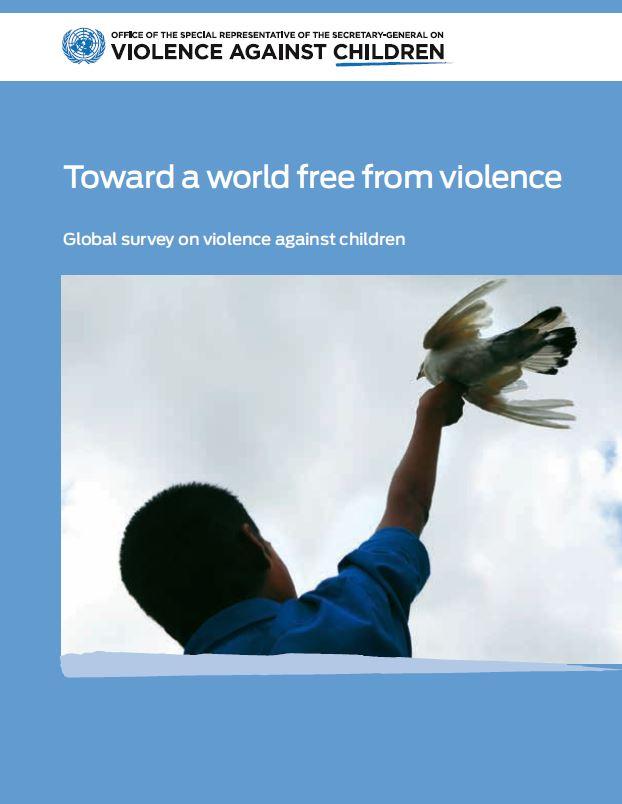 Message by United Nations Secretary-General, Ban Ki-moon for the Global Survey on Violence against Children

Freedom from fear and violence, and respect for the dignity and inalienable rights of all members of the human family, lie at the heart of the United Nations agenda. These values are the very foundation of cohesive and prosperous societies.

Our efforts to end violence, whether state-sponsored or embedded in deep-rooted conventions or harmful practices, must start with the protection of our youngest citizens. Every child has the right to freedom from all forms of violence. This is not just common sense and basic morality; it is also an international legal obligation, as defined in the Convention on the Rights of the Child, the world’s most widely ratified human rights treaty.

Without the threat of violence, girls and boys are free to develop their talents and skills to their full potential and shape their future. The potential for positive change is enormous, but for now, violence remains a pervasive phenomenon that blights the life of millions of children, haunts entire communities and stifles the   prospects for sustainable development and social progress.

As underlined in this Report, violence against girls and boys cuts across boundaries of age, race, culture, wealth and geography. It takes place in the home, on the streets, in schools, in the workplace, in detention centres and in institutions for the care of children. For countless girls and boys the world over, childhood is described by one word: fear.institutional response. The Report’s findings and recommendations point the way towards a future in which children are able to grow up well-nourished, in good health, well-educated, resilient and free from violence. We owe a childhood without fear to each and every one of our children.